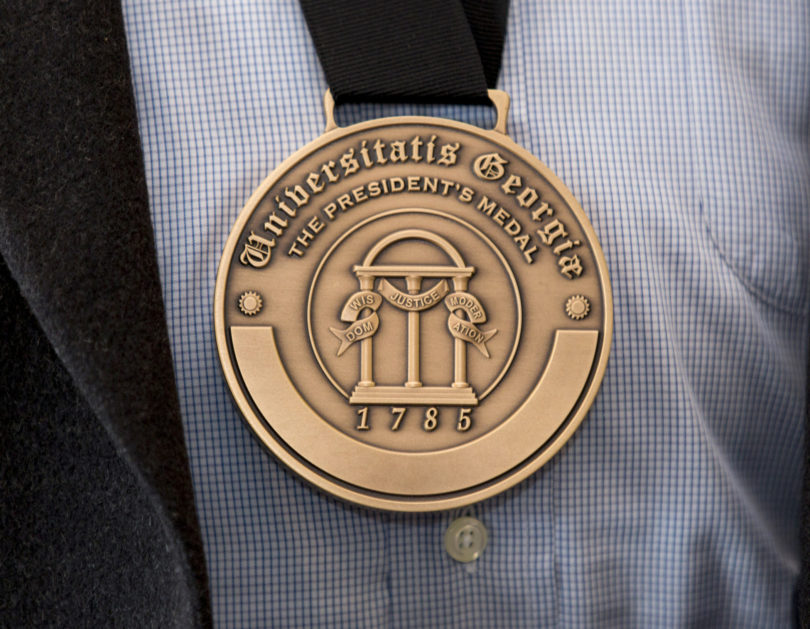 The University of Georgia bestowed one of its highest honors on Loch K. Johnson, Regents’ Professor Emeritus, and the late Richard M. Graham, former director of the Hugh Hodgson School of Music and the first full-time African American faculty member at UGA, in an award ceremony on Jan. 27.

The President’s Medal recognizes extraordinary contributions of individuals who are not current employees of UGA and who have supported students and academic programs, advanced research and inspired community leaders to enhance the quality of life of citizens in Georgia. The honor is awarded in conjunction with UGA’s annual Founders Day celebration.

“Dr. Johnson and the late Dr. Graham are both tremendously important figures in the history of the University of Georgia,” said President Jere W. Morehead. “Their contributions of scholarship, leadership and service will be remembered for generations by those of us at this institution and in our state and nation.” 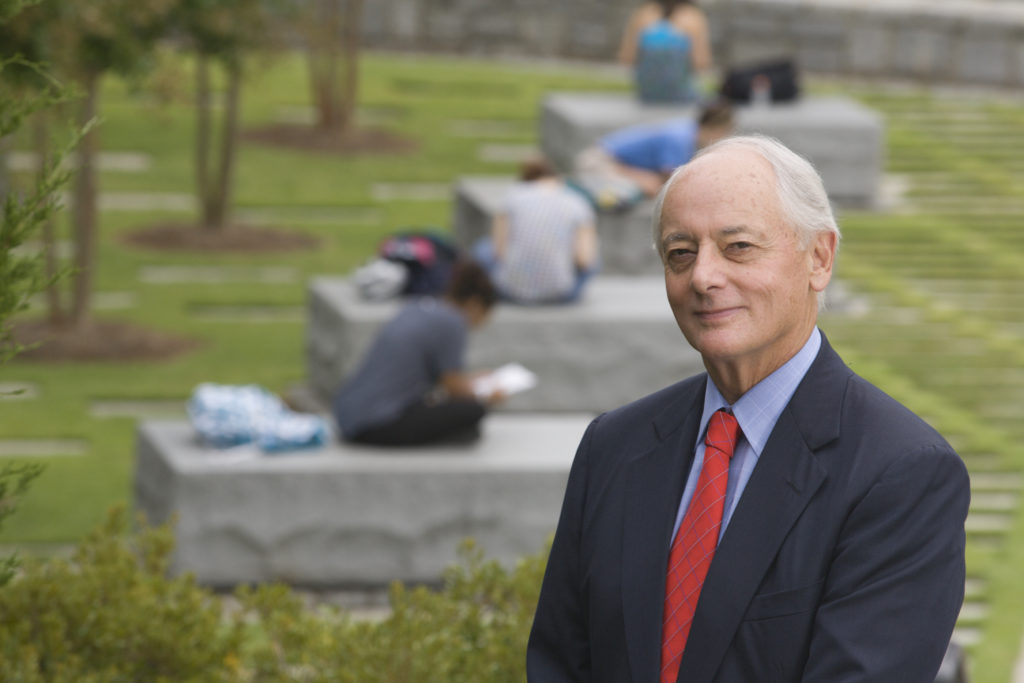 Johnson, University of Georgia Regents’ Professor Emeritus of Public and International Affairs, served the university for more than 40 years before retiring in 2019. During his time at UGA, he made many contributions to teaching, research and public service.

He was a leading force in the creation of the School of Public and International Affairs, which quickly joined the ranks of the best public affairs schools in the country. U.S. News & World Report has consistently ranked SPIA as a top 10 public affairs program since its creation in 2001.

Johnson also was a respected teacher and mentor. He was named Educator of the Year in the 1986 Pandora yearbook, which was the result of a university-wide student vote. Two years later he received UGA’s highest teaching honor—the Josiah Meigs Distinguished Teaching Professorship. He was the recipient of the Honors College Honoratus Medal in 1997, served as a founding member of the UGA Teaching Academy in 2000 and was recognized as the inaugural Southeastern Conference Professor of the Year in 2012.

Born in Auckland, New Zealand, Johnson received his Ph.D. in political science from the University of California, Riverside in 1969. He began his academic career as an assistant professor of political science at Ohio University before taking a hiatus from academia to work in government. Among his posts in Washington, D.C., he served as the special assistant to the chairman of the Senate Select Committee on Intelligence Activities, more commonly known as the Church Committee.

Johnson joined the University of Georgia in 1979. He is the author of more than 200 articles and essays and the author or editor of 30 books on U.S. national security. 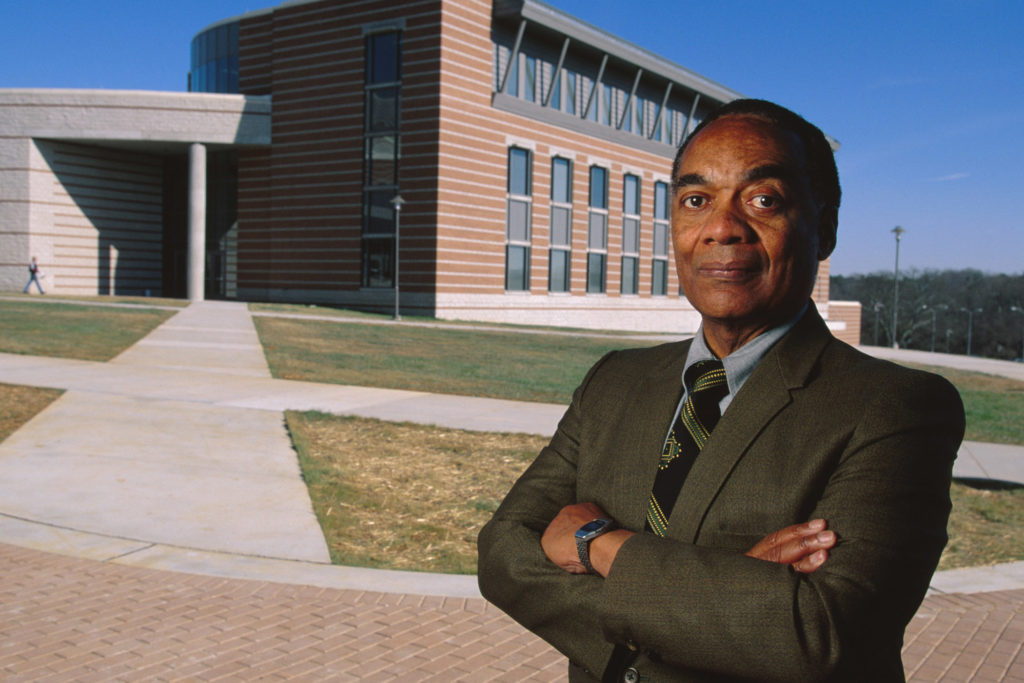 The late Richard Graham, former director of the Hugh Hodgson School of Music in the Franklin College of Arts and Sciences, came to the university in 1968 as a visiting professor and permanently joined the faculty the following year, becoming the first full-time African American faculty member at UGA.

Graham was a pioneer in the discipline of music therapy, the application of music to restore, maintain or improve mental and physical health. Once considered a subgenre of music education, Graham was a leading force behind the establishment of music therapy as a separate discipline. He also was responsible for its establishment at UGA, transforming a fledgling program to one of the most respected programs in the country.

Born in Kansas City, Missouri, Graham took up piano at an early age and added the trumpet in high school. His college years were spent at the University of Kansas, where he earned a bachelor’s degree in music education in 1955 and a master’s degree in 1958.

After completing his internship in music therapy at Topeka State Hospital, he worked for three years at Logansport State Hospital in Indiana, serving a diverse client population. He then moved to Lincoln University in Jefferson City, Missouri, where he built an academic program from the ground up while completing his doctorate at the University of Kansas in 1965. He retired from UGA in 2000 after 32 years of service.

The President’s Medal ceremony is part of Founders Week, when UGA observes the date the university was established: Jan. 27. On this day in 1785, the Georgia General Assembly adopted a charter establishing the University of Georgia as the first institution of public higher education in America.