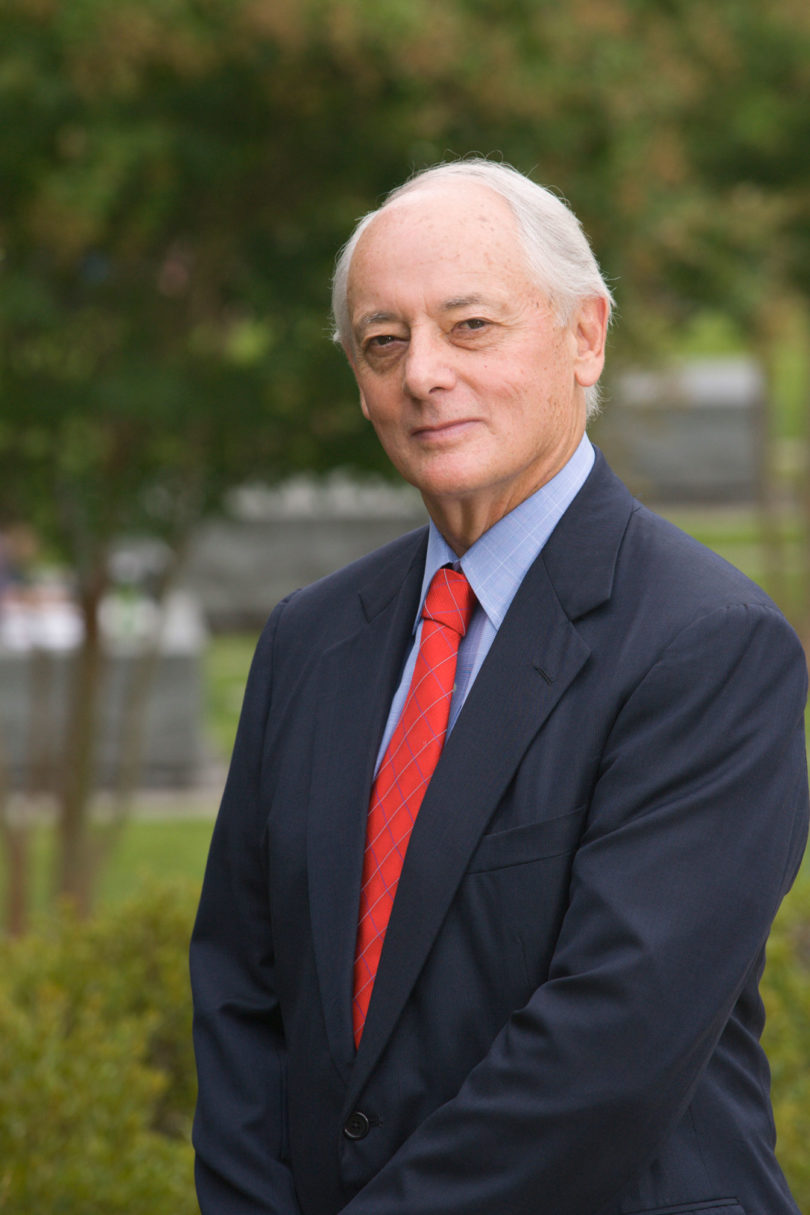 Athens, Ga. – Loch Johnson, a faculty member in the University of Georgia School of Public and International Affairs, was announced today as the inaugural recipient of the Southeastern Conference’s SEC Professor of the Year Award.

He was selected from among winners of the SEC Faculty Achievement Award presented to one faculty member from each SEC university in April. The awards honor faculty with outstanding records in teaching and scholarship who serve as role models for other faculty and students.

“In his more than 30-year career at the University of Georgia, Dr. Johnson has had an extraordinary impact on generations of students and at the same time has been a prolific writer and researcher in the areas of national security and U.S. intelligence operations,” said UGA President Michael F. Adams. “We are pleased that these achievements are being recognized by the SEC through the new Professor of the Year Award.”

Johnson previously has won institutional honors for his teaching and research. He holds the title of Regents Professor, an award given by the University System of Georgia to faculty whose scholarship is recognized nationally and internationally as innovative and pace setting. He also is a Josiah Meigs Distinguished Teaching Professor, UGA’s highest award for teaching at the undergraduate and graduate levels.

Johnson is the author of more than 20 books on national security and foreign policy, including National Security Intelligence: Secret Operations in Defense of the Democracies (2012) and The Threat on the Horizon: An Inside Account of America’s Search for Security After the Cold War (2011). This fall, he will teach a First-Year Odyssey Seminar for incoming UGA freshmen on “The CIA in War and Peace.”

In addition to his teaching and research, Johnson has served for the past decade as a mentor to undergraduate students involved in UGA’s Center for Undergraduate Research Opportunities. He also played a critical role in the establishment of UGA’s School of Public and International Affairs in 2001. Departments of the school are consistently ranked among the best in the nation.

“Loch Johnson has demonstrated a passion for connecting with students as a teacher and mentor and still manages to find new and interesting ways to immerse himself into the life of the university,” said Jere Morehead, UGA’s senior vice president for academic affairs and provost. “His track record of embracing ideas and moving initiatives forward from concept to reality is truly remarkable.”

In recent years, Johnson led efforts to create a memorial garden in tribute to members of the UGA community who have fallen in service and to erect a statute of Abraham Baldwin, UGA’s first president, on the university’s historic North Campus.

Johnson will be presented with the SEC Professor of the Year Award and a $20,000 honorarium at the SEC’s spring awards banquet at the end of May. The Professor of the Year Award is among several academic initiatives the Southeastern Conference has undertaken through its SEC Academic Consortium to encourage academic leadership and collaboration within the SEC membership.