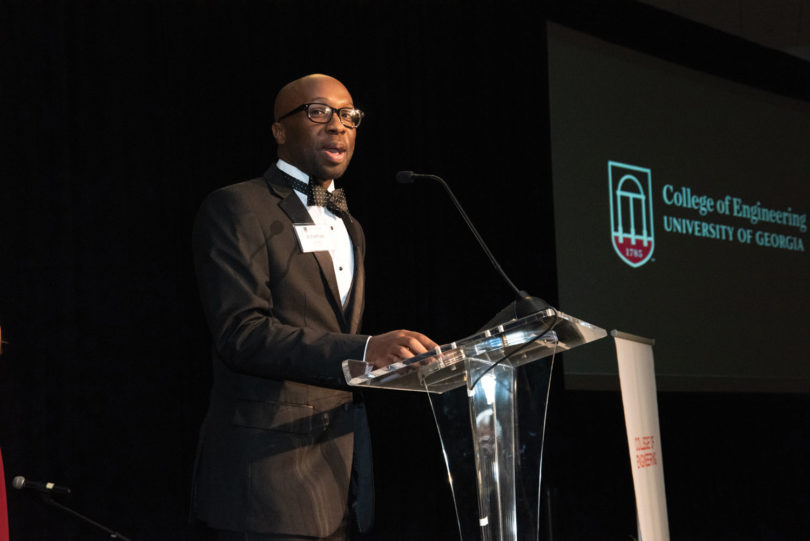 Biochemical engineer Jonathan Jones BSBChE '13 is dedicated to inspiring children to pursue their interests in science at school--similar to the way he learned to explore the world around him.

We are a society reliant on scientific innovation, from the screens we check at our desks to the food we eat at our tables. So, the public discourse around science—or really the lack thereof—is worrisome for an engineer like Jonathan Jones.

“I think society is due for a greater level of conversation about science because it’s not something that we should be afraid of,” he says.

Jones BSBChE ’13 is a biochemical engineer by training and works in project management for Corteva Agriscience, a global agricultural company based in Indianapolis.

For his part, Jones isn’t waiting for the conversation to start on its own. He’s taking the conversation to his community. Shortly after starting his job, Jones established the local chapter of Science Ambassadors in Harbor Beach, Michigan, which was aimed at bringing science to the community for all ages. His team engaged K-12 students through hands-on activities focused on topics such as where our food comes from.

“We were trying to teach them some of the main principles and techniques that we use in agriculture,” Jones says. That means digestible lessons on complex topics like genetics. To make these topics more approachable to early learners, they developed activities like DNA phenotype bracelets using colored beads, pipe cleaners, and mirrors to explain human traits like hair color and texture.

“Each of us are made up of the same components,” he says. “But when our components are assembled together in various ways, it makes each of us unique.”

The goal is to inspire the next generation of scientists and engineers and have those kids continue that conversation with their parents. Science Ambassadors is also an opportunity for Corteva Agriscience employees to engage with their communities. Jones has continued to stay engaged even after a move to Indianapolis.

For him, this kind of outreach is personal.

“I got interested in science, not inside my home, but at school,” he recalls. An elementary school science program inspired him to explore the world around him. He learned how to set up DIY experiments watching Zoom on PBS. His curiosity only grew as he enrolled at UGA as a first-generation college student. The possibilities of a career in science began to take shape—starting with a happy accident.

“I’m a planner, but some of my best decisions have been unplanned and it has always turned out amazing.”

In 2018, Jones was named to UGA’s 40 under 40. That same year, he was recognized at the annual Black Engineer of the Year Awards in Washington, D.C., for his leadership in the Science Ambassadors program. He looked to his past as well as the future when he accepted the Eugene M. DeLoatch Legacy Award.

“I’m where I am today because someone decided to invest in me, to believe in me, to inspire me,” he said. “I think the next generation is worth investing in as well.” 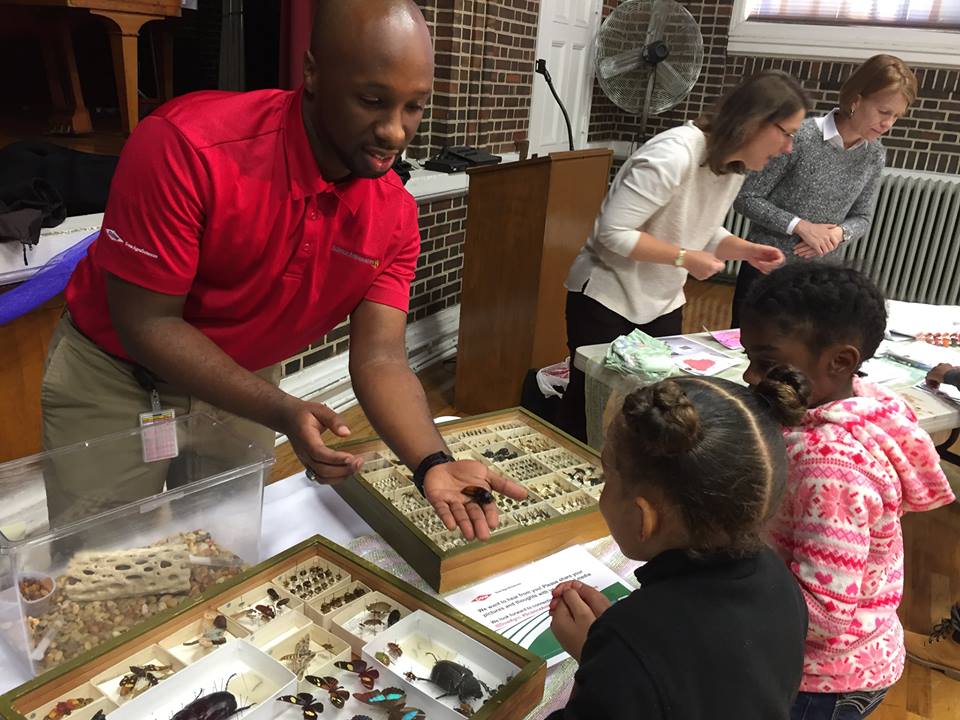 When he lived in Michigan, Jonathan Jones established a chapter of Science Ambassadors, a program designed to introduce science to K-12 students though hands-on programs and projects.