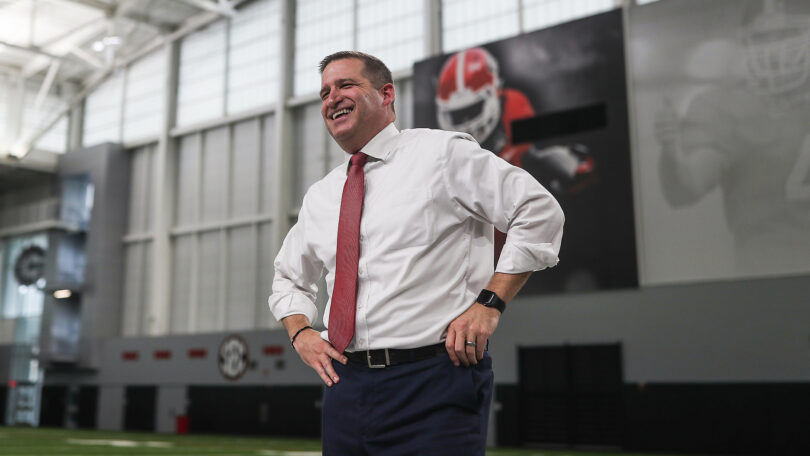 Josh Brooks, the newly named J. Reid Parker Director of Athletics at the University of Georgia, recently pledged $100,000 to create a need-based scholarship that will support UGA students from Athens-Clarke County.

“This generous gift reaffirms Josh’s commitment to the success of University of Georgia students,” said President Jere W. Morehead. “I am very excited about the future of UGA Athletics with Josh at the helm, and this scholarship gift is a terrific start to his tenure. Need-based aid is a vital tool to improve our university, so we are grateful to Josh for his support in that area.” 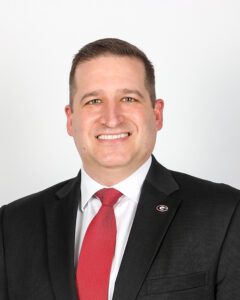 Brooks’ pledge came less than a week after he became UGA’s 12th director of athletics, his seventh post in 11 years working for the university’s athletic association.

“I love this town, this community, and I want to help make a difference here locally,” said Brooks. “I have three children who go to school here in Athens-Clarke County, I live here in Athens, and I’m aware of how many kids are in need in this county, so it is important to me to help these students find a pathway to the University of Georgia.”

Brooks’ gift will create a Georgia Commitment Scholarship, adding to the more than 550 endowed, need-based scholarships created under the GCS program since its launch in January 2017. These scholarships will be awarded in perpetuity and provide recipients with support through special on-campus programming in partnership with the Division of Academic Enhancement.

“Our new director of athletics has only been in the role a week, and he’s already making a positive impact at UGA,” said Kelly Kerner, UGA vice president for development and alumni relations. “Josh’s belief in the power of a UGA education—and the support he’s demonstrated as a result—will open doors for generations of students.” 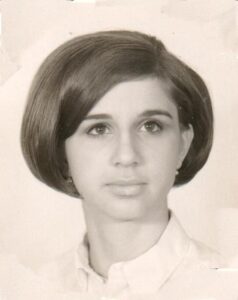 “Education was always important to her, it was something she always stressed with my children, her grandchildren,” said Brooks. “She had a heart of gold, and she was someone who always put other people first in everything she did.”

“For me, charity starts locally,” said Brooks. “So, when I was blessed with the opportunity to become director of athletics, I felt the responsibility to give back. The University of Georgia has done so much for me, and I felt it was important that I give back in a way that supports the university and the community I love.”