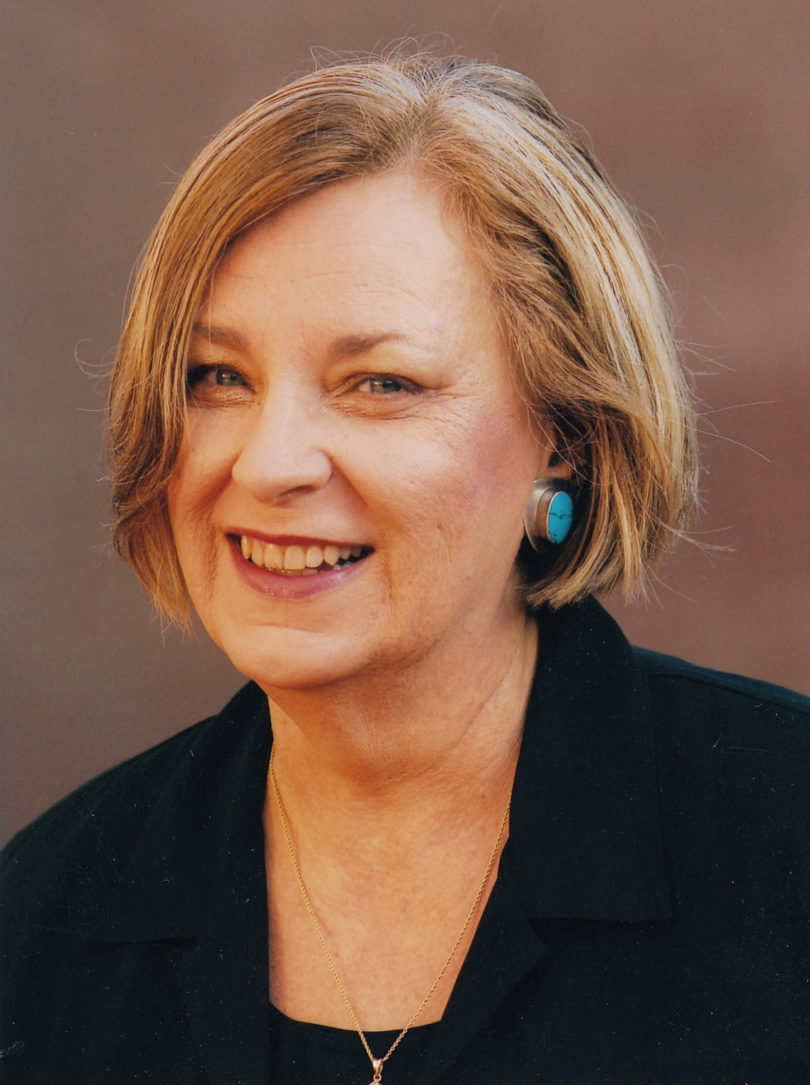 Four of UGA’s outstanding teachers will be named Josiah Meigs Teaching Professors at the Faculty Recognition Banquet April 22 at the Georgia Center. The professorship recognizes excellence in instruction at the undergraduate and graduate levels. Meigs Pro

“It was the only class I’ve had that wasn’t long enough,” wrote one student. “This course changed my life.” Another student explained, “Dr. Allen is by far the best instructor I’ve had at UGA. He is a model teacher adept at drawing students into an ongoing dialogue.”

Common themes appear when you read the words students have used to describe Christopher S. Allen’s efforts in the classroom over the years. In most, students focus on a unique ability to engage them in the learning process. And most contain one of these adjectives: best, stimulating, rigorous, thoughtful, caring, life-changing, intelligent, organized and challenging.

An accomplished scholar of European and comparative politics, Allen has an intense commitment to international understanding. To fully understand the economics, politics and cultures of other countries, Allen believes you must immerse yourself in other societies. Not only does he travel extensively to conduct research, he has taught in Oxford, the South Pacific and co-founded and serves as associate director of the UGA á Paris program. It comes as no surprise that he encourages his students to study abroad.

A faculty member at UGA since 1986, Allen has never given an in-class exam. Completely committed to a writing-intensive format, he believes that “the essence of clear thinking is accomplished through logical, analytical and well-supported written work.”

The intense writing, combined with Allen’s use of the Socratic Method, is designed to provide students with an intellectually challenging and stimulating experience.

“Few professors take on the task of reading 200 take-home exams and final papers for two undergraduate courses,” said Howard Wiarda, head of the department of international affairs. “Even fewer professors provide students with extensive multiple-page, single-spaced typed comments for each exam. With the help of innovative speech-to-text software, Dr. Allen does.”

Awarded numerous honors for his success in the classroom, Allen is also a highly regarded scholar and writer with an almost two-decade co-authorship of multiple editions of two textbooks, one in comparative politics and the other in European politics. Both textbooks consistently rank as the top one or two volumes in their respective fields.

Allen credits his ability to present complicated, often sophisticated material in the classroom to his experience publishing teaching materials.

“Engaging in this kind of writing for the past 20 years has forced me to focus on conveying ideas in as direct and clearly-stated manner as possible,” said Allen, who presently is completing the book Ideas, Institutions and Economic Policy in Developed Democracies.

One of his colleagues summed it up nicely, “Wherever you find excellence in our program, his presence is there.

When students come into James Coverdill’s classroom, they notice immediately what one former student calls his “extraordinary intellect and trademark enthusiasm.” Others are even less restrained in their praise of this much-honored teacher and scholar who has been at UGA since 1991.

His classes were “the highlight of my academic career,” one former student said, while another is even more effusive: “Dr. Coverdill is the single greatest teacher I have ever known.”

“Dr. Coverdill has demonstrated exceptional skills in the classroom and an unflagging dedication to the principles of higher education,” said William Finlay, head of the sociology department. “He is the highest-rated instructor in a department with many award-winning teachers, while teaching more students than any other faculty member in the department. Jim Coverdill epitomizes the ideal of the teacher-scholar.”

Coverdill’s scholarship has drawn national attention . He is the author of numerous papers in peer-reviewed journals and co-authored with Finlay the book Headhunters: Matchmaking in the Labor Market published in 2002.

His accomplishments in teaching as part of UGA’s Franklin College of Arts and Sciences also are exceptional. He has been the recipient of a Lilly Teaching Fellowship, a Special Sandy Beaver Excellence in Teaching Award, the Richard B. Russell Award for Undergraduate Teaching and the General Sandy Beaver Teaching Professorship.

Since 1999, he also has been an instructor in the Globis study-abroad program in Verona, Italy, as well, and has thus been closely identified in his department with the internationalization of education.

“He is always willing to share his knowledge with others, whether they are colleagues, students or former students,” Finlay said.

Still, it is in the classroom that his talents may shine most brightly. Many of his students and fellow faculty members note Coverdill’s “exceptional ability to make difficult material comprehensible without sacrificing rigor or complexity,” Finlay said. “His lectures, a tour de force of exposition, make the processes of teaching and explaining seem far simpler than they actually are.”

One former graduate student, now an assistant professor at another university, notes how Coverdill’s teaching and mentoring prepares doctoral students for their own careers.

“What impressed me most was his sincere interest and enthusiasm in student learning and the obvious enthusiasm he takes in his work,” she writes. “Dr. Coverdill has served as a tremendous role model and inspiration for me, and I believe I am a better teacher because of him.”

Some years ago, as a freshly minted teaching assistant in a beginning French class at the University of Wisconsin, Catherine M. Jones thought her job was to drill students in grammar, vocabulary, verb tenses and noun-adjective agreements. That illusion lasted only a few days. Soon she was, she said, “constantly reinventing her role as a teacher.”

Now, some 20 years after joining the Romance languages faculty at UGA, she is one of the university’s most honored teachers and an internationally recognized scholar in French medieval literature. As if that weren’t enough, she also helped establish the French Language Community at Mary Lyndon Hall and has supervised it since its inception in 2000.

“Perhaps her most outstanding quality as a teacher is her creativity,” said Nina Hellerstein, professor of French and interim head of the department of Romance languages. “Her courses include numerous imaginative uses of technology, visual and audio enrichments, varied activities and interdisciplinary approaches. From the beginning of her career here, Dr. Jones has been one of the most outstanding instructors in our department.”

Indeed, her fresh, unusual approaches to material have drawn notice since the beginning. A student once said,

“Dr. Jones is so good that she could teach a course on the phone book and people would sign up.”

Hellerstein noted that she once saw Jones’ “imaginative and dynamic teaching style when I heard one of her lectures entitled ‘The Grateful Dead,’ in which she traced the name of the rock band to its roots in medieval legend.”

Jones’ subject, medieval literature, however, is one of the more difficult areas in Romance languages, and the fact that she regularly brings it vibrantly to life for eager and interested students is a great tribute to her strong teaching methods, according to Hellerstein.

Jones is the author of two books, an edited volume and many scholarly articles. She often can be found examining manuscripts of Old French epic poetry in Europe.

Students have consistently rated her classes as among the best.

“I can say with absolute confidence that she is one of the best professors I had during my tenure as an undergraduate student at UGA,” one former student wrote.

How would Hellerstein describe Jones’ contributions? The word invaluable. She is clearly one of UGA’s best and most original teachers.

Lynne Sallot was a late bloomer to the teaching profession. At midlife, her career path took an abrupt turn when she decided to pursue her Ph.D. to teach full time.

Today, legions of former undergraduate and graduate students are grateful for the detour that brought the former executive to UGA’s Grady College of Journalism and Mass Communication.

What Sallot left behind was a successful 15-year career in travel/tourism and nonprofit public relations, culminating in her own public relations firm in Florida. For six years she also was a print journalist/editor in Toronto; Miami; Akron, Ohio; and Cleveland, Ohio, her hometown. This breadth of professional experience and her scholarship sets her apart and contributes to her teaching success.

“She intertwines her teaching and research with her vast professional experience so that one area of her career melds seamlessly into the others,” noted a development executive who has worked with many of Sallot’s former students. “She is the whole package, a rarity among public relations faculty today.”

One student noted that, “Her teaching has a perfect balance of motivation, challenge and passion,” while another said, “Invariably, students emerge from her classes with a heightened sense of their abilities.” Professionals in the field concur and attest that students graduate from her courses “ready to work.”

In those classes, Sallot frequently employs service-learning techniques. More than 100 of her students’ projects have benefited dozens of nonprofit and public organizations.

“Dr. Sallot has a unique ability to meld her long experience in public relations in the private sector with her personal commitment to community service and high ethical standards and knowledge of public relations theory in a manner which inspires students to learn and to use their knowledge to make contributions to society,” said Robert Boehmer, UGA’s associate provost for institutional effectiveness and extended campuses.

Promoted to full professor in 2007, Sallot is writing a textbook, Effective Public Relations Writing, to be published by Oxford University Press. She has edited the second and third editions of Learning to Teach: What You Need to Know to Develop a Successful Career as a Public Relations Educator.

As for her latest career, Sallot sees teaching as both a calling and a privilege.

“A professor once told me he never thinks on his way to class that he has to go teach; instead he thinks he gets to go teach,” she recalled. “It’s the same for me.”