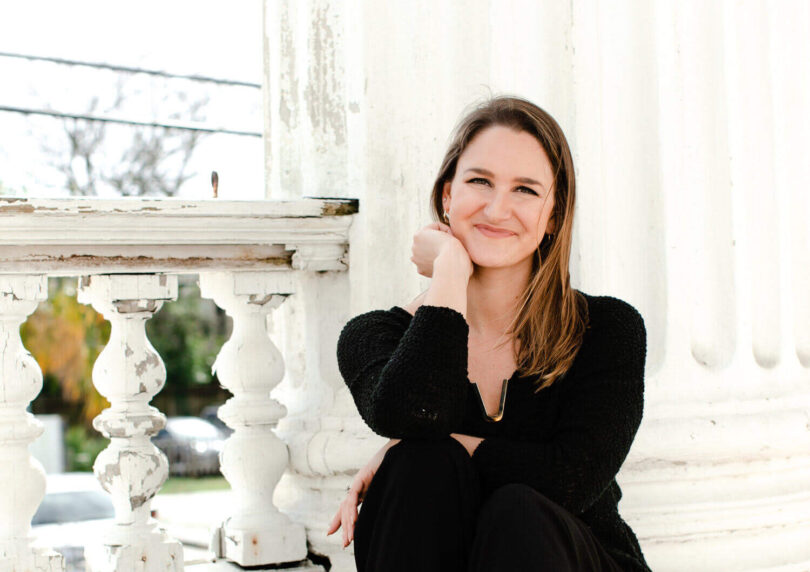 Stacy Willingham credits her time at the University of Georgia with learning how to develop characters.

“Studying journalism helped me realize that everyone has a story to tell, and it’s usually not the one we expect,” she said. “Learning how to interview is a skill I still use, even though I don’t interview people anymore. Understanding how to get past surface-level answers taught me how to find the real meat of a story, which now influences the way I create my characters.”

Willingham’s first published novel, “A Flicker in the Dark,” was released this January. And on Jan. 30, her novel landed on the New York Times bestseller list—the same day she turned 31. Set in Louisiana, the novel’s lead character explores a tumultuous and sordid family history to discover new secrets that threaten her happiness. 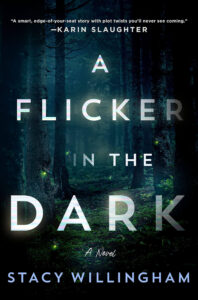 For the 2013 graduate who now lives in Charleston, the process of becoming a published author was a whirlwind affair, one that began on UGA’s campus more than a decade ago.

“My sister attended UGA in the Class of 2010,” said Willingham. “When I was deciding between schools, I spent one weekend with her in Athens and was sold.”

While on campus, Willingham majored in magazines in the Grady College of Journalism and Mass Communication and studied abroad twice.

“The first time was in Cortona, Italy. The second time was in London, where I interned at a marketing and PR company called Bespoke Banter. I still think about both experiences often and never take them for granted.”

But it was her Grady classes that laid the foundation for the transformation of her writing hobby into a career.

After graduation, Willingham moved to Atlanta and worked for a local marketing agency, Havas Sports & Entertainment. Even with some occasional freelance work on the side, she yearned for more opportunities to write. She began dabbling in fiction, noting that while she had dreams of being published, she primarily saw writing as a creative outlet. After a few months, though, she realized that she enjoyed writing fiction more than anything, so she decided to pursue a Master of Fine Arts in writing from the Savannah College of Art and Design while continuing to work full time.

By 2019, she had completed graduate school, was back home in Charleston and had two finished novels under her belt. She unsuccessfully shopped the first book around to publishers for five years, but it was her second novel that catapulted her into the high-stakes world of book publishing.

“I secured a literary agent about two weeks after finishing ‘A Flicker in the Dark;’ we spent about six months editing it together,” said Willingham. “Then, we sent it out on submission in June 2020, which ultimately led to my book deal. The road from book deal to publication took another 18 months, during which I got to peek under the hood of the publishing process.”

By Jan. 30, Willingham’s thriller hit the New York Times bestseller list and was being developed into an HBO Max series by actress Emma Stone’s Fruit Tree and A24.

After years of hard work, Willingham celebrated with an array of supporters, including her husband, fellow UGA alumnus Britt, whom she met through a mutual friend during her junior year.

Her advice for new graduates?

“Entering the working world is amazing in many ways, but don’t forget to make time for yourself and your passions. Your job is important, but so are your hobbies and your free time,” said Willingham. “A lot of figuring out what you want to do with your life is through trial and error and giving yourself the space to explore. It’s tough to do that when you’re glued to your desk.”

Willingham’s second book, All the Dangerous Things, will be released on Jan. 10, 2023.