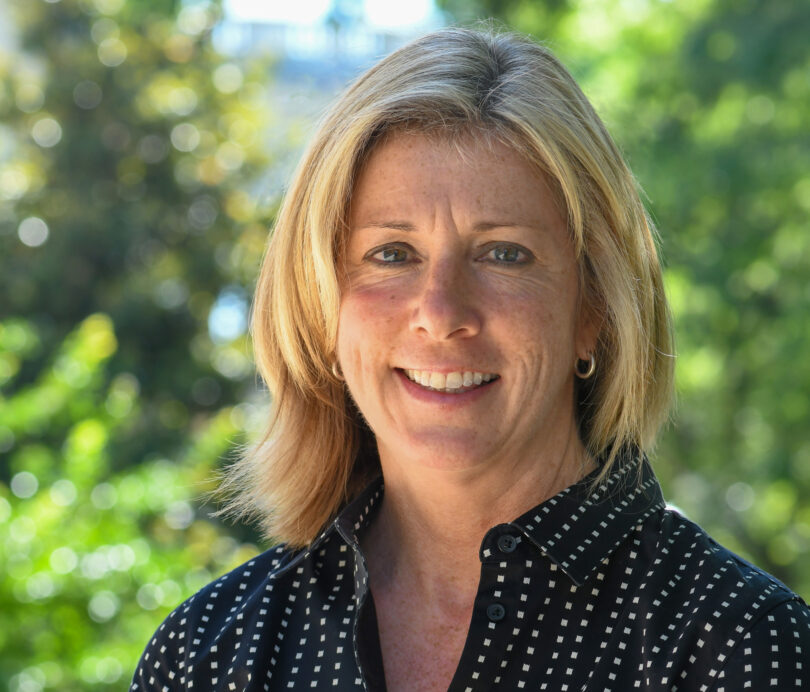 Joy Beasley AB '93 is the associate director for cultural resources, partnerships, and sciences for the National Parks Service.

From the rushing falls at Yosemite to the giant sea turtles populating the reefs of the U.S. Virgin Islands, America’s national parks offer strikingly diverse scenery and wildlife. At the headquarters of the National Park Service in Washington, D.C., Joy Beasley’s days are equally diverse.

As the National Park Service’s associate director for cultural resources, partnerships, and science, Beasley AB ’93 provides policy guidance for the management of all 423 national park sites. And that’s just a fraction of her job.

“Most people are familiar with the National Park Service and with the parks themselves, but there are also these broader programs we administer that touch just about every community in the country,” she says.

In addition to overseeing millions of dollars in grants for states, tribes, nonprofits, and local governments to assist with historic preservation, the agency—a branch of the U.S. Department of the Interior—also manages the National Register of Historic Places and the National Historic Landmarks Program. Together, both programs encompass almost 2 million locations, structures, and objects, all under Beasley’s administration.

If her portfolio wasn’t large enough, she also guides the management of archeological sites, cultural landscapes, historic structures, archives, and even museum objects (48.3 million, to be exact).

The scope is large, but Beasley’s dedication to the field is even greater.

“We’re in the perpetuity business,” she says. “We care for these spaces and communities indefinitely, so we’re focused on how we can fully reflect the people that we serve and broaden the audiences we’re trying to reach.”

Beasley herself grew up as a part of that audience. Family vacations sparked her fascination with archeology and history.

“Some of my earliest memories are of visiting national parks,” she says. “We’d go to a park like Yellowstone, which is this tremendous natural environment, and I wanted to know more about the people who had been there before.”

Beasley got her first taste of archeological fieldwork while pursuing her undergraduate degree in anthropology at the University of Georgia. She and her classmates spent a summer surveying the Oconee National Forest, which involves exploring sites and collecting information about the location, including its history and past human activity in the area.

“I had poison ivy for three straight months,” she recalls. “But I loved it. We were like a little family camping out, cookingtogether, playing cards together. It was a unique experience, and I was totally hooked.”

Beasley began her career with the National Park Service in 2003 as a program manager at Monocacy National Battlefield in Maryland, a role she held until transitioning to chief of cultural resources in the National Capital Region in 2013. She served as acting associate director beginning in 2017 before being named to the position permanently in August 2020.

For Beasley, every day is a learning opportunity. And that’s something she’s committed to personally paying forward. When students interested in the National Park Service or historic preservation reach out to her, she always makes time to talk.

“There were folks along the way—mentors, coworkers, supervisors, professors—who challenged me and who helped create opportunities for me to advance in my career,” she says. “So I am always conscious of creating opportunities for others who are working their way up.”