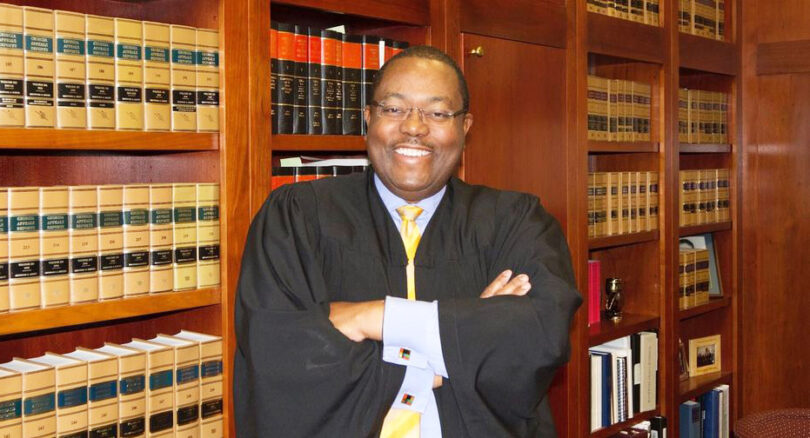 With support from the University of Georgia’s Presidential Task Force on Race, Ethnicity and Community, the School of Law and School of Public and International Affairs have established the Judge Horace J. Johnson, Jr. Lecture on Race, Law and Policy in honor of the late jurist, who was a trailblazer for the Black community in Georgia.

UGA’s Presidential Task Force on Race, Ethnicity and Community was created to develop initiatives and actions to foster a more welcoming and supportive learning environment on campus. This lecture is one of the first initiatives approved for funding by UGA President Jere W. Morehead, who has committed $1 million to fund recommendations from the task force.

“I am pleased that the task force recommended this lecture as one of its first initiatives,” said Morehead. “This lecture will provide an opportunity for our campus community to hear from thought leaders at the intersection of race, law, and policy – all areas that Judge Johnson deeply understood and on which he made a significant impact throughout his life.”

Johnson was a pioneer throughout his life. He was one of five students who helped desegregate Newton County, Georgia, schools in the 1960s. He graduated from the UGA School of Law in 1982. After briefly working in Atlanta, Johnson became the first Black attorney to practice in his home county. In 2002, he became the first Black Superior Court judge to serve in the Alcovy Judicial Circuit when then-Gov. Roy Barnes appointed him to the post. He remained in this role until his death in July 2020.

“This lecture series not only commemorates the legacy of a true servant leader but it paves the way for deeper, thoughtful conversations around the intersectionality of race, law and policy in America,” said Johnson’s son, Bryant. “As a lifelong advocate for fairness and equality, my father would be pleased to know his work lives on.”

Judge Johnson modeled the School of Law’s mission of service to state and society, according to law school Dean Peter B. “Bo” Rutledge. “Throughout his career, Judge Johnson was known for his fairness, compassion and respect for the law. He also was involved in his community and deeply loved his family. This lecture is an opportunity for the university to honor a great individual and jurist while offering the community a chance to learn from pathbreaking Black leaders and legal thought leaders,” Rutledge said.

“SPIA is very proud to co-host a lecture series recognizing one of Georgia’s most beloved jurists,” SPIA Dean Matthew R. Auer said. “Not only was Horace J. Johnson, Jr., an expert trial judge and respected practicing attorney – friends, colleagues and competitors alike simply adored him. He brought empathy and kindness to a job that requires dispassion and firmness.”

The inaugural lecture is scheduled to take place Spring 2021 as a part of the celebration of the 60th Anniversary of Desegregation at the University of Georgia.