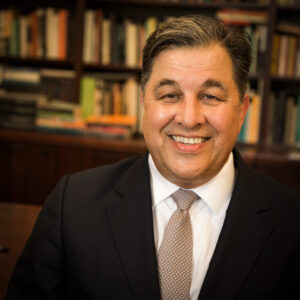 Martin Kagel, a seasoned higher education leader who has led international programs as an associate dean in the University of Georgia’s largest college, has been named associate provost for global engagement, effective Aug. 1.

“Dr. Kagel brings a wealth of experience and a passion for international partnerships to this important position,” said S. Jack Hu, the university’s senior vice president for academic affairs and provost. “I am excited to have the opportunity to work with him to advance UGA’s commitment to global engagement.”

Kagel, the A.G. Steer Professor in Goethe Studies, served as associate dean for humanities and international studies in the Franklin College of Arts and Sciences from 2016 to 2021. In this role, he oversaw international educational programs originating in the Franklin College and was the primary liaison in the dean’s office to nine departments and three interdisciplinary institutes. Previously, he served as head of the department of Germanic and Slavic studies from 2006 to 2016. Kagel’s development efforts during this period led to the establishment of a Max Kade Foundation distinguished visiting professorship and several grant programs supporting undergraduate and graduate study abroad.

In addition, Kagel’s global engagement experience includes co-developing student and faculty exchange programs between UGA and Ludwig Maximilian University of Munich, a minor in transnational European studies, and a dual-degree program in German and engineering that includes a year of study abroad. He has co-directed two annual faculty seminars in Berlin and served as a visiting professor at Rostock University in Germany.

“I am thrilled to join an outstanding, truly dedicated staff in the Office of Global Engagement and grateful for the opportunity to lead UGA’s internationalization efforts,” said Kagel, “and I look forward to recognizing the many ways in which international scholars and students contribute to the intellectual life and diversity of our campus, to putting our students on the path to global citizenship, and to helping expand UGA’s global reach. We live in a world that requires us to view all scholarship, teaching and student learning in global perspective. OGE is the office on campus that can promote this understanding.”

A nine-member search advisory committee chaired by Sonia Hirt, dean of the College of Environment and Design, helped identify finalists for the position. The committee was assisted by the UGA Search Group in Human Resources.