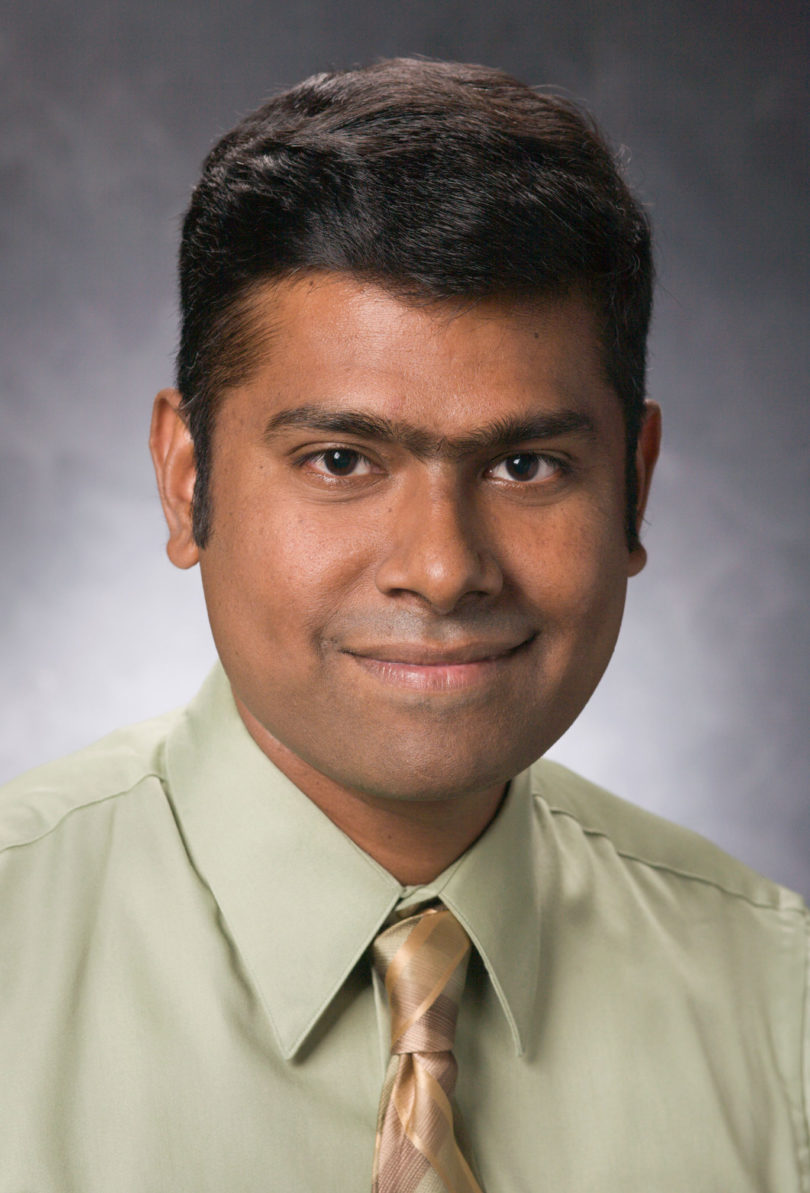 Athens, Ga. — Even when at rest, the human body is a flurry of activity. Like a microscopic metropolis locked in a state of perpetual rush hour traffic, the trillions of cells that make us who we are work feverishly policing the streets, making repairs, building new structures and delivering important cargo throughout the bustling organic society.

For everything to work properly there must be something to organize and direct the various workers. Enter protein kinases. Like specialized traffic signals, this huge class of proteins is critical for many aspects of cell communication, telling them when to begin work and when to stop.

Now, University of Georgia researchers have discovered that a little-studied part of the protein kinases that once appeared non-functional may actually control the most critical functions of the entire molecule. Their research promises to help improve drugs used to fight a variety of life-threatening diseases, from diabetes to cancer.

“The overall goal of this project was to better understand how these proteins function and what mechanisms control their function,” said Natarajan Kannan, a Georgia Cancer Coalition Distinguished Scholar and assistant professor of biochemistry and molecular biology in the Franklin College of Arts and Sciences. “Our research shows that these little-studied dark regions of the protein are directly affecting the molecule’s function.”

Normally functioning protein kinases perform duties central to the everyday cellular operations within our bodies, but when they become dysfunctional, they can play a major role in the development of numerous serious diseases, including Alzheimer’s, diabetes, cardiovascular disease and many forms of cancer.

Scientists have recognized the value of the proteins as therapeutic targets for decades, and numerous drugs, known as protein kinase inhibitors, are commonly prescribed in an attempt to slow or stop the rogue kinases that cause disease. The UGA team hopes its discovery will not only lead to new therapies but also help improve those already in existence.

“This opens a new front on the battle against many diseases, particularly cancer,” said Krishnadev Oruganty, a postdoctoral research associate in biochemistry and molecular biology and lead author of a paper detailing the discovery published on Dec. 31 in the early edition of the Proceedings of the National Academy of Sciences USA.

Developing entirely new drugs is an extraordinarily lengthy and expensive process, but this new understanding of how protein kinases switch between “on” and “off” states will make it possible for researchers to modify existing drugs to make them perform better without significant investment.

“These are a very important class of proteins for biomedical industries, and the pharmaceutical industry has already invested billions of dollars in drugs that target these proteins,” said Kannan, who is part of the UGA Cancer Center and the Institute of Bioinformatics. “This discovery will have a huge impact on how pharmaceutical companies develop drugs, because subtle modifications of these drugs will make it easier to control them, which will boost their effectiveness.”

Kannan and the interdisciplinary team of UGA researchers working on the project are already beginning to design drugs that can selectively inhibit the rogue proteins that cause disease, but they caution that more research is needed to perfect their approach.

Nevertheless, they are confident that this discovery will have a profound impact on the pharmaceutical industry, and on the understanding of the elementary components of life.

“Every fundamental signaling pathway in our cells is controlled by these proteins,” Kannan said. “Gaining a deeper understanding of how these kinases work will open doors to a myriad of important new discoveries.”

UGA Cancer Center
The University of Georgia Cancer Center is composed of more than 40 teams of researchers from across campus working to discover new drug targets, develop diagnostic tests, create cancer vaccines, and educate the public about cancer treatment and prevention. The center is also committed to educating undergraduate and graduate-level students who will become the next generation of cancer researchers and physicians. For more information on the UGA Cancer Center, see http://cancercenter.uga.edu.