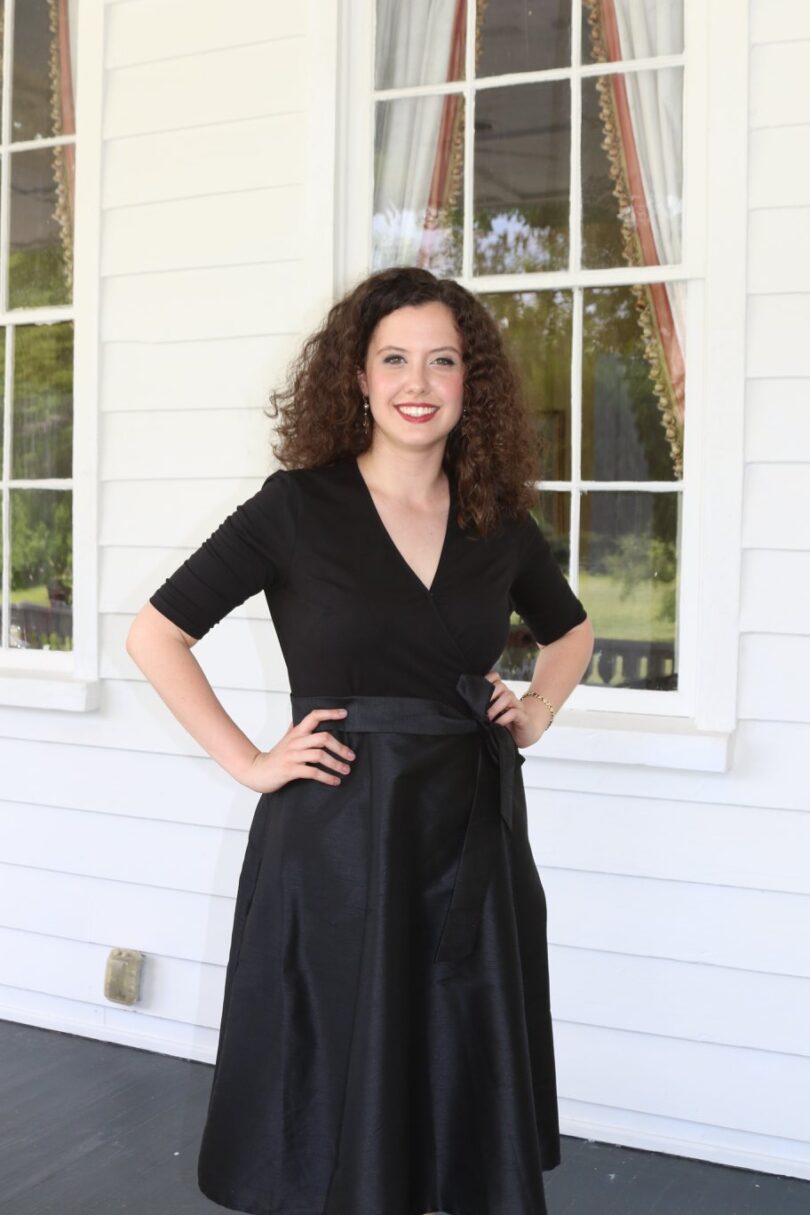 "I stumbled into chaplaincy completely by accident," says Kaytlin Butler AB '14. She is chaplain at Mount Sinai Hospital in New York City, and while she may be an accidental chaplain, the scores of families she has comforted during the COVID-19 pandemic and certainly glad that accidents do happen.

The man’s wife was dying, and he needed to honor her somehow before she passed.

He told Chaplain Kaytlin Butler AB ’14 the story of their relationship. Years ago, the couple had split up. To patch things up, he wrote a song for her, revealing how much he loved her and his dedication to making their relationship stronger. That song saved their marriage.

“There’s a lot of creativity in trying to figure out how to create a beautiful death for someone, how to give somebody a good goodbye,” Butler says. For the dying woman, achieving that beauty meant singing her the song that saved her marriage and then saying a prayer.

Butler didn’t anticipate becoming a chaplain at Mount Sinai Hospital after finishing seminary. But she figured the yearlong residency would give her time to plan her next chapter. Instead, she found a career she loved and became the hospital’s chaplain for cancer patients. She’d finally found what she was looking for, a place where she could really make a difference.

“I stumbled into chaplaincy completely by accident, and here I am,” Butler says. “And now it’s a pandemic, and the world’s on fire. Suddenly everybody knows what a hospital chaplain is.”

Mount Sinai saw its first COVID-19 patient on Feb. 29. As more COVID patients were diagnosed and many rapidly went downhill, Butler had to figure out how to comfort them without physically being present in their rooms. She gave nurses rosaries or scapulars to put on the bodies of Catholic patients. She held up a phone outside of patients’ doors so their families could say what they needed to say before their loved ones passed. She FaceTimed with dying patients’ families.

The scale of loss is sometimes overwhelming. “Everybody is up to their eyeballs in loss and in grief,” Butler says. “And the rituals that we use as a society to mark time have all gotten thrown out the window under pain of death—literal pain of death.”

Butler isn’t a believer in the old models of grieving that say a person goes through specific stages—denial, anger, bargaining, and depression—before finally accepting that their loved one is gone and moving on. “It’s a lot messier than that,” she says. “I don’t want my patients or my families to put their dead family members in the closet and try to forget them because that pain is just going to eat them up from the inside out.”

She would know. Butler’s mom died when she was only 8, and the loss shaped many of the major decisions she has made since. “I took risks. I put myself out there. My life is what it is completely because of the relationship I have with my dead mom.” For Butler, that meant pursuing a graduate degree in religion, hoping to reconcile the questions she had from her religious upbringing with her own interpretation of God before heading to law school. Instead, she found a career and will be ordained as a minister in the Presbyterian church later this year.

She tells patients’ families that they too will develop relationships with the people who’ve died. “You learn to live with it, but it doesn’t go away. It becomes part of you, and it changes you.”

With more than 150,000 people dead in the U.S. through July, countless families are learning how to cope with the pain of loss. For Butler, community is key to coping and living with the grief that is now saddling much of the nation.

“I think it’s true pre-pandemic, it’s true during the pandemic, and it’s true post-pandemic: You need community to survive,” Butler says. “We all do.”