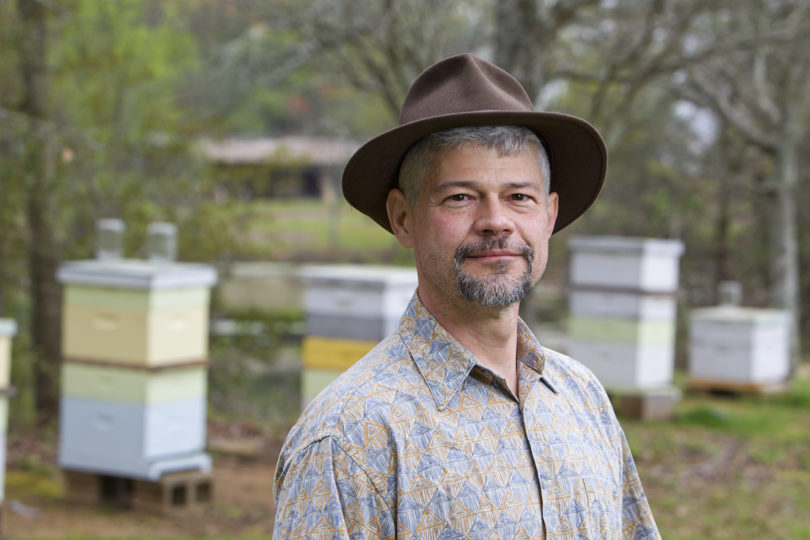 Keith Delaplane, a professor of entomology in the College of Agricultural and Environmental Sciences, was inducted into the Most Excellent Order of the British Empire in recognition of his research into honeybees and their disappearance.

Sir Peter Westmacott, the British ambassador to the U.S., presented Delaplane with the honor on behalf of Her Majesty Queen Elizabeth II on Feb. 11 at the British Embassy in Washington, D.C.

Induction into the Order of the British Empire is bestowed by the British monarchy on individuals who have demonstrated distinguished service to the arts and sciences and public services. Because Delaplane is not British, he received an honorary induction, reserved for non-British nationals who have made significant contributions to British interests.