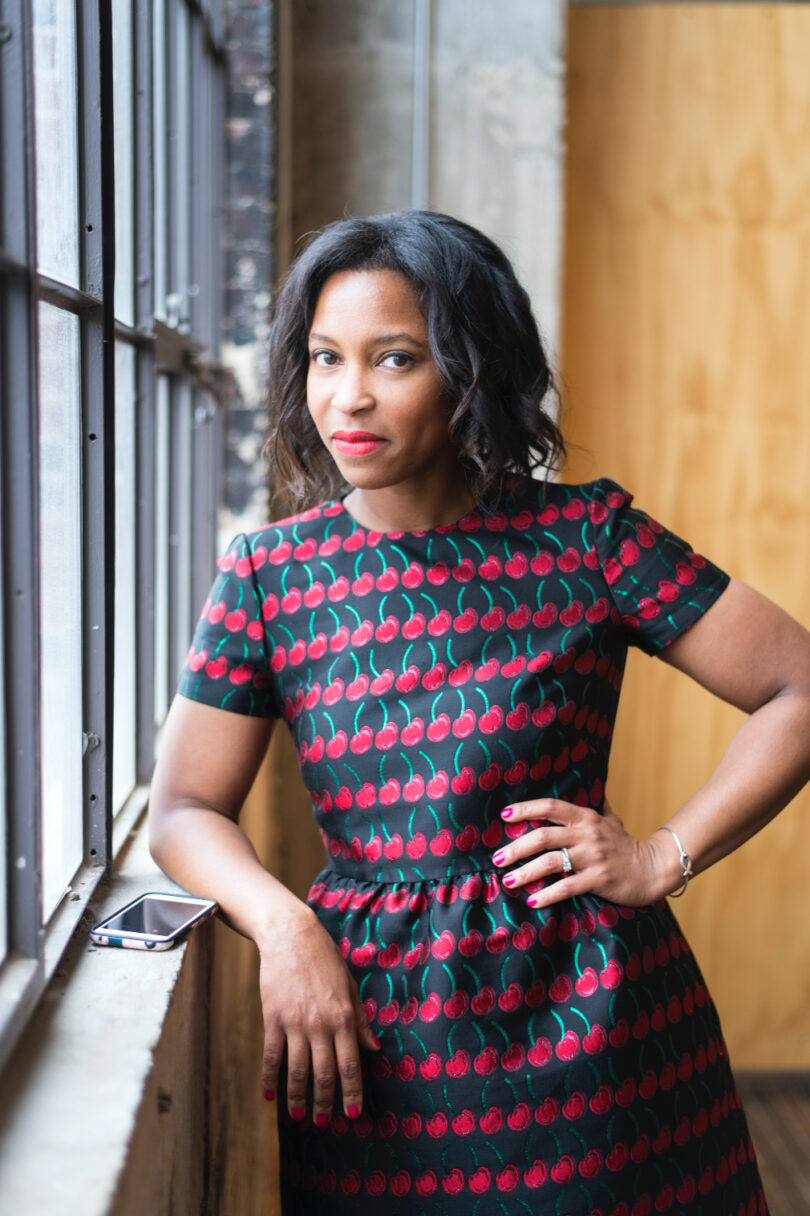 Khristian A. Howell launched her own business in 2009. Her company sells everything from throw pillows and wallpapers to T-shirts and gift wrap.

And, most importantly, have fun

Khristian A. Howell’s journey to the design world wasn’t the traditional path.

She earned a bachelor’s degree in advertising from the Grady College of Journalism and Mass Communication. After graduation, she headed straight to Austin, Texas, because a friend was moving there. Howell ABJ ’02 hopped around the country for a while, never living anywhere for more than a couple years.

When she met her now-husband, former CNN International Anchor George Howell, the couple moved to Seattle for his job with a TV news station. Howell researched what she could do in the new city and her heart landed on Nordstrom, which is headquartered in the Emerald City.

“I had no fashion degree, no art degree, no nothing,” Howell says. “I was applying for jobs online and getting no response. I was getting really annoyed because I just knew that this is where I should be, and this was work I could do.  I always follow my gut.”

She got dressed and marched into Nordstrom’s corporate offices, talking her way into an interview and a temp position in the kid’s department that ultimately turned into a full-time gig analyzing colors for fabrics. Howell made it her mission to learn as much as she could, from design programs to textile printing to supply chains and the buying process.

Trade shows inspired her to strike out on her own, launching her own namesake business in 2009. The company’s website sells everything from throw pillows and wallpapers to T-shirts and gift wrap. She also lends her voice as a design expert for various media outlets.  Howell engages a limited number of one-on-one clients, reimagining what their homes can be based on their desires and needs.

“I always go into their closet first. People think they don’t know what they want. I tell them ‘Well, you get dressed every day, right? You do know something!” Howell says. “It’s about making people have a better sense of themselves. There’s nothing to be afraid of. Design is supposed to be fun. It really is just paint.”