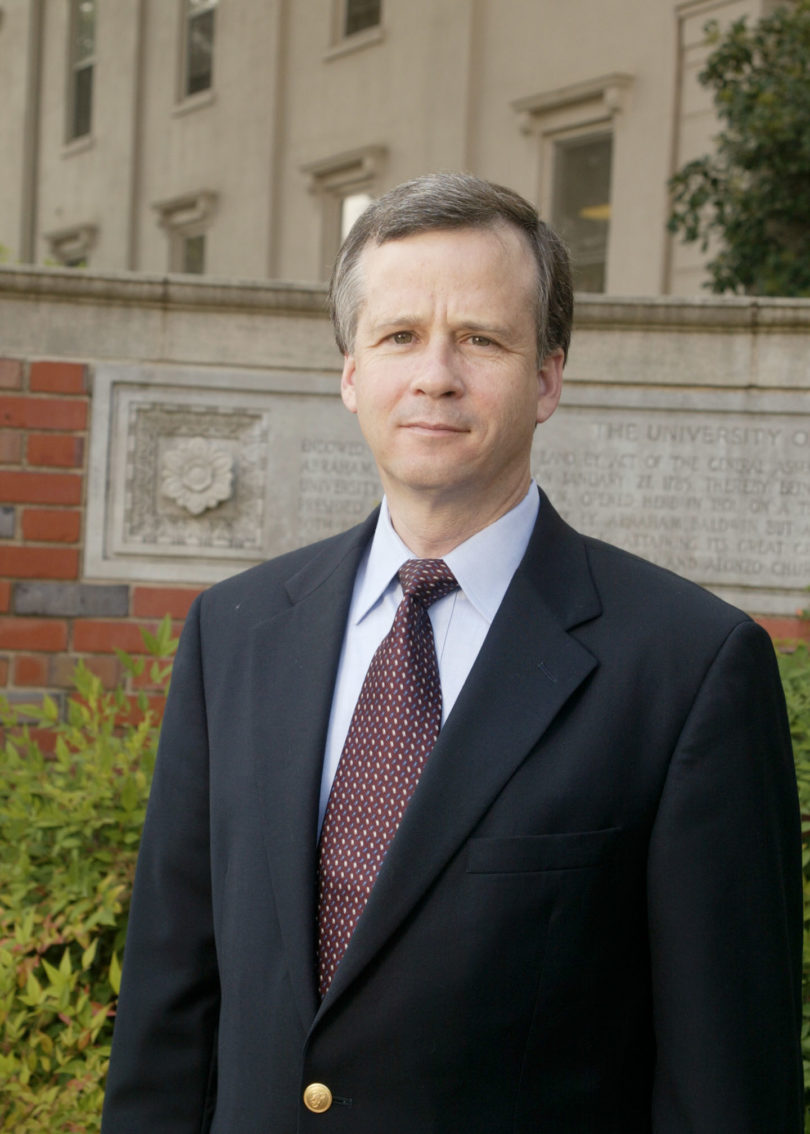 The award, which recognizes the honoree’s distinguished service and excellence in leadership, scholarship, service and character, has been given only four times in the last 12 years, according to Bob Izlar, national Blue Key Honor Society board of directors vice president and director of the Center for Forest Business at the Warnell School of Forestry and Natural Resources at the University of Georgia.

“This honor is very rarely given,” Izlar said. “The awards committee is very selective.”

Landrum was nominated by students in the University of Georgia’s Blue Key chapter for his lifetime of service to the organization as co-adviser and member of the national board of directors, serving a term as vice president.

“I’m appreciative of this recognition from an organization I’ve been part of since my undergraduate days at UGA,” said Landrum. “It is a privilege to be associated with talented Blue Key students and their advisers in more than 40 chapters nationwide.”

The UGA chapter of the Blue Key Honor Society also recognized Landrum with a service award for his distinguished career at its annual awards banquet in October.

Landrum, who has been at UGA since 1976, recently announced he will retire in June. He earned both a bachelor’s degree in history (1972) and a master’s in journalism (1987) from UGA. Since 2007, Landrum has managed the university’s fundraising and alumni relations programs, financial and development support services and the offices of donor relations and stewardship, special events and career services. Landrum has worked as assistant director for publications, director of public relations and executive assistant to the vice president for development and university relations. He was an assistant to former President Charles Knapp from 1992-1997 and chief of staff to President Michael F. Adams from 1997-2007. He is a member of the Grady College Board of Trust and the Grady Fellowship and a board member for the Wormsloe Institute for Environmental History.