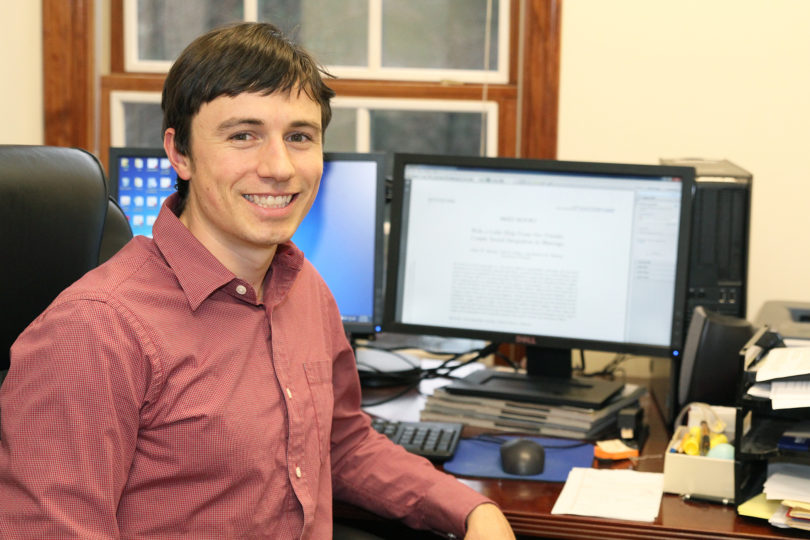 Michelle Henry Barton, a College of Veterinary Medicine professor known as an inspiring teacher, mentor and accomplished researcher, has been appointed to a Fuller E. Callaway Professorial Chair.

Barton is the latest in a long line of UGA faculty members to hold a Callaway Chair since the program was established in 1968. The chairs are funded through the Fuller E. Callaway Professorial Chairs Trust, established by the Callaway Foundation Inc., and administered by Bank of America. The trust, created to help colleges and universities in Georgia retain or recruit superior faculty members, provides $60,000 annually to support the professorship.

Callaway professors are chosen primarily for excellence in instruction, but also must have a distinguished record in scholarship and must provide valuable service to students and faculty outside their area of specialization.

“Some of the University of Georgia’s most distinguished faculty members have held Callaway Chairs over the past four decades, and it’s a pleasure to have Michelle Barton join this select group,” said UGA President Michael F. Adams. “Through these endowed chairs the Callaway Foundation has strengthened, in a profound and lasting way, the quality of teaching and scholarship at the University of Georgia and at educational institutions throughout the state. We are deeply grateful for the foundation’s contributions to educational excellence in Georgia.”

Barton is a Josiah Meigs Distinguished Teaching Professor in the veterinary college’s department of large-animal medicine with an adjunct appointment in the college’s department of physiology and pharmacology. She joined the college as a clinical resident in 1986 and in 1990 earned a Ph.D. in physiology and joined the faculty in 1993. She became a full professor in 2000.

“Dr. Barton has the intellectual, personal and professional skills that can change an ordinary classroom or lab into a dynamic and exciting learning environment,” Mace said. “The great respect, admiration and appreciation accorded by her students, colleagues and peers leave no doubt that she not only meets but far exceeds the high standards required of a Callaway Chair recipient.”

A specialist in large-animal internal medicine, Barton is one of the college’s most innovative and popular teachers and carries one of the heaviest teaching loads, teaching in up to 10 courses each year in the first three years of the professional veterinary curriculum, according to Sheila Allen, dean of the college.

“Dr. Barton is truly a role model,” Parks said. “She is an exceptional example of an accomplished educator, clinician and researcher and is fully deserving of the high honor of holding a Callaway Chair.”

Barton has won several awards for teaching excellence including the Josiah Meigs Award, UGA’s highest teaching honor. She is a member of the UGA Teaching Academy and was a Senior Teaching Fellow.