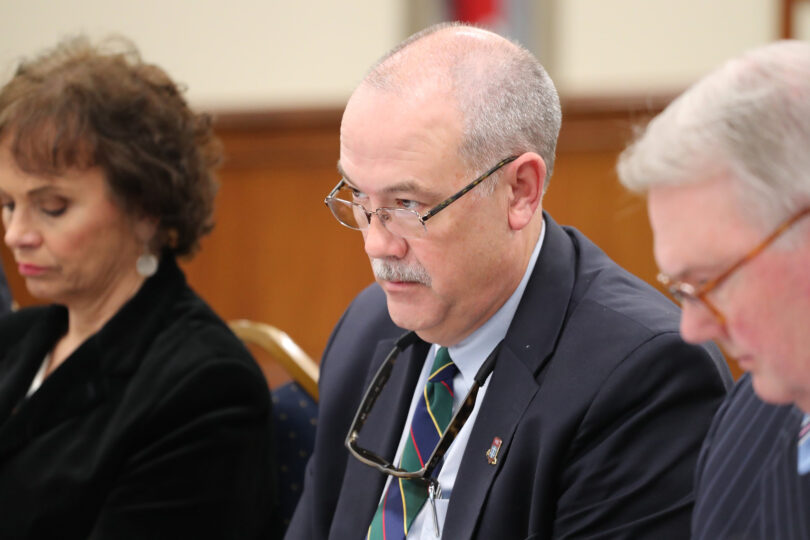 The late Georgia Court of Appeals Judge Stephen S. Goss is being memorialized with a scholarship bearing his name at the University of Georgia School of Law.

More than 100 former classmates and friends have contributed to the Judge Steve Goss Scholarship Fund. The effort was spearheaded Marlan B. Wilbanks, who is the chair of the School of Law’s Board of Visitors, and Dan H. Willoughby Jr., both of whom graduated with Goss in 1986 and were part his law school section. These gifts were matched by an anonymous donor who has helped to spearhead the law school’s efforts to provide scholarships to first-generation college graduates. 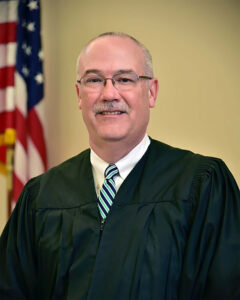 “I am tremendously thankful for Marlan and Dan for their efforts, to our anonymous matching donor and to the Goss family for allowing the School of Law to add to Judge Goss’ legacy in this manner,” School of Law Dean Peter B. “Bo” Rutledge said. “Judge Goss was a respected jurist who created one of the first mental health courts in our country. We hope this scholarship will help to increase access to justice and legal services across our state. We also look for it to motivate future lawyers to seek to serve state and society in a manner similar to Judge Goss, thus ensuring his contributions to making our world a better place will continue.”

Scholarship to have big impact

Knowing Goss was a scholarship recipient at UGA, Willoughby said it is particularly fitting to have a scholarship in his name at the law school. “Steve would be so happy that another student will be helped like he was.”

Wilbanks added that Goss was the same great friend and person over the entire span of their 38-year friendship. “His strong work ethic and love for his family and friends never wavered. We miss his wry humor and his enthusiasm for all things associated with UGA,” he said.

Goss was serving as a judge on the Georgia Court of Appeals at the time of his passing in 2019. Previously, he served on the Dougherty Judicial Circuit Superior Court from 1999 to 2018 and the Dougherty Circuit Juvenile Court from 1995 to 1999. Goss founded the Dougherty County Mental Health/Substance Abuse Treatment Court in 2002, and this court has served as a model for similar initiatives throughout the country. Among the leadership posts he held were: chair of the Council of Accountability Court Judges of Georgia, president of the Council of Superior Court Judges of Georgia and president of the Dougherty Circuit Bar Association. He was also a faculty member of the National Drug Court Institute and the National Judicial College as well as a senior consultant to the U.S. Substance Abuse and Mental Health Services Administration. After earning both his undergraduate and law degrees from UGA, he practiced law at the Albany law firms of Watson, Spence, Lowe and Chambless, LLP, and Cannon, Meyer von Bremen and Goss, LLP, before joining the judiciary.