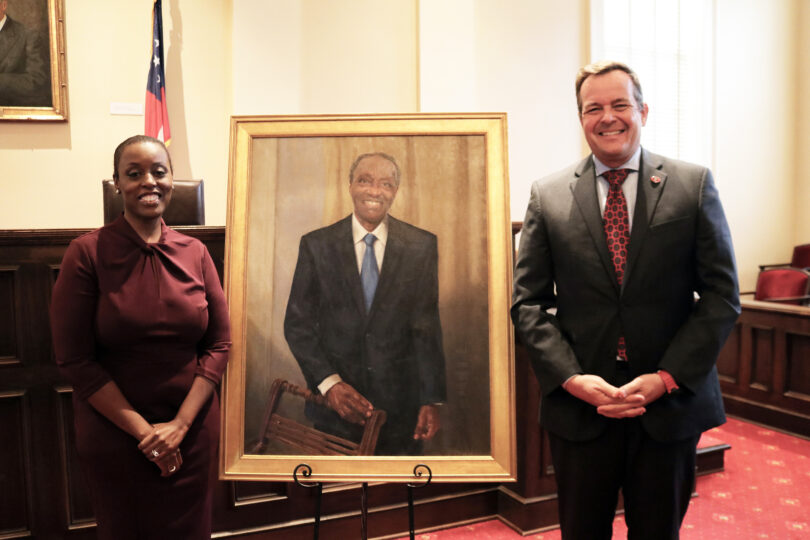 The University of Georgia School of Law recently unveiled the portrait of its first Black graduate, the late Chester C. Davenport, and the painting will hang in the law school’s iconic rotunda that bears his name.

In addition to the law school community, members of the Davenport family, including Chester’s daughter, CeCe, attended the unveiling. 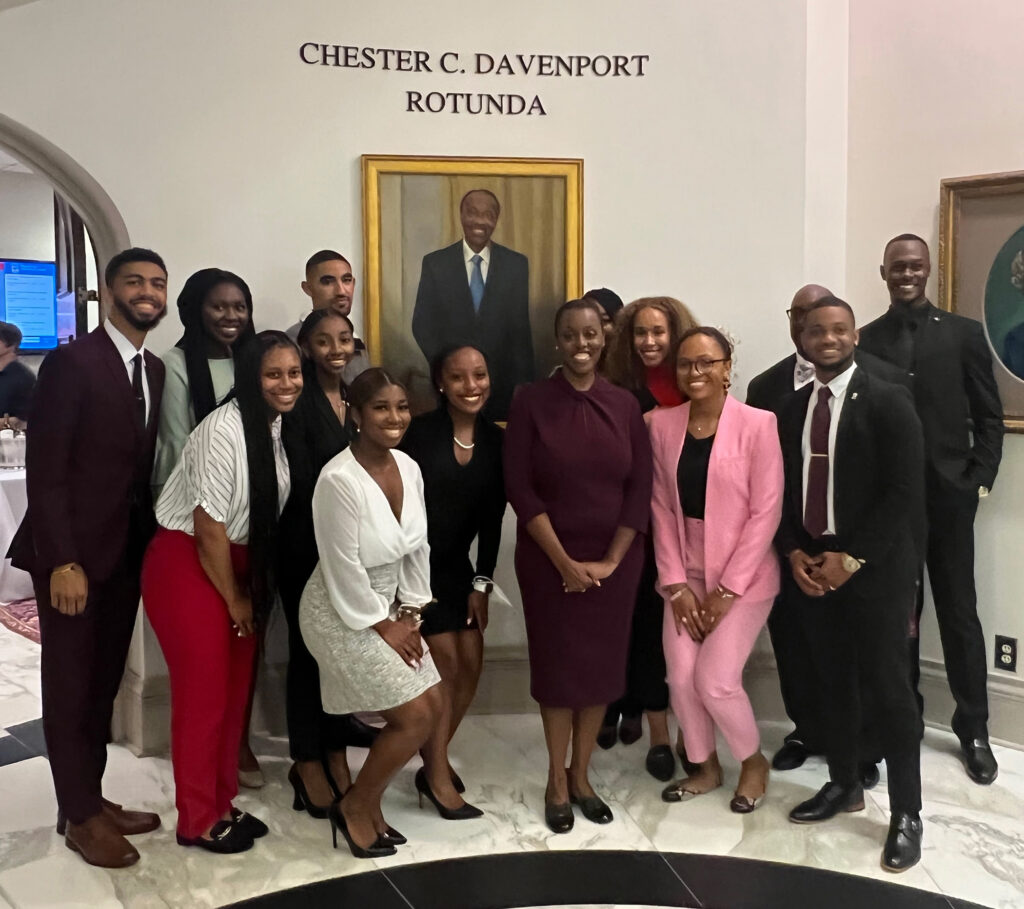 “It’s very interesting to think about, not only the legacy that he left from his life and his professional career, but just thinking about him as a father,” CeCe Davenport said. “I was so fortunate to have not only a trailblazer but to have someone who was … my toughest critic and my fiercest advocate.”

Describing her “incredible” father, she noted: “One thing that stands out is him saying, ‘We have been in America, but we have not been of America.’”

“We’re of America now,” she continued, “and we have to make sure we continue to be of America and live in a country that makes sure that … everyone has the opportunity to do what they want to do.”

She encouraged those in attendance to continue her father’s legacy. “Stand up for yourself and stand up for others,” she said. “Keep being trailblazers in your own way.”

Davenport, who died in 2020, graduated from the School of Law in 1966 after remaining its only Black student during his three years at UGA. A native of Athens, he finished in the top 5% of his class and served as a founding member of the editorial board of the Georgia Law Review. After graduation he became an attorney in the tax division of the U.S. Department of Justice, served as a legislative assistant for California Sen. Alan Cranston and went on to be a part of President Jimmy Carter’s transition team before receiving an appointment as an assistant secretary at the U.S. Department of Transportation. In sum, Davenport had a 50-year-plus career serving in key roles in banking, finance, telecommunications, transportation and energy.

Since his passing, Davenport was posthumously awarded the UGA Alumni Association’s oldest and highest honor, the Alumni Merit Award.

“Chester Davenport is the quintessential example of what is possible when the doors of education, particularly legal education, are open to all,” UGA Senior Vice Provost Michelle Garfield Cook said. “His is a story of perseverance, brilliance, excellence and accomplishment; a true inspiration for UGA law students for generations to come.”

Additionally, UGA President Jere W. Morehead and the School of Law established an additional scholarship fund in his honor with preference to support students who have graduated from Georgia-based historically Black colleges and universities and who share Davenport’s characteristics of academic excellence, courage, determination and a trailblazing spirit.

“I am grateful to President Morehead for his role in establishing this scholarship, and to the president and University Cabinet for their role in naming the rotunda after this special alumnus,” Rutledge said.