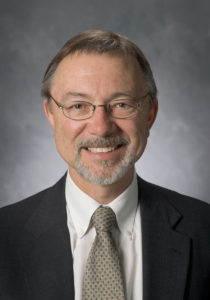 The Office of Global Engagement announced that David Lee is the winner of the 2021 Richard Reiff Internationalization Award.

Since 2005, Lee has served as vice president of research for the University of Georgia and the executive vice president of the UGA Research Foundation, with an appointment as professor of biochemistry and molecular biology. He has served on multiple boards across the nation and is a Fellow of the American Association for the Advancement of Science. The focus of his research has been the transformation of normal cells to cancer cells.

During his tenure as vice president of research, Lee advocated for further development of research centers and study of biomedical sciences, allowing UGA to emerge as a national leader in infectious disease research.

“Along with his strong commitment to the international research enterprise of UGA,” said Noel Fallows, associate provost to the Office of Global Engagement, “David has had multiple successes in promoting and advancing global opportunities for both students and faculty.”

On winning the award, Lee said, “I am deeply honored to receive this award, while recognizing that a number of individuals in the research office have contributed significantly to UGA’s international ambitions. Also, Noel has a great team in OGE, and it’s been both a privilege and a pleasure to work closely with them. Together, we have enjoyed some important successes, and I believe laid the foundation for future advances.”

Lee is set to retire in May.