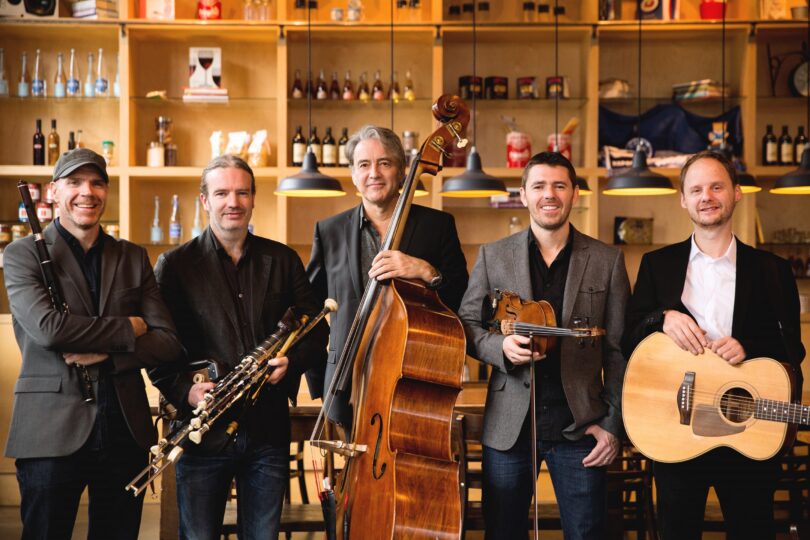 Named for an ancient Celtic harvest festival in honor of the Irish god Lugh, Lúnasa was formed in 1997 from members of some of the greatest Irish groups of the previous decade. (Submitted photo)

For a quarter century, Lúnasa has stood for excellence in Irish music. The group makes its UGA Presents debut on March 24 at 7:30 p.m. in the Performing Arts Center’s Hugh Hodgson Concert Hall.

Over the course of more than 2,000 performances across 36 countries, the band has won multiple awards and become one of the most influential groups in the history of traditional music. Collaborations with singers Natalie Merchant, Mary Chapin Carpenter and Tim O’Brien and high-profile concerts at The Hollywood Bowl, New York’s Carnegie Hall, Glastonbury Festival and Bercy Arena Paris have helped broaden the band’s audience.

Named for an ancient Celtic harvest festival in honor of the Irish god Lugh, Lúnasa was formed in 1997 from members of some of the greatest Irish groups of the previous decade. An early review from Folk Roots magazine described the band as an “Irish music dream team.” From the start, the band’s complex arrangements and unique sound reshaped the boundaries of traditional music and energized audiences.

Lúnasa’s most recent album, Cas (2018), features Carpenter and O’Brien; Merchant sings “The Bonny Light Horseman.” While these starry singers will not be on this tour, the band will be joined by dancer Cara Butler, who has won numerous Irish dance championships at world-class levels, including five regional and six national titles. Since 1992, she has been the principal dancer with The Chieftains, who are six-time Grammy Award winners. She has appeared with them numerous times on the Late Show with David Letterman, The Tonight Show and Late Night with Conan O’Brien.

The 25th anniversary season of the UGA Performing Arts Center has even more folk and roots music ahead. The Milk Carton Kids, a folk duo who has been nominated for two Grammy Awards, appear Thursday, April 14. On Friday, May 6, young Sierra Hull, one of the standout mandolin players of her generation, comes to Athens with her husband, multi-instrumentalist Justin Moses.

For each of these performances, 25 tickets are available for just $25, to mark the 25th anniversary of the Performing Arts Center. Tickets for UGA students are $10, and parking is always free.