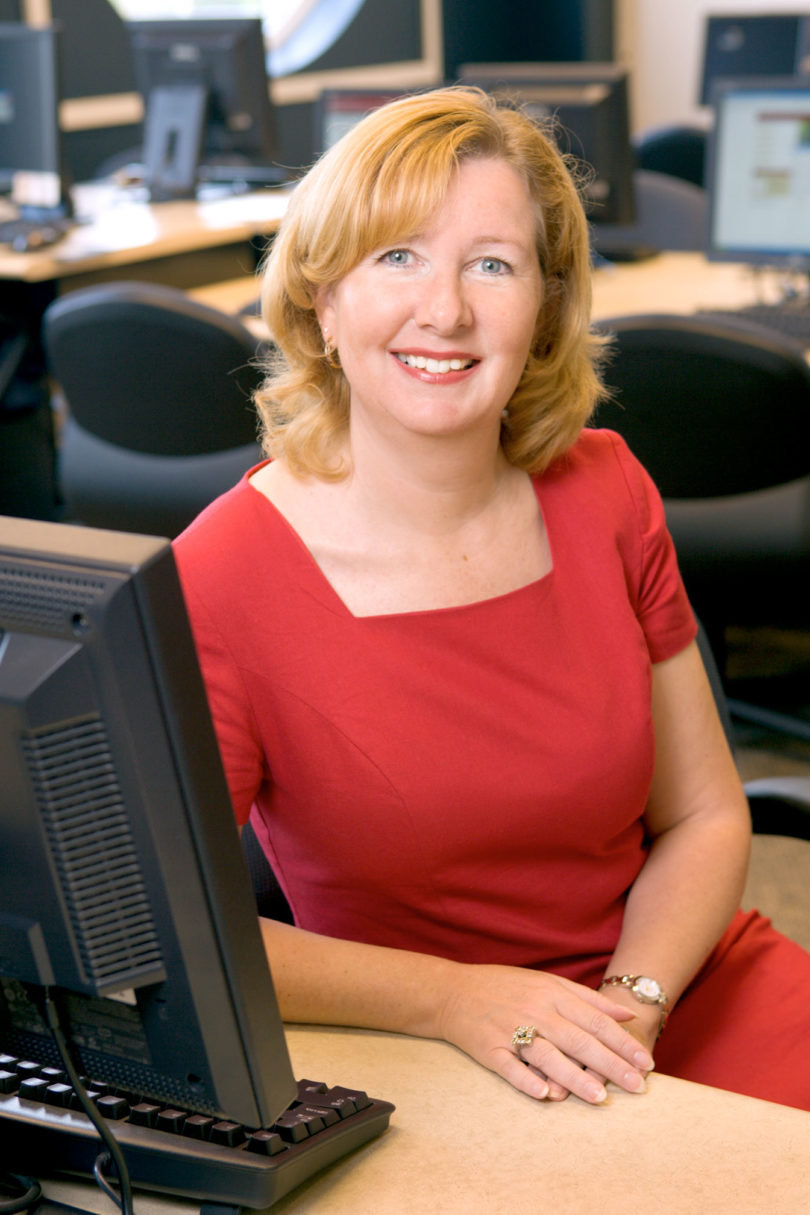 Carla Wilson Buss’s first library job was in a microfilm department, then considered “cutting edge” equipment for information sharing. Today she finds herself working in a state-of-the-art electronic library in a building unique in the country for combining classroom space with library resources and services.

“It’s fun being at the Student Learning Center because the students really do like the building-some times there are not enough seats for them,” she says while sitting at the reference desk, juggling “chat reference” questions coming into the computer, helping students figure out the nuances of researching topics in GALILEO databases and helping students prepare for a job fair. “It is the ideal situation for the students-they are getting assignments, researching topics, asking for help and typing their papers all in one place. Reference was the missing link in the chain and this puts us in the middle of the process.”

Buss is the Student Learning Center’s instructional services coordinator, charged with scheduling classes that teach students how to use library resources and reminding them that librarians are available to help with the research process.

Buss originally entered political science because she was interested in using foreign languages, having studied French and declaring a minor in Russian. Deciding to forego a doctoral program immediately after graduating, she began working in the Youngstown State University library’s microfilm department and was quickly promoted to reference and interlibrary loan.

“Occasionally I got to work at the reference desk and I just loved it,” she says, adding that the head of reference had a contagious enthusiasm for reference work and became her mentor.

Buss returned to graduate school to study library science, but had married an academician and ultimately decided to became a homemaker and raise their two children, both now UGA students.

Buss and her family had two opportunities to live in Hungary, where her husband was providing technical assistance to emerging democracies in Eastern Europe in the early 1990s.

“It was his achievement that got us there, but it was because of me that we thrived,” she says, explaining that she learned to converse in the language and was active in the American International School and church activities. “We didn’t live in the ex-pat community; we were among the working class people of the city.

“I would do it again in a heartbeat,” she says, describing living in an 1890s apartment, using public transportation, shopping daily for ­groceries in city markets and traveling to other countries on weekend trips. “Things like shopping took a lot of time, but it was fun. It was also good for the kids to see that not everyone has the material goods we have in America.