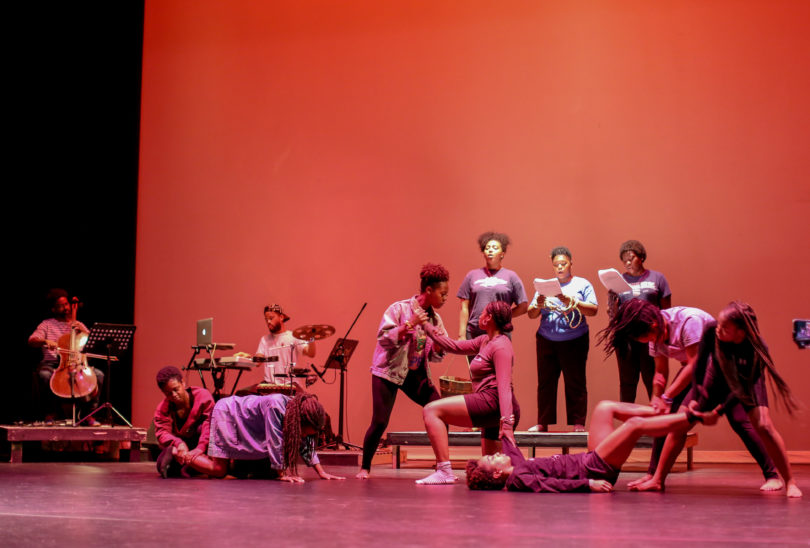 Century-old stories of exploited Georgia prisoners have been lifted from the University of Georgia Libraries’ vault to the gallery and now to the stage, through a collaboration among archivists, faculty members and students at UGA and Spelman College.

Through the partnership, students and faculty have engaged with dozens of artifacts and historical documents to create [The Georgia Incarceration Performance Project], which opens Nov. 8 at the Fine Arts Theater on UGA’s campus. 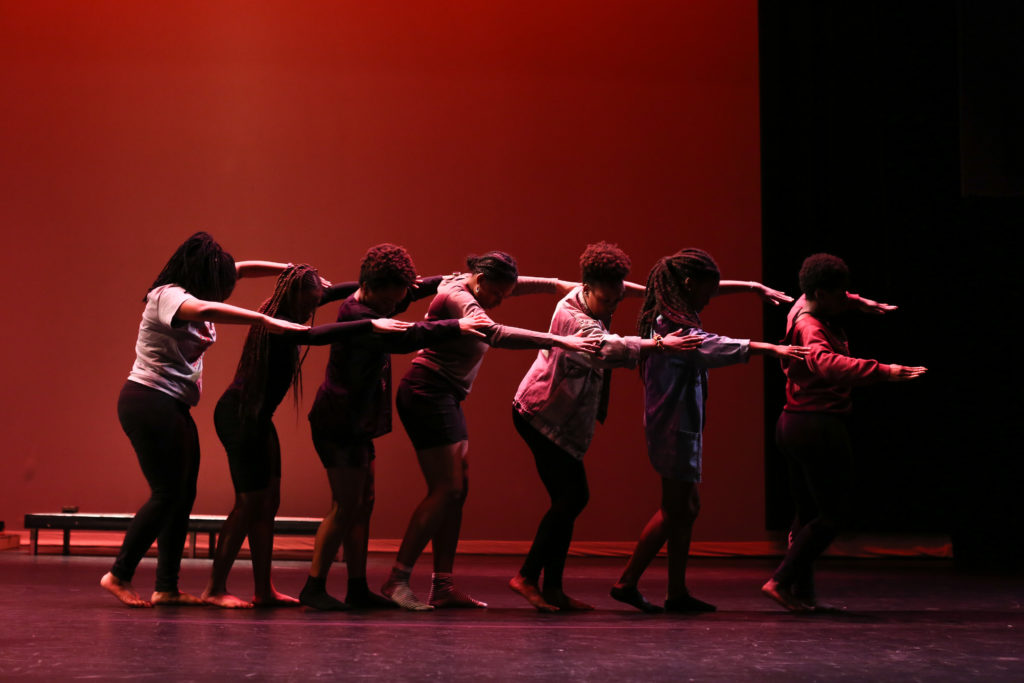 “When you think about it, all of the things that are captured on paper and in documents and photographs in our archives, those are all voices. Those are all expressions of people’s feelings and ideas and their visions, what’s frustrating, what’s angering, what’s saddening,” archivist Jill Severn said of the use of archival material in a theatre project. “The idea that an archive can be transformed and brought to life in some way — embodied — is like the fulfillment of bringing those documents out of their artificial context in boxes, quietly stored away, and giving them life again and letting those voices speak again.”

The project began in summer 2018 when Sidonia Serafini, a doctoral student in UGA’s department of English in the Franklin College of Arts and Sciences, curated an exhibit examining Georgia’s incarceration history for the Hargrett Rare Book and Manuscript Library. 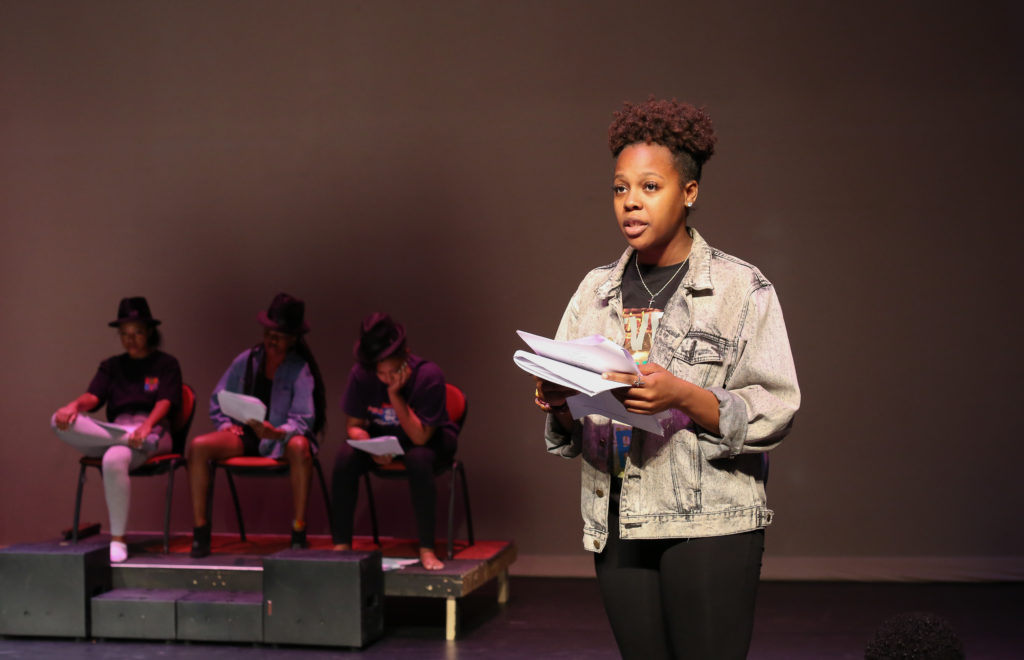 The exhibit, currently on display in the Hargrett Library’s gallery at the Richard B. Russell Building Special Collections Libraries, explores the consequences of the 13th Amendment, which freed thousands of enslaved people and outlawed forced labor except as punishment for a crime. Utilizing this loophole, Georgia and other Southern states legalized the leasing of prisoners for profit to private individuals and companies beginning in 1866. In 1908, the Georgia General Assembly abolished the convict lease system, but soon after implemented the chain gang system, which also put prisoners to work until the system was officially abolished in 1945.

As Serafini delved into penitentiary reports, lease contracts, correspondence, newspaper articles, photographs and other materials in the Hargrett collection to create the exhibit script and materials, exhibit coordinator Jan Hebbard shared the work with Amma Ghartey-Tagoe Kootin, an assistant professor with a joint appointment in the department of theatre and film studies and the Institute for African American Studies.

Dr. Amma, as she is known to her students, participated in the inaugural class of the University Libraries’ Special Collections Fellows in the 2015-2016 academic year. During her fellowship, she worked with Hebbard and Severn, archivist for the Russell B. Russell Library for Political Research and Studies, to create a course called “Performing the Archives,” where students explore original materials from the Libraries’ special collections and adapt those materials into a live performance. 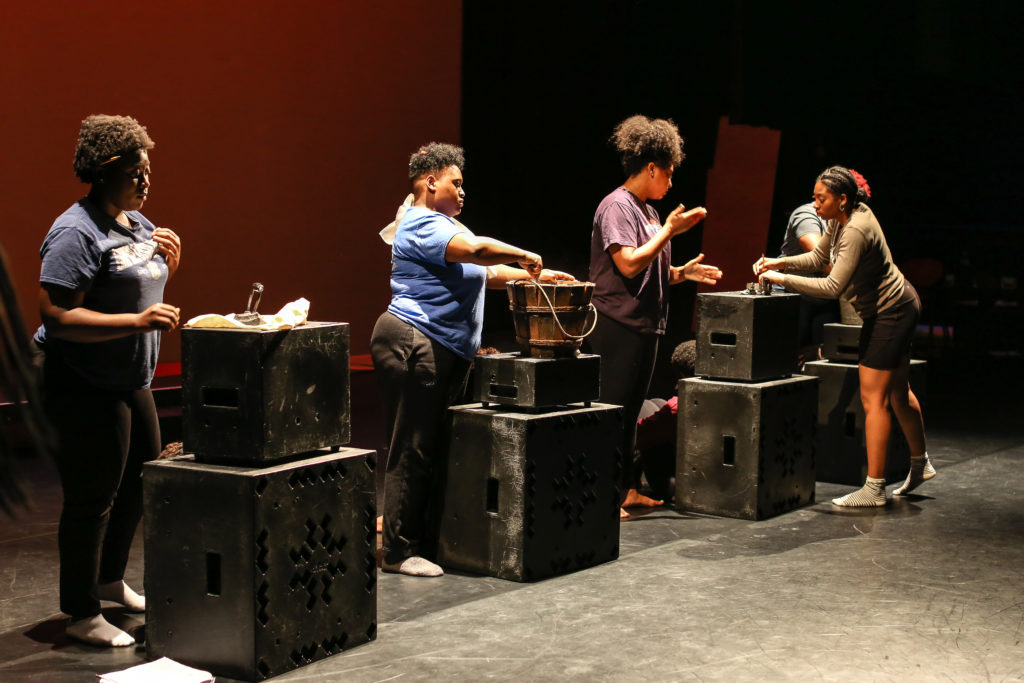 Hebbard saw the incarceration exhibit as another opportunity for collaboration, and Ghartey-Tagoe Kootin, who had been discussing a partnership with UGA’s Emily Sahakian and Spelman’s Keith Arthur Bolden and Julie Johnson, presented the idea to her colleagues. From there, [The Georgia Incarceration Performance Project] was born.

“The timeliness and urgency of this exhibit are palpable,” the four wrote in the program for the upcoming play By Our Hands. “But how do we gather a community of Georgia residents to openly look at and discuss this difficult past (and present)? How do we honestly negotiate our own relationship to incarceration, issues of race, and the impact of forced labor on our everyday experiences as Georgians? How can we explore the cultural memories of this history that live and move in our bodies? Encountering the archival material in the exhibit’s display cases, how can we make a human connection to the inanimate archival objects of this felt history?

“We turn to performance,” they concluded.

The script, choreography and more were developed in about a half-dozen courses across the two campuses, including a special Maymester course, where faculty and students utilized the co-directors’ various performance techniques including Ghartey-Tagoe Kootin’s performance-centered methodology for analyzing, discussing and inhabiting archival material. They also collaborated with incarcerated students taking college classes through Common Good Atlanta.

As the project moved forward, Severn, along with fellow archivists Chuck Barber and Mary Miller, often met with the classes often in Special Collections classrooms. 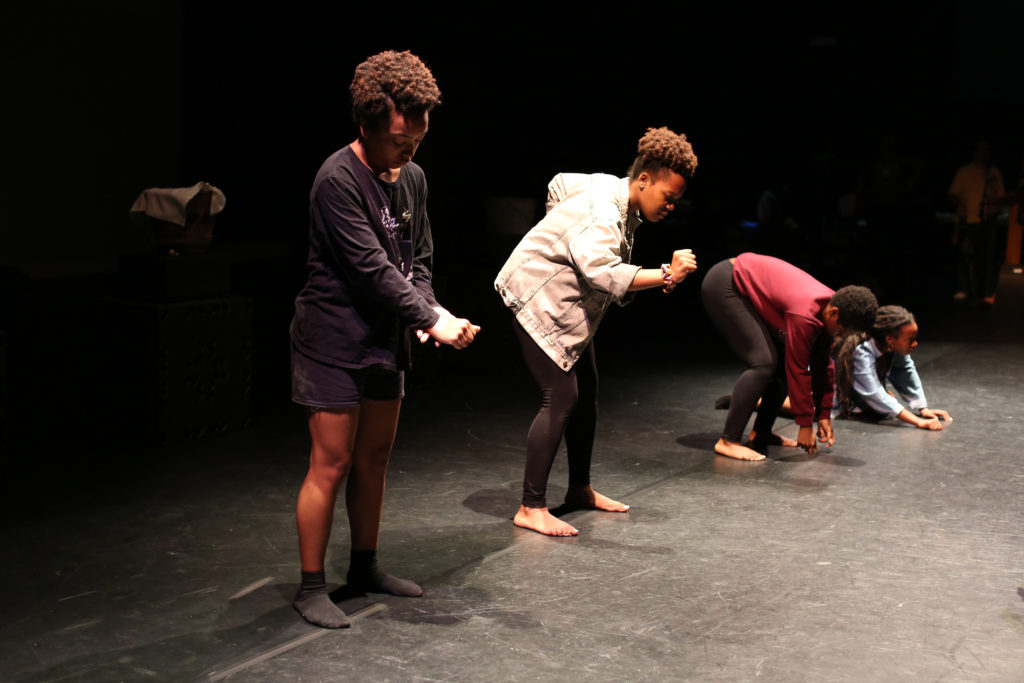 “We knew our students would be so enriched by the experience,” Ghartey-Tagoe Kootin said of using historical documents to create a dramatic performance. “A devised process is not for the weary and the timid. It takes a lot of work and a lot of courage. … At the heart of it all, which was never lost, was the archive, was this exhibit.”

As the fall 2019 semester began, the project moved into the production phase, and collaborators could often be found testing out material inside the Hargrett Gallery, where the exhibit, entitled The New South and the New Slavery, is on display through Dec. 13.

“The archivists almost act as executive producers, as artistic directors. It’s quite interesting to work with them,” Ghartey-Tagoe Kootin said.

This November, the final product, a play entitled By Our Hands, premieres as part of the University Theatre season during UGA’s 2019 Spotlight on the Arts Festival. It will be presented in the production seasons of Spelman Theater & Performance and Spelman Dance Performance & Choreography in February 2020.

[The Georgia Incarceration Performance Project] is supported by a number of funding sources at UGA and Spelman, including the Andrew W. Mellon Foundation through the Global Georgia Initiative of the UGA Willson Center for Humanities and Arts and the Doris Duke Charitable Foundation through Spelman.

Thanks to support from the Ferman Fund, the McCay Fund and the Franklin Excellence Fund, the four UGA November performances of By Our Hands are free and open to the public.