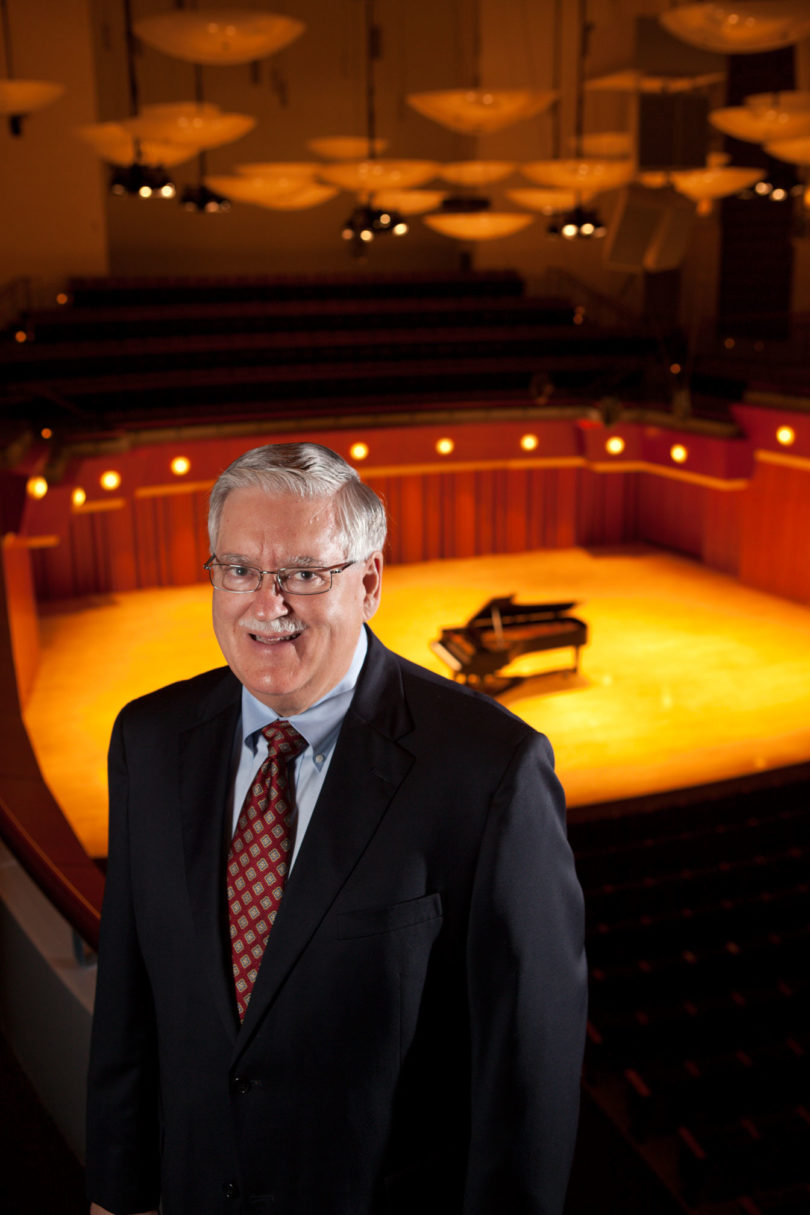 Nine months after taking the reins as director of the UGA Performing Arts Center, George Foreman speaks with Columns about the facility and his plans and vision for the future.

Columns: How did you get started in theater management?
Foreman: I was a grad student at the University of Kansas in the early 1970s. UK had a very nice concert series, financed through money from the student government, so they proposed to the dean that he either had to get a student committee to help run the concert series or they would cut off the funding.

I became the first student chairman of the concert series committee. It actually did give me some sense of the way the business happens-the working through agents and creating a yearlong schedule and some balance to the programming.

I later worked for a performing arts center in Kansas that was owned and operated by a public school system. All the fine arts classes for the public school were taught in that facility but it also had a public performance component, and we did some nice programming.

Columns: How does that background fit into your position now, with a performing arts center connected to a university?
Foreman: It really gives a focus that what you’re doing in an enterprise like this is all about education. For the general public you’re certainly providing entertainment, and people don’t necessarily think of buying a ticket for a concert as a way of learning something.

But, we are enhancing their life-long learning process. Our facilities also have a natural affinity with the Hugh Hodgson School of Music, University Theatre and the department of dance. We provide enrichment that is beyond the classes our students are taking, that extends to building audiences in the community.

Columns: You were at a very successful performing arts center at Centre College in Kentucky before you came to UGA. What was the big draw to come here?
Foreman: I was at Centre College for 27 years. That included the time that [UGA] President Adams was the president there. I have a great deal of respect and admiration for him. He didn’t contact me about this job-but when I became aware that this job had come open, I thought it might an interesting thing to explore. But I know President and Mrs. Adams very well-Centre College is much smaller than UGA-1,200 students, so everyone has more of a chance to get acquainted with the president.

Columns: That’s a big career change so close to retirement.
Foreman: I went through a thought process about it. Though I was happy where I was and it was really successful, I thought I might want to take on different challenges, to go some place where I could really make a difference, hopefully bring some fresh ideas.

Columns: And one of those is building more variety into the programming?
Foreman: Yes. One of our new series this year is called Pull Some Strings. I thought it would be fun and educational to take a family of instruments each year and explore the music that characterizes or is characterized by them. So this is all about string instruments, but there’s a great variety of programming in that. We’ll have the Five Browns, which is five grand pianos, the Venice Baroque Orchestra, which is a pairing of Vivaldi’s Four Seasons with a new concerto by Philip Glass, loosely based on the Vivaldi, called the American Seasons. And then the Punch brothers (mandolin), then Bela Fleck, Edgar Meyer and then a guitar orchestra from Barcelona, an orchestra made up of 25 guitars. The goal was to explore all different kinds of music made with string instruments in the broadest sense of the word.

Columns: You’ve already done some interesting promotions with the new publications you’ve created.
Foreman: I’m a big believer in high-quality printed materials. What’s paramount is to strive for the very highest quality that we can deliver. So, I would like for us to bring in the biggest name classical soloists. I would love for us to be able to bring major symphony orchestras-the New York Philharmonic or the Chicago Symphony.

But regardless of what it is, if we’re going to bring in a banjo player-I love the idea that we’re going to have Bela Fleck-I think that you really need to build that perception of quality with your audience. And you start to do that by bringing in performers with built-in name recognition. If we present Yo-Yo Ma, everybody knows that he’s the greatest, most famous classical musician in the world right now. If you present things like that, then you create in your patrons’ minds the expectation that whatever you do is going to be at that quality level.