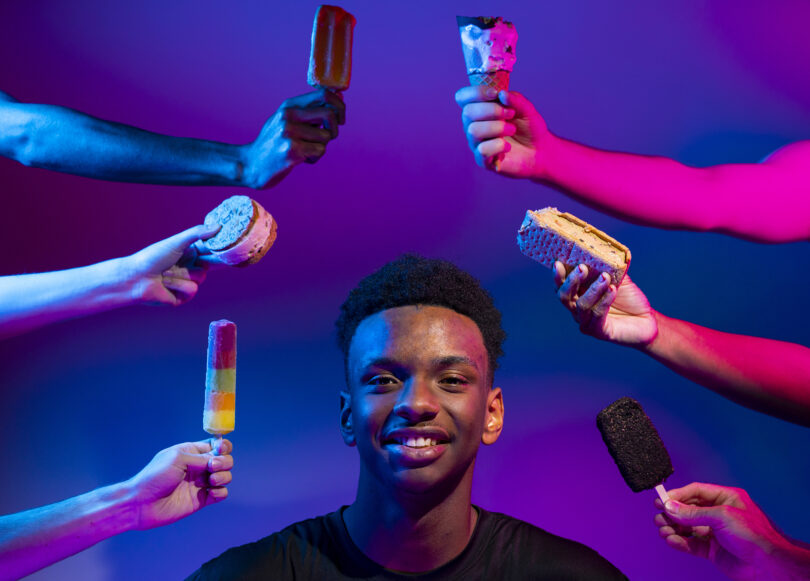 Beau Shell, known as the Lil’ Ice Cream Dude, is the owner of Cool World Ice Cream Shop in Athens. He began his freshman year at UGA this fall. (Photo by Chamberlain Smith/UGA)

Known as the Lil’ Ice Cream Dude, he’s been sharing his frozen treats with people on and around campus for years. But this time, he traded the ice cream for books on his first day of classes as a UGA student.

“I’ve been around Georgia this whole time, and it’s definitely a dream school because it’s everything I need,” he said. “At the end of the day, it was a really good choice.”

Shell plans to major in mechanical engineering with a minor in business. His class schedule includes courses in engineering, calculus, Spanish, physics and a First-Year Odyssey seminar.

“It’s going well,” he said. “I’m getting into the groove of things.”

Additionally, Shell is a GAAME Scholar. By participating in the Georgia African American Male Experience, he’ll have access to academic support services, leadership development opportunities, peer and adult mentoring, and exposure to a multitude of campus resources throughout his time at the university. He hopes to give back and represent the program as a GAAME Ambassador.

“We’re focusing on building a cohort of young African American men, and it’s helping us come together and learn and grow,” he said.

Shell has been setting an example for others his age for quite some time.

For his eighth birthday, Shell asked his parents for an ice cream cart. Not only did he want to share his love of the sweet treat, but he also saw an opportunity to make money to support his school, give back to his community and buy a toy or two. After some convincing, Shell’s parents helped him get a business license and vendor’s permit.

About a year later, Shell’s business outgrew his original cart, so he raised the funds to customize an old trailer, known as Popsicle. He now has Popsicle, two additional carts and a storefront—Cool World Ice Cream Shop on Gaines School Road in Athens. He’s the youngest person to become a member of the Athens Area Chamber of Commerce. 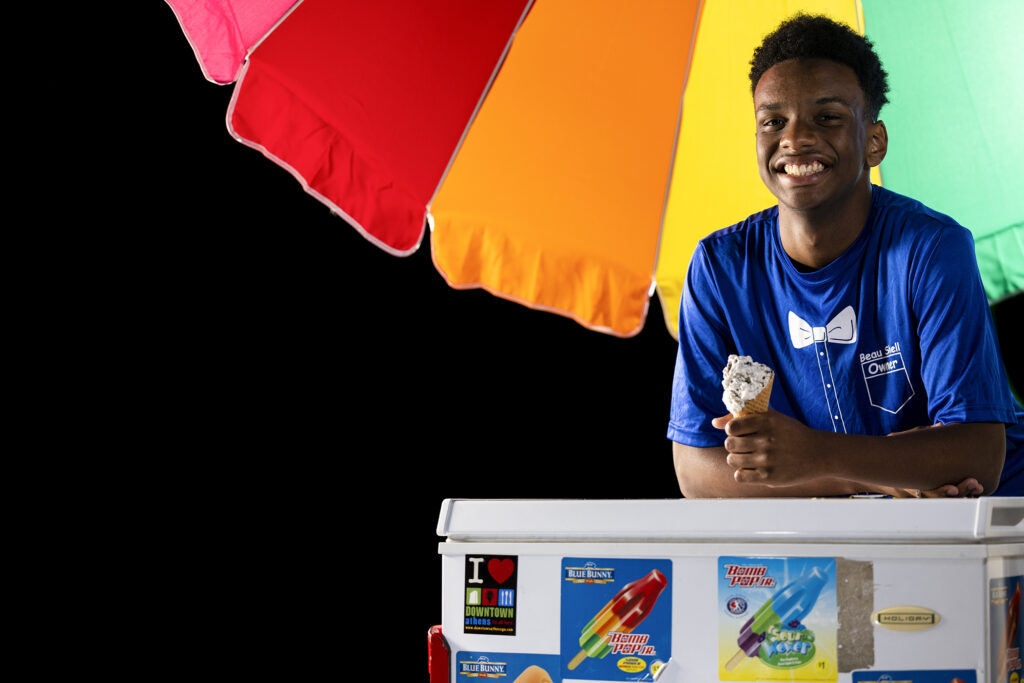 Beau Shell poses for a portrait with his original ice cream cart. (Photo by Chamberlain Smith/UGA)

Giving back has always been part of Shell’s business plan. He started by donating proceeds to his school, but that quickly expanded to other local charities and organizations like the Red Cross, the Junior League of Athens and Project Safe.

One particular project that is near and dear to Shell’s heart is UGA Miracle, which benefits Children’s Healthcare of Atlanta. Shell was a Miracle kid himself a few years ago and looks forward to supporting it now as a student.

For now, Shell is finding his balance of school and work. While he is focusing on academics, his mother is focusing on the business. And like most other college students, he’s taking time to learn more about himself.

“I am happy as a business owner, and I know I am blessed as a businessman,” he said. “I will always want to be known as the Lil’ Ice Cream Dude.”

Shell hopes to use his mechanical engineering studies to take a deep dive into the equipment and manufacturing processes that could enhance his business. Eventually he’d like to have more storefronts and maybe his own line of ice cream.

“I already have a couple of ideas, and they’re definitely expanding,” he said. “There is a lot of potential, which I’m happy to see, and I want to make sure it continues.” 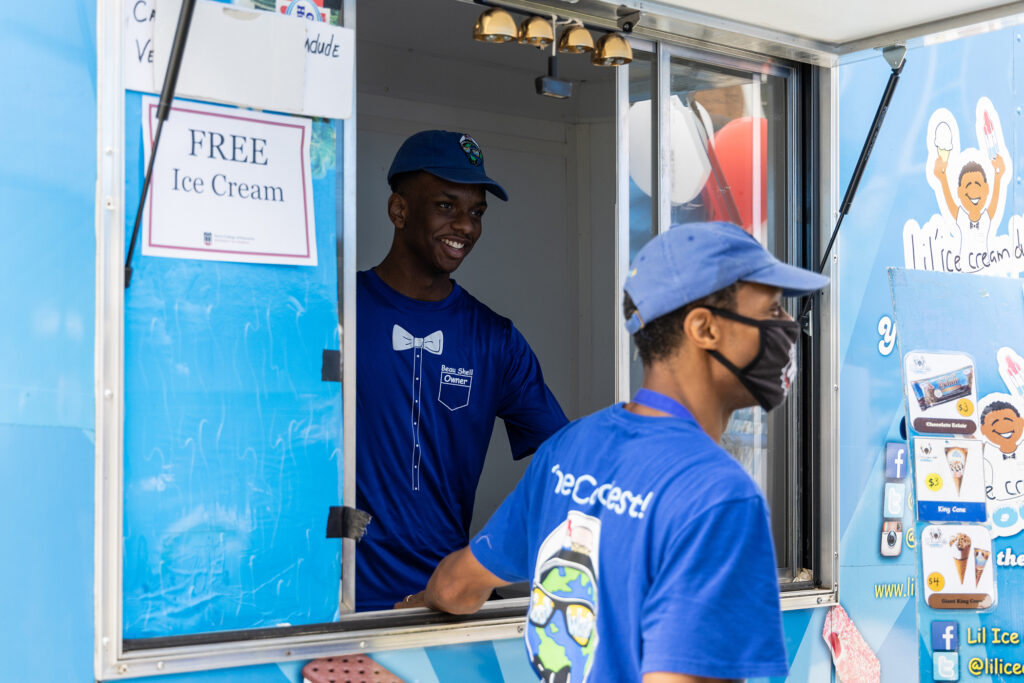 Beau Shell works in his trailer, Popsicle, alongside his father Rick Shell, giving out ice cream to students at the Terry College Back to Business event at Coca-Cola Plaza in the Business Learning Community. (Photo by Chamberlain Smith/UGA)

Even in his first few days on campus, Shell has learned just how big and deep UGA is, and he said that all of the resources available to students help him feel connected.

“It’s been humbling, and I’m always happy to be humbled,” he said. “I understand that I have a lot to learn and I have a lot of character to build.”

He’s looking forward to the same traditions as many students, like lighting up Sanford Stadium just before the fourth quarter while the Redcoat Band plays the Krypton Fanfare. In fact, he auditioned for the band and plans to try out again for a spot on the drumline or playing marimba or another keyboard.

Academically, he’s looking forward to the work. He said he doesn’t mind if classes are challenging because that makes them even more useful.

“I have to show up and show out,” he said. “I shouldn’t expect anything less of myself.”