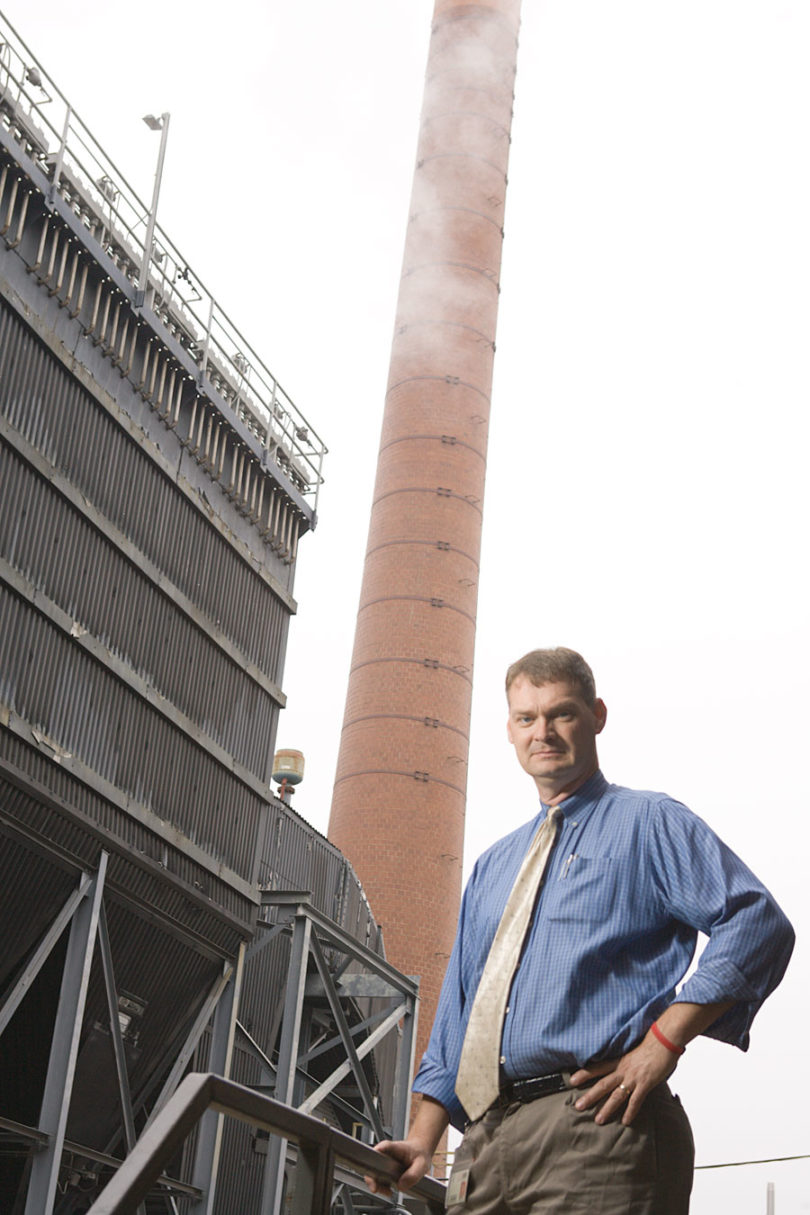 It turns out that what’s good for one’s health also can be good for the environment. In a widely reported pilot study in 2002, University of Georgia researchers showed that the fat processors taken out of food can be used to heat buildings.

Now, the university is looking to turn the successful pilot program into something permanent.

“One of the boilers at the steam plant still has all the equipment to burn a biofuel,” said Ken Crowe, assistant director for utilities in the UGA physical plant. “I think it’s highly likely that we’ll come up with a project in the next year or two that will be more of a permanent installation.”

The 2002 project was led by Tom Adams, director of the UGA Faculty of Engineering outreach service. Over a period of several weeks, he and his colleagues burned biofuels such as chicken fat, beef tallow, fryer grease and pork fat in one of the four boilers at the university’s steam plant. Among other things, the steam generated at the plant heats buildings and water on campus.

Adams, who heads the Energy Conservation Executive Committee, said the biofuels produced about 85 percent of the heat of fuel oil but have far fewer downsides.

“It burns very cleanly and evenly and the emissions are much better. There’s practically no sulfur,” he said. “It’s also non-toxic-you can spill some and you don’t have to worry about hazardous fuel contamination.”

News of the study was reported in newspapers throughout the nation and across the globe, and the researchers received inquiries from as far away as China.

Adams points out that the world’s dependence on fossil fuels has led to air pollution, global warming and a changing of the ocean’s chemistry that threatens marine life. There isn’t enough chicken fat and other biofuels to completely replace fossil fuels, but Adams said using these biofuels is clearly one of the many things that the world can do to decrease its fossil fuel consumption.

“Everywhere you go, you realize that we are so dependent on coal and oil,” he said. “We have to find alternatives, and the answer is in the diversity of opportunities that we have.”

For agricultural producers, the waste product that they once disposed of or sold to rendering plants for next to nothing can now be sold as a fuel.

Adams said Wal-Mart is reducing its fuel costs-and by extension increasing profits-by using fats from its delis, in-store diners and auto service centers as a fuel that’s used to keep produce and freezer sections comfortable for shoppers. The Sony Corp. plant in Dothan, Ala., is saving $1.4 million a year by using biofuels made from chicken fat and used vegetable oil to generate the heat used for its manufacturing processes.

The university still has the equipment to burn biofuels at its steam plant, and the only barrier to using them again is the lack of a storage tank. Crowe said that early next year, the university plans to conduct a feasibility study on the costs and benefits of purchasing and operating a biofuels tank.

Having the ability to burn multiple fuels gives the university the opportunity to use the most economic fuel at a given time, according to Ralph Johnson, associate vice president for physical plant. So when natural gas prices spike, for example, the university can switch to chicken fat. The money saved can be put to uses that help fulfill the university’s teaching, research and service missions.

“We would rather be spending that money on maintaining our facilities, upgrading classrooms and doing things that impact the everyday lives of the people that use our facilities,” Johnson said. “But we have to pay the energy bill first; we have to keep the lights on.”