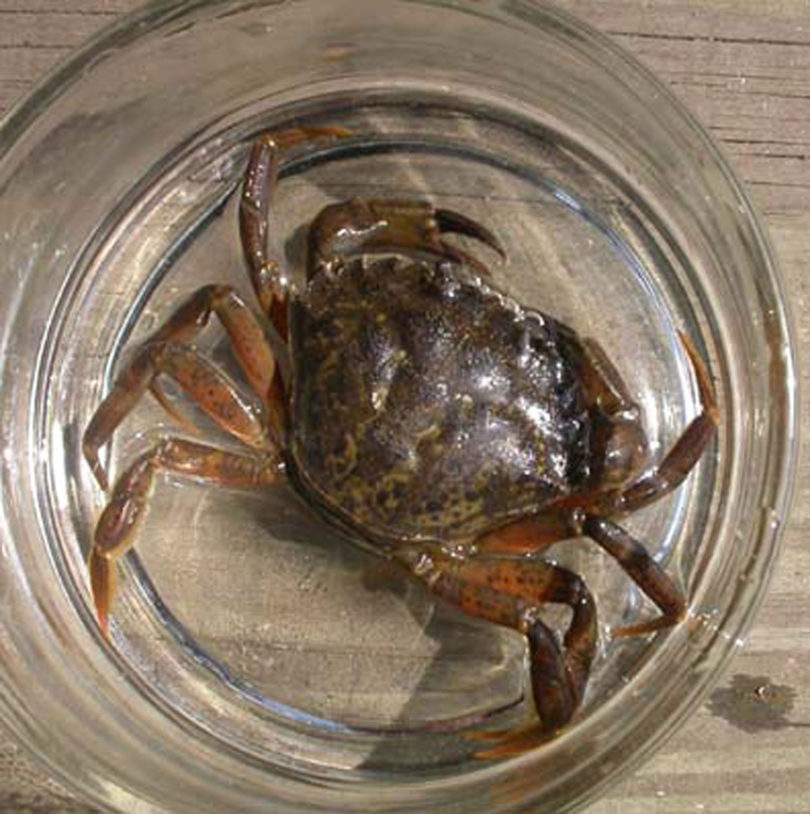 Athens, Ga. – Researchers have found that a species invasion that starts at the upstream edge of its range may have a major advantage over downstream competitors, at least in environments with a strong prevailing direction of water or wind currents.

Scientists from the University of Georgia, University of New Hampshire, Smithsonian Environmental Research Center and University of Vermont studied populations of European green crab, Carcinus maenas. The species was introduced to the East Coast of North America twice, at both the upper and lower edges of its range. Their findings, recently published in the Proceedings of the National Academy of Sciences, may help inform the control of invasive species and the conservation of imperiled native species.

“In New England, they’re worried,” said Jeb Byers, an associate professor at the UGA Odum School of Ecology and one of the paper’s authors. “These green crabs have been doing a number on native shellfish. They eat a lot of clams. And they’re a very cosmopolitan species-they’ve now spread all over, to places as far afield as the West Coast of the U.S. and South Africa.”

The European green crab was first detected in North America in New Jersey in the early 1800s, Byers said. It spread slowly north against the prevailing direction of ocean currents until it reached Halifax, Nova Scotia in 1964. That was the extent of its range along the East Coast until the 1990s, when populations suddenly appeared throughout the Canadian Maritime provinces.

Conservation biologist Joe Roman of the University of Vermont, another of the paper’s authors, determined that these new populations were genetically different from those established earlier. Analysis revealed that unlike the earlier arrivals, they were related to European green crabs found in the Baltic, suggesting a new introduction directly from Europe to Nova Scotia had taken place.

Understanding how the species spread could offer insights into how to control it.

“Our theory was that the old invasion spread as far as it could upstream before fighting the currents made it impossible to spread farther,” Byers said. “We suspected that the new invaders were successful essentially because of physics. Unlike their predecessors, they didn’t have to fight their way against the current to spread. They just had to disperse their larvae into the water column and let the current carry them south along the coast.”

The second crab invasion established in the Strait of Canso and Bras d’Or Lake in northern Nova Scotia, locations well suited to serve as large population retention zones. These zones anchor the crab population because they are not subject to the strong currents typical of the outer coast.

“If you look at the prevailing ocean currents in the area, you can see that these population retention zones are at the upstream edge of practically the entire distribution of the crabs,” Byers said. “Crab larvae enter the water column from there and drift south.”

They also found that areas not previously invaded by southern crabs were susceptible to invasion by northern crabs. “The currents were carrying the crab larvae downstream from the northern populations into areas that the crabs moving under their own power up from the south were unable to colonize,” he said.

“Upstream retention zones should hold dominant sway over species and genetic level diversity in environments with strong physical influences,” Byers said. “That’s where we need to focus our vigilance, because such retention zones are capable of populating entire regions.

Besides Byers and Roman, the paper’s authors were James M. Pringle of the University of New Hampshire and April M. H. Blakeslee of the Smithsonian Environmental Research Center. Funding for the study was provided by the Sloan Foundation’s Census of Marine Life and the National Science Foundation.