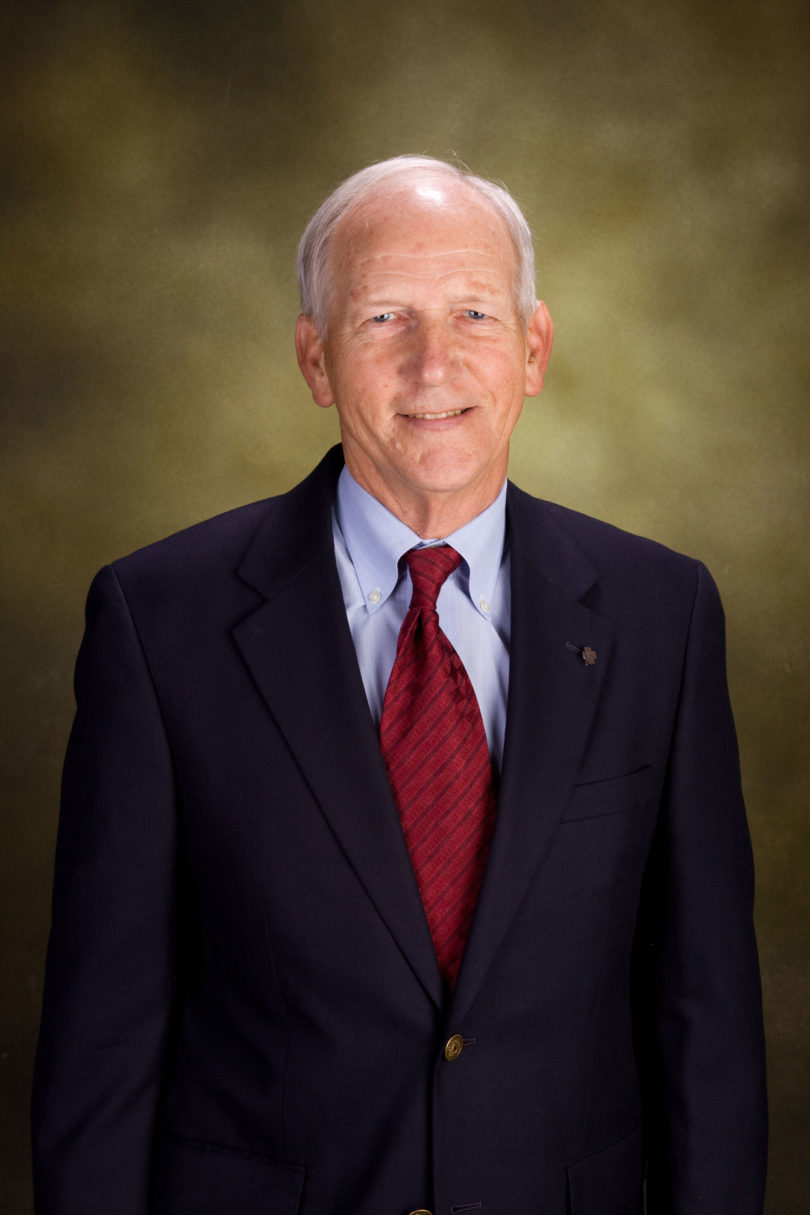 Athens, Ga. – Thomas F. Rodgers raised more than $2 million to renovate the University of Georgia Rock Eagle 4-H Center. He worked with colleagues to establish environmental education programs now used nationwide. For these and other accomplishments, he has been named to the National 4-H Hall of Fame.

Rodgers, a former UGA associate vice president for public service and associate dean for outreach and extension in the College of Family and Consumer Sciences, was inducted Oct. 7 at the National 4-H Youth Conference Center in Chevy Chase, Md. He credits 4-H for many of his successes.

“Most of the good things that have happened to me started with 4-H, including my choice of colleges and majors; and most of my best friends came to me through 4-H,” he said. “I obtained my first job with Cooperative Extension through 4-H contacts and friends. As a matter of fact, I met my wife during 4-H camp.”

In 1979, Rodgers and retired 4-H specialist Diana Davies created an environmental education program at the Rock Eagle 4-H Center in Eatonton. In that first year, the program served 2,000 students. Today, it has expanded to all five Georgia 4-H centers and serves about to 900,000 students in Georgia and across the southeastern United States. It has also produced $50 million in revenue, according to Arch Smith, state 4-H director, who nominated Rodgers for the award.

In the early 1980s, Rodgers and retired Extension director Tal Duvall worked together to acquire the former Dolphin Hotel on Jekyll Island. They converted it into a coastal facility that annually serves more than 12,000 students and 2,000 4-H members.

In 1984, Rodgers embarked on an even bigger venture: renovating the Rock Eagle 4-H Center, which had such serious renovation and repair needs that it was in danger of being closed. Rodgers solicited private gifts and legislative appropriations totaling more than $2.2 million for renovations at both Rock Eagle and the other 4-H centers. Included in that amount was a gift of $200,000 from the Cecil B. Day Foundation to construct a museum of natural history.

Rodgers also increased the 4-H scholarship program by more than 200 percent and was responsible for establishing the Dawson 4-H Loan Program that assists Georgia 4-H members in their pursuit of higher education. In 1990, he worked with Cooperative Extension staff and received a $247,000 Kellogg grant to implement the Global Food Web program, which brings youth together to discuss world hunger and food supply issues.

Although Rodgers officially retired in 2004, he has continued to work with the Georgia Initiative on Community Housing, a collaborative of the FACS Housing and Demographics Research Center, the Georgia Department of Community Affairs and the Georgia Municipal Association. Communities participating in GICH spend three years receiving facilitation, instruction and technical assistance as they design and implement housing programs to improve both quality of life and economic conditions in their communities.

Rodgers also gives a great deal of time to the Athens Area Habitat for Humanity as well as other civic and community organizations.

“Tom Rodgers is one of only four Georgia lifetime achievement recipients,” Smith said. “He charted a course for Georgia 4-H to continue its legacy of providing excellent youth development opportunities and has kept Georgia at the forefront of 4-H programming in the U.S.”

Rodgers is married to Janie O’Neal Rodgers. They are the parents of Scott and Jim and have six grandchildren.