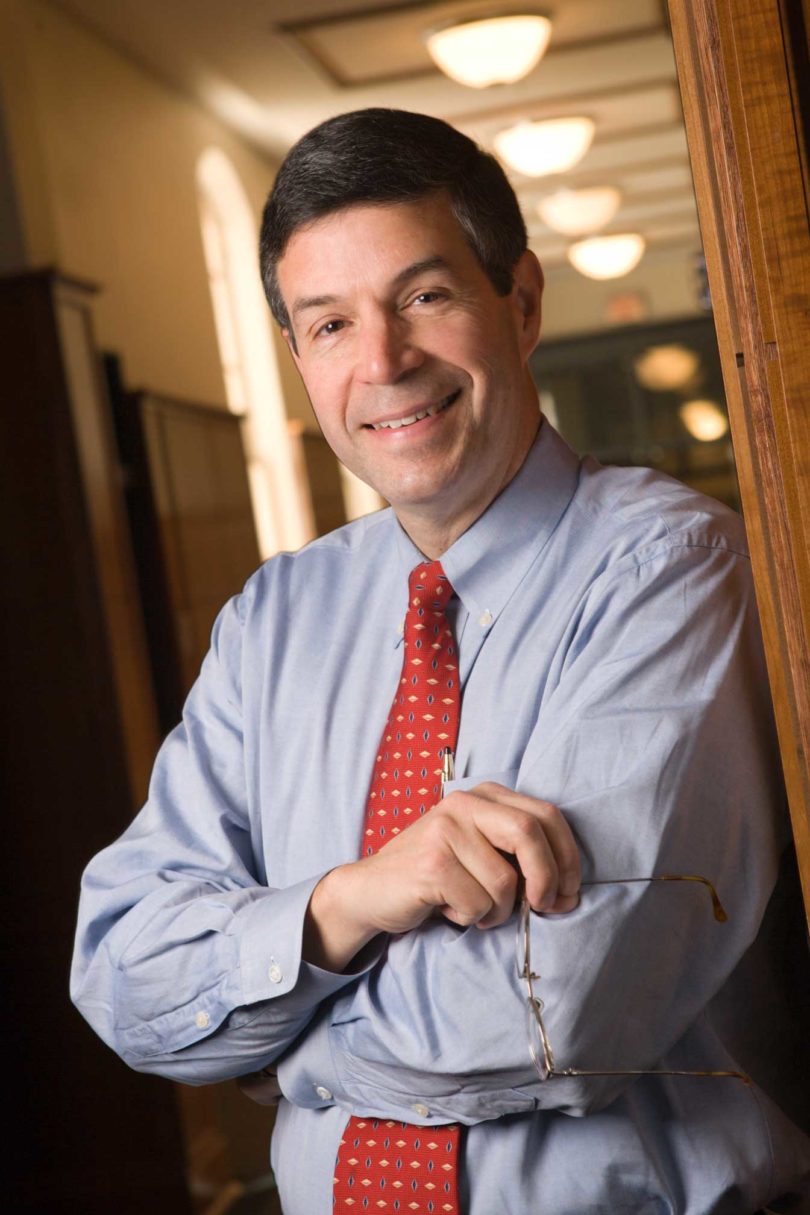 Peter J. Shedd, director of the Master of Business Administration program in the Terry College of Business, has been awarded the title of University Professor.

The honor is reserved for UGA faculty who have had a significant impact on the university, in addition to fulfilling their normal academic responsibilities. This impact may be in the areas of policy development, teaching, curricular change, innovative programs or academic leadership.

Additionally, the title recognizes individuals whose actions as change agents have improved the quality with which the university serves its missions. No more than one University Professor is named in any given year.

Shedd has three decades of service as a professor of legal studies at Terry College and also has served in several administrative roles on campus, including as associate dean in the business school (1985-86), as executive assistant to the president (1986-88) and as associate vice president for instruction (1999-2003).

Shedd has been director of the full-time M.B.A. program at Terry College since 2006.

His extensive contributions to UGA include serving on more than 50 university committees, councils and boards. Shedd is a former chair of the University Council, a past member of the Athletic Association board of directors and has been a member of the UGA Foundation’s board of trustees since 2004. He served as the faculty adviser to the Blue Key National Honor Fraternity for 20 years, ending in 2007, and has been the faculty adviser to Sphinx since 1999. He also served as vice president of the University Employees Federal Credit Union’s board of directors.

“Professor Shedd has contributed significantly to the advancement of quality instructional programs at the University of Georgia,” said Provost Arnett C. Mace Jr. “He has been an outstanding instructor and mentor of young faculty and has contributed to curriculum development, among many other roles at UGA.”

“Peter has a 30-year track record of excellence as a teacher, scholar and administrator for the Terry College and the entire University of Georgia,” said Sumichrast. “The award of University Professor is a tribute to the knowledge, talent and leadership that he not only possesses individually, but also inspires in others. It is an honor that is richly deserved.”

“It has been a privilege to spend my career at the Terry College of Business and the University of Georgia,” Shedd said. “Good fortune has provided me many rewarding opportunities at the university and to be recognized alongside the number of outstanding people who have received this distinction is a very special honor.”