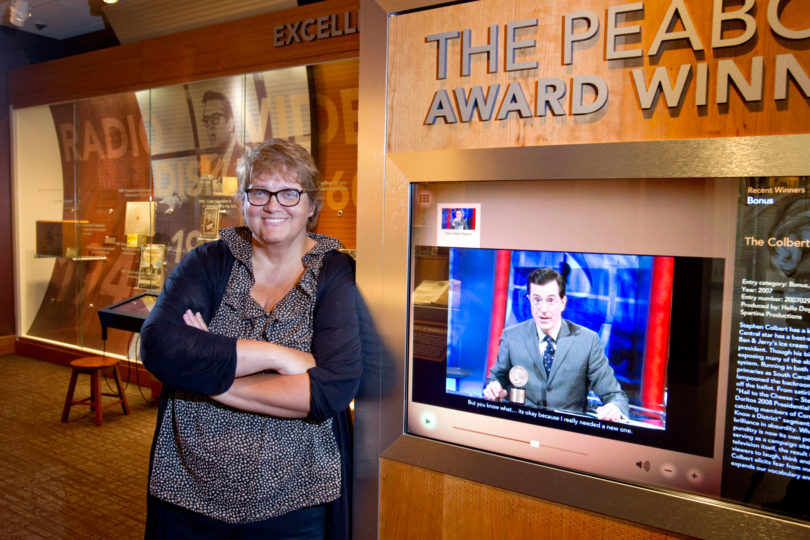 The Walter J. Brown Media Archives and Peabody Awards Collection represent a cultural cross-section of television from its infancy to the present day

Ruta Abolins is the daughter of Latvian parents who immigrated to America as children from a displaced persons camp in Germany after World War II. The only one of five children to pursue higher education, Abolins was encouraged to enter a profitable field, and so she majored in business and marketing at the University of Wisconsin in Milwaukee.

“I hated it,” she laughs. “I gave myself a film course as a treat and that was it. I changed my major.”

A dozen years later, Abolins is leading the third largest public archives for broadcasting in the United States. The Walter J. Brown Media Archives and Peabody Awards Collection together hold more than 90,000 titles and five million feet of newsfilm, comprising moving image and sound collections that focus on American television and radio broadcasting, and the music, folklore and history of Georgia.

After she graduated from college, Abolins went to work at the Milwaukee Art Museum, where she coordinated lectures, film screenings and classes until she entered a graduate program in popular culture at Bowling Green State University.

A subsequent internship at the Museum of Broadcast Communications in Chicago introduced her to the archival world.

“I began to think about the ­questions, ‘What do you take and what do you leave behind?’ I realized: No. 1, moving images; and No. 2, that was the question of a lifetime,” she says.

Then she discovered the Wisconsin Center for Film and Theater Research in Madison, 30 minutes away.

“I volunteered and two months later, got a job,” she says. “I was there eight years.”

Abolins was involved in all aspects of collection development, provided reference service and assisted researchers with access to the film, television and theater collections at the center. Her years at the center gave her a breadth of experience in an archival environment.

When an archival position in the media department at the UGA Libraries came open in 1998, Abolins remembered a 1996 visit to Atlanta for a conference, with a sidetrip to Athens. After two years, Abolins became director. During her tenure, the department’s efforts have focused on organizing the collections and increasing accessibility.

“I really want to make the collection more accessible for the university community as well as school children and the public,” Abolins says. “The next move we make will be digitizing parts of the collection and continuing our preservation efforts. “

Abolins has actively involved the Brown Media Archives in annual ­observances on campus, including Black History Month and Women’s History Month, offering related screenings of previous Peabody winners. The planned special collections building will allow her to expand that outreach, offering screenings of Peabody nominees and winners each year, along with a museum dedicated to the history of moving images and broadcasting.

“I don’t think any other archive can do that, other than the Library of Congress,” she says. “And, it’s important for the state-all of our collections are so related to the state of Georgia. As far as I know no one else is doing it like this.

Plus, I want to move into the new building and have storage. Archives are all about storage-good temperature- and humidity-controlled storage. That’s how goofy we are.”