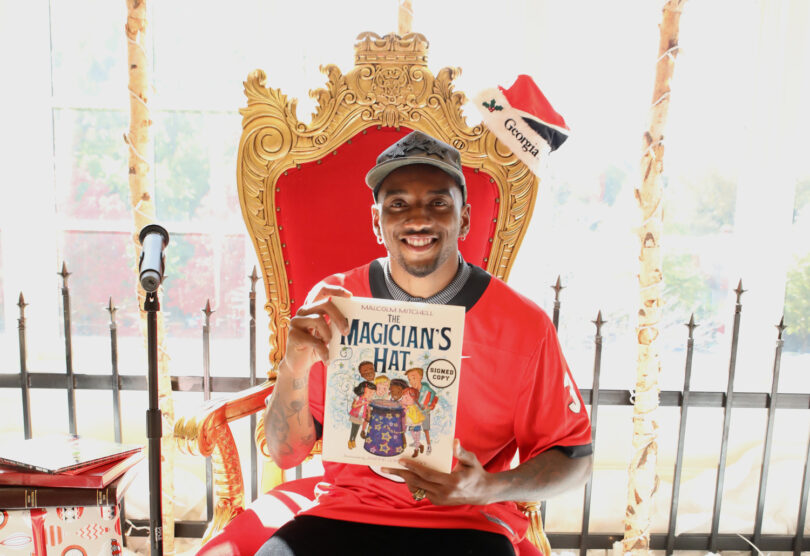 Under bright lights on an otherwise dark stage at the Classic Center, Malcolm Mitchell AB ’15 revealed what had become inevitable, if also unthinkable.

Before thousands in the audience at the 2019 TEDxUGA speaker showcase, the stand-out Georgia Bulldogs wide receiver and New England Patriots Super Bowl champion laid out the long list of injuries he suffered in the sport that has defined him.

“My knees have finally had enough,” he said. “Football is over.”

He was 25 and retiring from a career he had trained for his whole life.

Onstage, he paused, fighting his body’s urge to break down and weep in front of everyone. But he gathered himself and declared his resolve to move on.

“Adversity is inevitable,” he said. “It doesn’t matter who you are, where you’re from, how much money you have, how well you’re liked. It’s about understanding there is a bright light in that cycle of unforeseen storms. Opportunities to grow and expand.”

Mitchell has been growing.

Even before his retirement, he founded the literacy foundation Share the Magic, aimed at inspiring a love for reading in children. It includes programs like ReadBowl, which creates reading competitions between schools across the nation and even around the world. 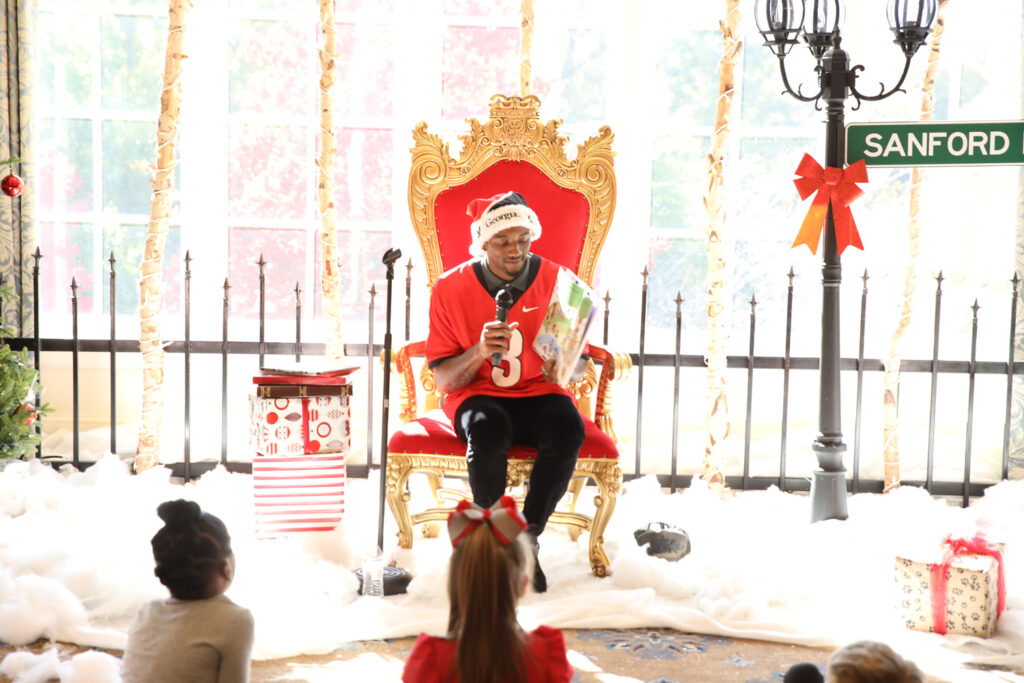 He’s the author of the children’s book The Magician’s Hat. His next, My Very Favorite Book in the Whole Wide World, comes out this month. It’s about a reluctant reader named Henley who gets what he thinks is “the scariest homework assignment in the world”: finding his favorite book and sharing it in front of his class. In the story, Henley searches to find a book that speaks to him.

It’s a journey Mitchell knows something about. Despite his love of reading and writing now, he had no interest in books as a child.

It wasn’t until his time at UGA—when he realized he had a hard time even reading labels at the grocery store—that he started to have a change of heart.

He became curious about becoming a better reader. During a chance meeting at the Athens Barnes & Noble, he met a woman who was part of a small local book club. He asked to join, even though he would be the youngest, the only male, and the only Black member. They welcomed him with open arms.

That story is the inspiration for a greenlit TV pilot Football Book Club (although the studio postponed production because of the pandemic).

A year after his announcement at TEDxUGA, Mitchell says retirement is still hard—harder than he had expected. His brain and his body yearn for him to be a football star, for him to catch a pass in front of capacity crowds, to elude tackles, to sprint toward the end zone. For most of his life, he explains, his body learned to find reward in these moments, for the neurons to fire up and deliver him sheer joy. But the same body that yearns for these moments can no longer support it.

These days, Mitchell lives in Atlanta. He has a newborn son. And he’s getting more hands-on in the day-to-day aspects of running of his foundation. Just as Mitchell retrained himself to love reading, he’s learning how to be a dad and how to be an even more effective advocate for literacy.

Mitchell says he’s game for his new journey as an author, a philanthropist, and a father.

“As long as you’re here, you’re always searching for something to find purpose, to provide value,” he says. “Right now, I’m very fortunate for what I have in my life.”