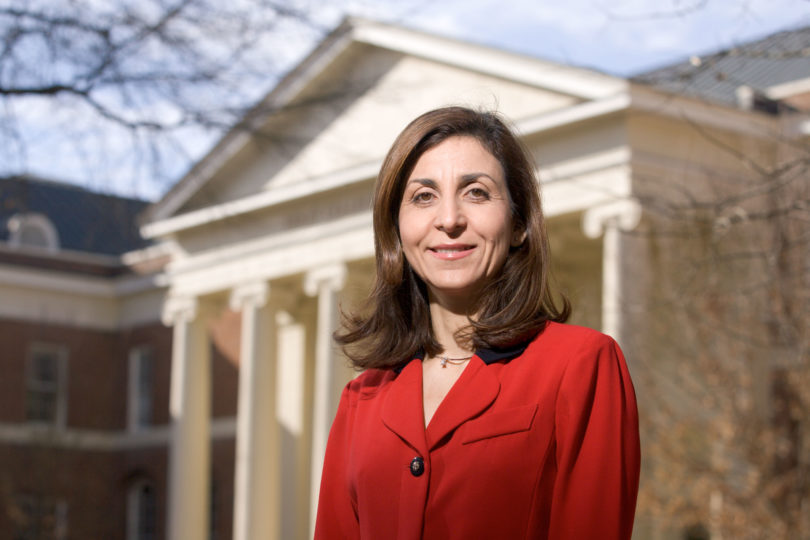 Management information systems faculty member Elena Karahanna has been named the L. Edmund Rast Professor of Business in the Terry College of Business.

She is best known for her research in the area of technology acceptance, including implementation, adoption and diffusion of information technology.

“Dr. Karahanna has earned the respect and admiration of her colleagues and peers as a highly productive scholar,” said Robert T. Sumichrast, dean of the Terry College of Business. “She is widely recognized as one of the best teachers of Ph.D. students in the discipline, and as such she is considered a mainstay of Terry’s doctoral program in MIS, which has a national reputation. She has been equally successful as a teacher in the undergraduate program, where she is chiefly responsible for the course curriculum in systems analysis and design.”

Born in Cyprus, Karahanna studied in the U.S. on a Fulbright Award. She completed her dissertation at the University of Minnesota in 1993, and she joined the MIS department in the Terry College in 2000 from Florida State University.

Karahanna was ranked the 10th most prolific MIS researcher based on publications appearing in the field’s top two journals (MIS Quarterly and Information Systems Research) during a 10-year period ending in 2009.

She also is well known for her insightful reviewing of research papers submitted to the top journals.

She served a three-year post as a senior editor at MIS Quarterly and the Journal of AIS and currently holds the same title with Information Systems Research. As a mentor of doctoral students, she has supervised nine dissertations and served on 14 dissertation committees.