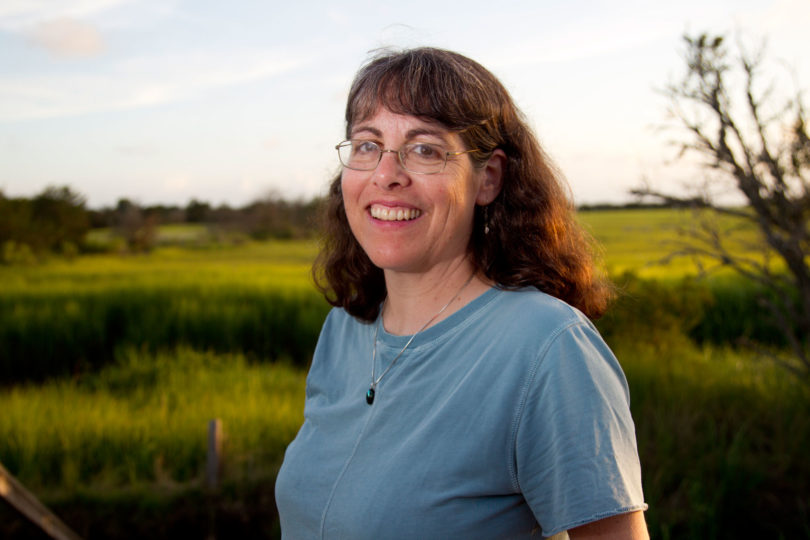 Merryl Alber has been named director of the university’s Marine Institute at Sapelo Island. Her appointment was effective Oct. 1.

She succeeds marine sciences professor William Miller, who served as UGAMI director from 2004 to 2013 and helped to enhance the institute’s capabilities despite a series of challenging cuts to its state budget. Miller will continue his research on chemical reactions of ocean and sunlight, and their potential role in removing carbon from the deep sea.

The appointment of Alber reflects a renewed focus on the pristine marine laboratory as a field station that supports world-class research and education in coastal ecosystems. UGAMI’s

international reputation, dating back to the 1950s, is based on groundbreaking ecological research by scientists from UGA and beyond.

“Merryl’s appointment as director reflects our goal of making UGAMI a destination for marsh and coastal studies by scientists not only from UGA, but from institutions across the University System of Georgia and beyond,” said David Lee, vice president for research. “Our efforts in the coming months will focus on bringing scientists and students to conduct research at this world-class facility.”

The research conducted out of UGAMI today includes the Georgia Coastal Ecosystems Long-Term Ecological Research Project, which began in 2000 and was recently renewed for an additional six years. Alber serves as director of this project, which is focused on understanding how marshes and estuaries function, tracking changes over time and predicting how they might be affected by future variations in climate and human activities. The GCE project, along with other research efforts based at the Marine Institute, continue the long and distinguished history of the institute.

“UGAMI provides us with access to a natural laboratory on the Georgia coast,” said Alber. “This is an exciting time at the Marine Institute, as we are renovating (residence halls), nearing completion on a dining facility and adding new laboratory space. I encourage researchers who have never been there, or have not been there in a long time, to come for a visit.”