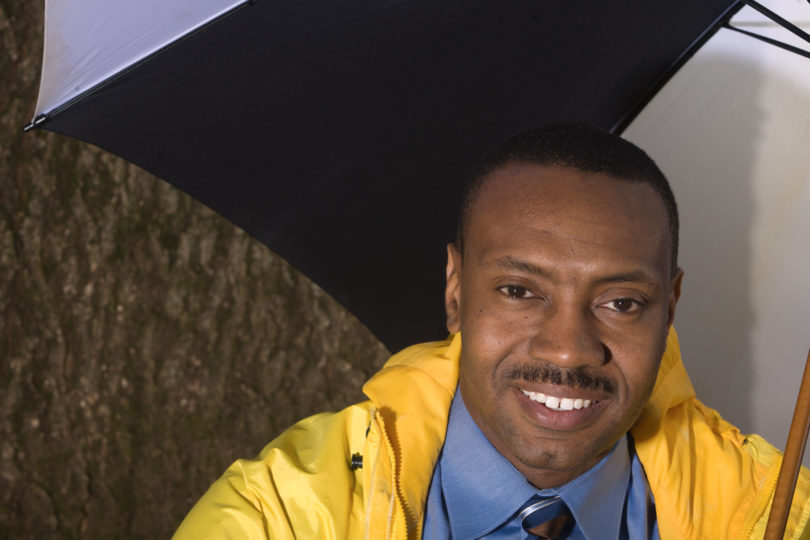 Athens, Ga. – Marshall Shepherd, professor of geography in the University of Georgia Franklin College of Arts and Sciences, has been voted president-elect of the American Meteorological Society.

Shepherd, who directs the university’s Atmospheric Sciences Program, will begin a one-year term as president-elect on Jan. 22 at the annual meeting of the society in New Orleans. In 2013, he will assume the presidency of the society, which was founded in 1919 and has a membership of more than 14,000 professionals, students and weather enthusiasts.

“The AMS is the oldest and most respected organization in the field of atmospheric science, and I’m honored to serve as its president-elect,” Shepherd said. “The costly and deadly weather events of the past year and the current discussions regarding climate highlight the critical role that weather and climate play in our society, and the AMS continues to be a sound and credible resource on these issues.”

Shepherd joined UGA in 2006, and his research has shed new light on urbanization-precipitation relationships, hurricanes and extreme weather events such as the devastating Atlanta floods of 2009. Before coming to UGA, he spent 12 years as a research meteorologist at the NASA-Goddard Space Flight Center. He was deputy project scientist for the Global Precipitation Measurement mission, which launches in 2014 and will use an international network of satellites to provide nearly global measurements of precipitation that will aid climate change models and improve the accuracy of weather forecasts.

It wasn’t a flash of inspiration but a rather a sting-a bee sting, to be exact-that got Shepherd interested in meteorology. He explained that as a child growing up in Canton, Ga., he dreamed of becoming an entomologist. Discovering the hard way that he was allergic to bee stings led him to consider other options, and the success of a middle school science fair project-in which he constructed weather instruments from scratch and used them to forecast the weather in his neighborhood-revealed a talent that would blossom into a career.

Shepherd earned his B.S., M.S. and Ph.D. in physical meteorology from Florida State University, where he was the first African American to receive a doctorate from its department of meteorology, one of the nation’s oldest and most respected. (He will become the second African-American president of the AMS)

He has published more than 60 peer-reviewed publications in the scientific literature and has been funded by NASA, the U.S. Department of Agriculture Forest Service, Department of Defense and the National Science Foundation. He is the author of forthcoming textbook The Urban Climate System and co-authored the children’s book Dr. Fred’s Weather Watch: Create and Run Your Own Weather Station, which is based on his sixth-grade science fair project.

For his research assessing the effects of urbanization on precipitation, Shepherd received the highest federal award given to the nation’s young scientists and engineers, the Presidential Early Career Award, at a White House ceremony. Shepherd is a Fellow of the AMS and recipient of the 2011 AMS Charles Anderson Award. He serves on the science advisory board of the National Oceanic and Atmospheric Administration, was a contributing author on the 2007 Inter-governmental Panel on Climate Change AR4 report, and has served on a National Academies of Science panel considering the security implications of climate change on U.S. Naval operations. He is frequently asked to present findings to federal, state, and local officials and the private sector.

In addition to sharing his expertise with policymakers and other researchers, Shepherd often gives lectures to civic groups and schoolchildren. He also has appeared on national broadcast media outlets and programs including CNN, The Weather Channel and The Today Show.

“One of the things I’m really interested in is helping make sure that the public has a clear understanding of how weather and climate affects their day-to-day lives-beyond questions like whether it’s going to rain tomorrow,” Shepherd said. “Weather and climate can impact the stock market, crop yields and public health, and I’m really passionate about trying to get that message across.”