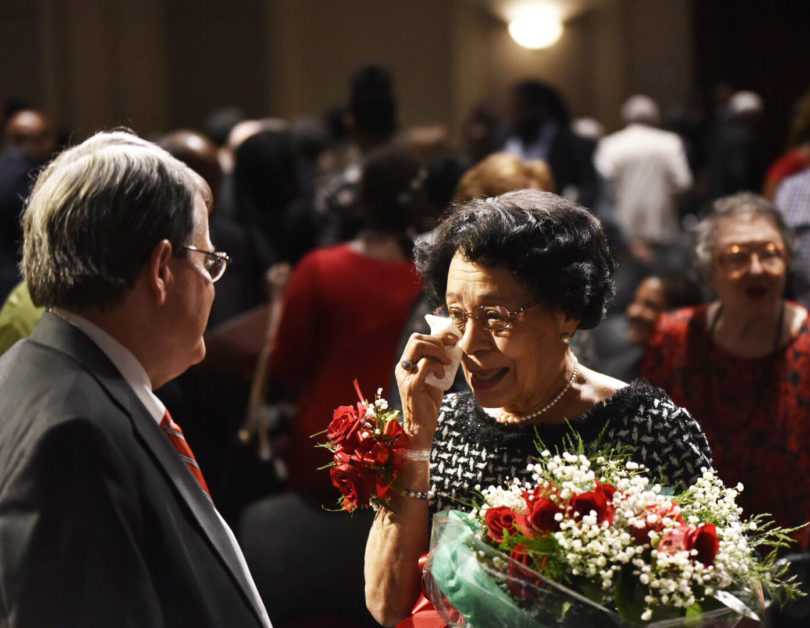 Mary Frances Early, the first African American to receive a degree from the University of Georgia, was honored Sept. 11 at a premiere screening of a documentary featuring her life story.

“Mary Frances Early: The Quiet Trailblazer” was screened at an Atlanta event that included UGA officials, alumni, and friends and family of Early. The film, which is narrated by former WSB-TV Atlanta anchor and UGA alumna Monica Pearson, chronicles Early’s role in opening the door of educational opportunities to African Americans.

“Ms. Early has made a profound impact on the lives of countless individuals throughout her life,” said UGA President Jere W. Morehead. “This documentary will continue to honor her pioneering and trailblazing path, which is still being felt across the state of Georgia.” 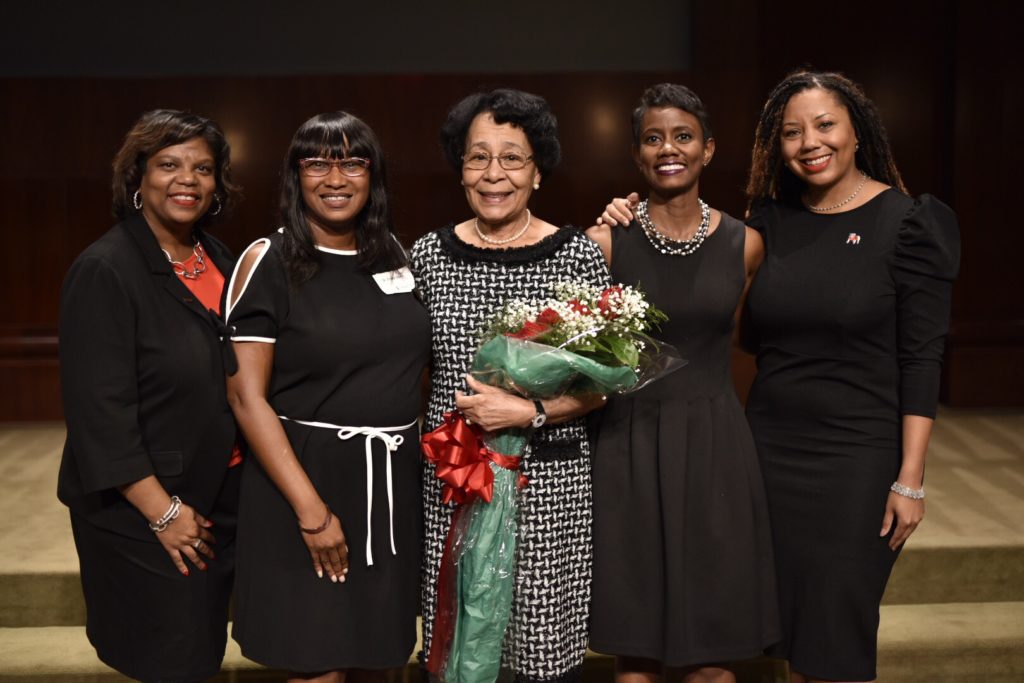 Dominique Holloman, the Black Alumni Leadership Council’s inaugural president, was mistress of ceremony for the screening. During the event, Pearson held a special interview with Early, in which the civil rights icon discussed her life and role in desegregation.

“Mary Frances Early’s story of overcoming obstacles, persevering in the midst of hostility and ultimately accomplishing incredible success both personally and historically is the ultimate American tale,” Cook said. “Unfortunately, this story existed in obscurity for so many years, unknown and unacknowledged. This documentary fills a void in our history and allows us the opportunity to celebrate an amazing unsung hero, who is also one of our own.”

“Mary Frances Early: The Quiet Trailblazer” is the fifth installment created by UGA’s Foot Soldier Project for Civil Rights Studies. The Project chronicles the lives and stories of those “foot soldiers” whose names might not be familiar, but whose dedication to the cause of equality formed the backbone of a movement that brought about sweeping changes in the nation’s history.

“Mary Frances Early is the embodiment of a foot soldier for equal justice. She represents an authentic voice of protest as a Georgia citizen who courageously and selflessly joined the civil rights movement,” Daniels said. “The story of Ms. Early demonstrates the power of a grassroots activist who helped to change the course of history at our university, in our state, and nation. All too often, the efforts of unsung heroes – as evidenced by the powerful story of Mary Frances Early – are lost to history. So it is indeed fitting that we chronicle her story and celebrate her accomplishments.”

Early earned a master’s degree in music education from UGA in 1962 and returned in 1964 and earned a specialist in education degree in 1967. Honored repeatedly for her achievements and service, Early was awarded an honorary Doctor of Laws degree from the University of Georgia in 2013. Five years later, Morehead bestowed the President’s Medal to Early.

Early’s distinguished career includes becoming the first African American president of the Georgia Music Educators Association in 1981 and serving as music director for the entire Atlanta Public Schools system. She also taught at Morehouse College and Spelman College and served as chair of the music department at Clark Atlanta University.

“Mary Frances Early: The Quiet Trailblazer” debuted on Georgia Public Broadcasting on Sept. 18 and will air again Sept. 23 at 11 a.m. An on-campus screening is also being arranged. GPB has posted the documentary online.