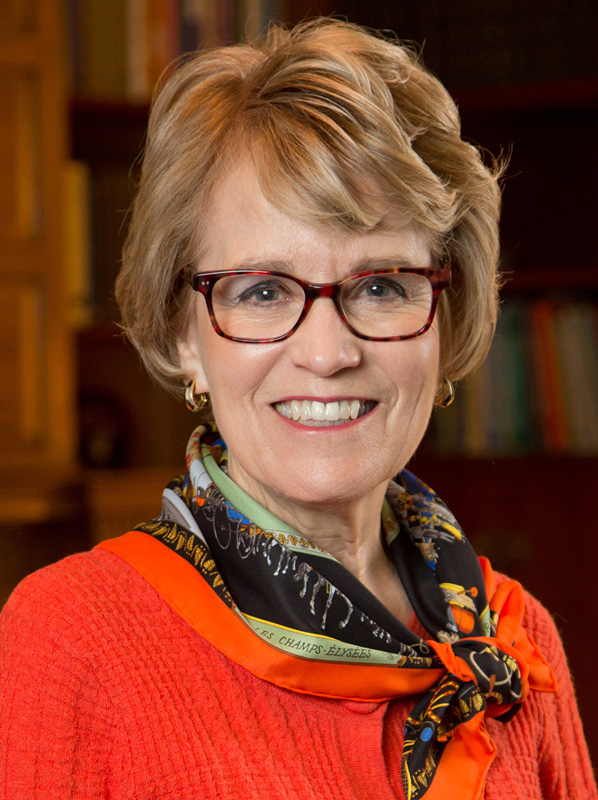 The conversation with Morehead and Coleman, who is president emerita of the University of Michigan, is one of a series of monthly meetings in which the nine Women’s Leadership Fellows learn from senior administrators on campus as well as visiting speakers.

“The University of Georgia is honored to have Dr. Coleman join us for this occasion,” Morehead said. “Her leadership experience in higher education is extraordinary, and the university and the Women’s Leadership Fellows program will be deeply enriched by her contributions.”

Coleman, who will assume the presidency of the AAU on June 1, led U-M for 12 years before retiring in 2014 and was previously president of the University of Iowa. She is a nationally recognized leader in higher education who was named one of the nation’s “10 best college presidents” by Time magazine and has been honored with the Lifetime Achievement Award from the American Council on Education.

As U-M president, Coleman was named by President Barack Obama to help launch the Advanced Manufacturing Partnership, a national effort bringing together industry, universities and the federal government. Under her leadership, U-M launched and expanded academic partnerships with universities in China, Ghana, South Africa, Brazil and India. She led “The Michigan Difference,” a campaign to raise $2.5 billion for the future of the institution that, at its conclusion in 2008, stood at $3.2 billion.

Her extensive leadership positions in higher education have included membership on the NCAA board of directors and the Knight Commission on Intercollegiate Athletics and serving as chair of the AAU. Elected to the Institute of Medicine, Coleman also is a Fellow of the American Association for the Advancement of Science and of the American Academy of Arts and Sciences.

The inaugural cohort of UGA’s Women’s Leadership Fellows includes representatives from seven schools and colleges as well as the Carl Vinson Institute of Government. The fellows were chosen from nominations from deans and other senior administrators as well as from self-nominations.

The Women’s Leadership Fellows program is part of the broader Women’s Leadership Initiative that Morehead and Provost Pamela Whitten launched in 2015. In addition to expanding opportunities for leadership development, the initiative is addressing recruitment, retention and hiring as well as work-life balance.

“Dr. Coleman’s visit will give our inaugural class of Women’s Leadership Fellows a deeper understanding of what it takes to move large and complex organizations forward,” Whitten said. “Her perspectives will be invaluable to our fellows and will undoubtedly inspire them to make an even greater impact on the University of Georgia.”