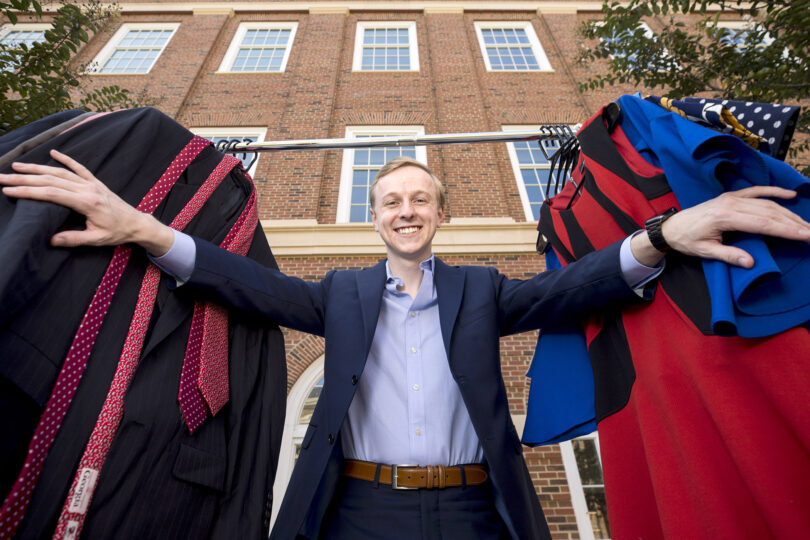 When Matthew McDaniel came to UGA, he knew he wanted to do three things: give back to the university, give back to the community, and further his career. One his proudest accomplishments is helping found UGA’s Professional Clothing Closet to help make sure students have appropriate clothing for job interviews. (Photo by Dorothy Kozlowski)

Matthew McDaniel finds ways to improve campus and the community

Lights. Clothing. Accounting. Those are a few words to describe senior Matthew McDaniel’s career at the University of Georgia.

McDaniel, an accounting major from Snellville, is “making the most of the years I have here. You don’t get to redo college.”

He’s involved in the Student Government Association, has interned in China, volunteered with UGA HEROs and University Judiciary and works a part-time job all while taking business classes.

For his first goal, he got involved in SGA with the first-year Senators program.

One of his first projects with the Student Government Association was helping bring better lighting to UGA’s Intramural Fields.

So many students did not feel safe with so many lights not working. So, he and a team worked to get the new lights installed so that students could pick up their cars in the evenings after late classes.

“It had been on the list to be fixed for so long, and they hadn’t gotten to it. We passed legislation that it was a priority for students, and they were able to install it later that summer,” he said. In total, they were able to get more than $2.53 million in safety enhancements for the area.

Now, he and others from SGA work with the Facilities Management Division. They coordinate a safety walkthrough with UGA police, University Housing and a variety of departments on campus. “We go around campus and check every area. We do semesterly walk-throughs and check the lights. We want every student to feel safe.” 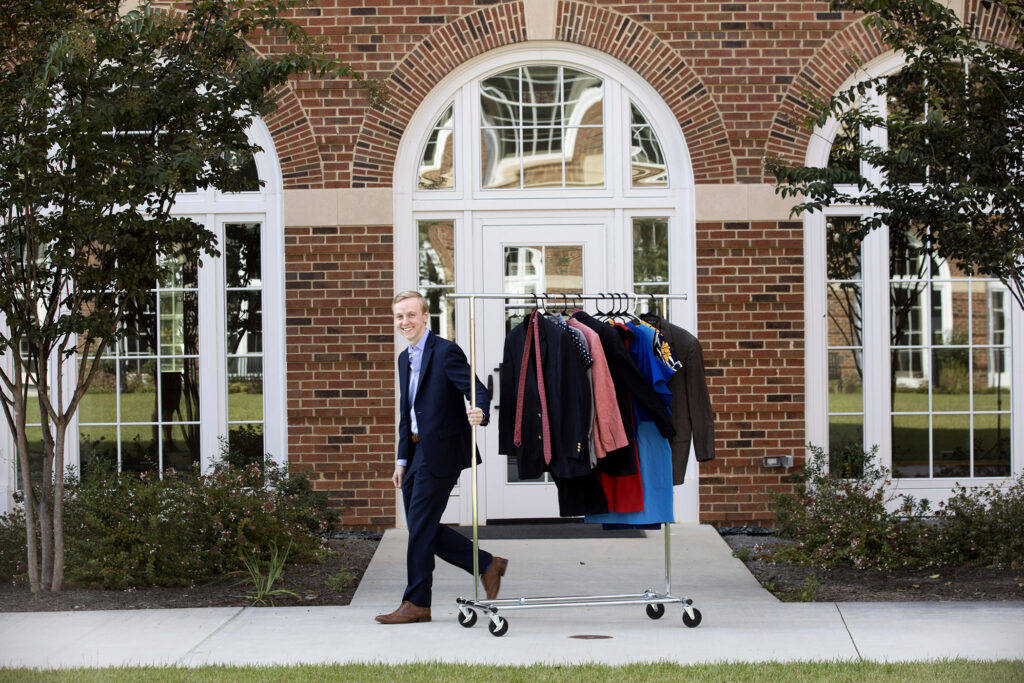 If he saw a need, McDaniel wanted to fill that need. That’s how he helped start UGA’s Professional Clothing Closet. He kept lending suits out to friends for last-minute job interviews and realized it was part of a larger issue.

“So many students on this campus are faced with different challenges, and they come from different places and economic status,” he said. “That shouldn’t hold them back from being able to go to an interview and land their dream job.”

It took years to make the closet a reality.

“I don’t take no very well,” he said. “So, if you tell me no, you just energized me even more to make it happen.”

After the Student Government Association raised $30,000, a ribbon-cutting for the clothing closet was held in December 2019. Located in Room 201Q of the Tate Student Center, the Professional Clothing Closet provides professional attire—suits, ties, belts, skirts, shirts and accessories—to students at no cost and has served more than 350 students since its opening. The outfit—one per academic year—is theirs to keep for future use.

And when McDaniel isn’t in class, his job or SGA, he might be picking up donations for or organizing the closet. He admits that he sends co-workers too many 3 a.m. text messages with ideas to make the closet better.

For his second goal of giving back to the community, McDaniel volunteers with UGA HEROs, a nonprofit founded in the early 2000s by UGA students. UGA HEROs provides quality of life care for children affected by HIV/AIDS in Atlanta. They provide the youths with back to school gear and bring them to campus to baseball and football games.

McDaniel balances it all of this while working on campus. He’s judicious with his time and said he doesn’t do things that he doesn’t enjoy.

He’s worked for Dining Services in the Auxiliary Services’ One-Stop-Shop. This fall, he’s working in the Engagement Center in Development and Alumni Relations.

“As someone who wants to move into the nonprofit sector one day, I’m really interested in donation and retention strategies,” he said. Previously, he served as donor engagement chair in UGA HEROs. That work meant thinking of ways to get recurring donations up and how to get people to want to come back to the cause. 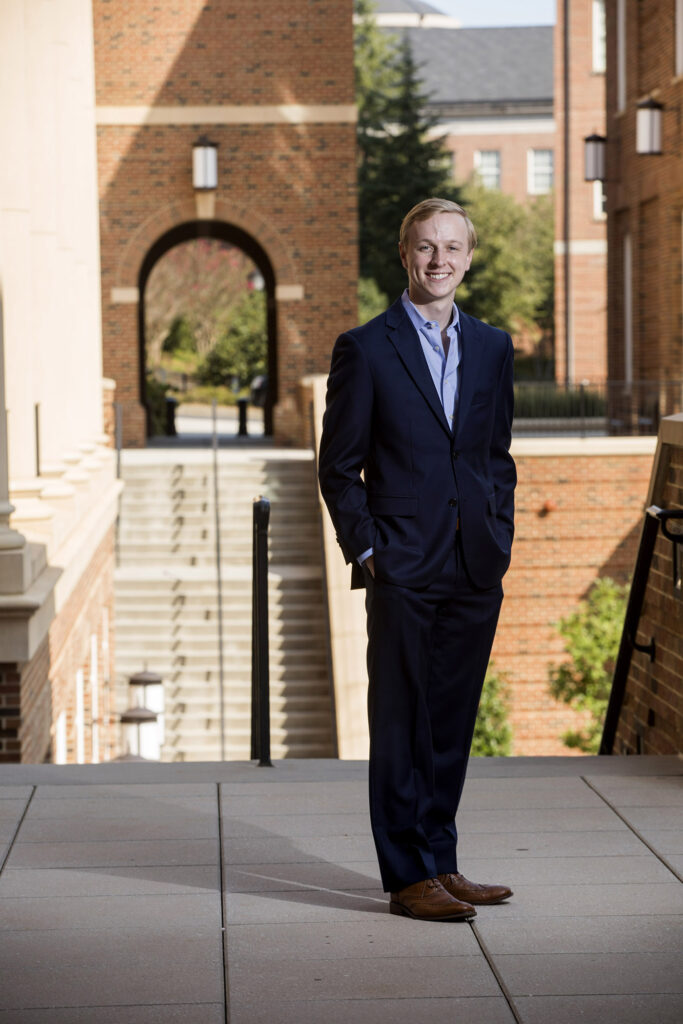 Matthew McDaniel has volunteered with UGA HEROs and University Judiciary and works a part-time job all while taking business classes. (Photo by Dorothy Kozlowski)

McDaniel came to UGA specifically for the accounting program. Both of his uncles and his mentor are accountants. McDaniel knew he wanted to study accounting and that UGA’s J.M. Tull School of Accounting was among the best.

He even attended an accounting camp at UGA during the summer after his senior year of high school, sat through a variety of accounting courses and learned about the path toward getting a CPA. He also got to eat lunch at O-House every day of camp.

“That camp was the first time I knew UGA is where I want to be,” he said. “And I am still loyal to O-House. It’s still my favorite dining hall.”

Specifically, he came to UGA’s Terry College of Business because “you’re trained to do more than accounting. You’re learning applicable skills to apply in organization management, leadership and a variety of different business processes.” 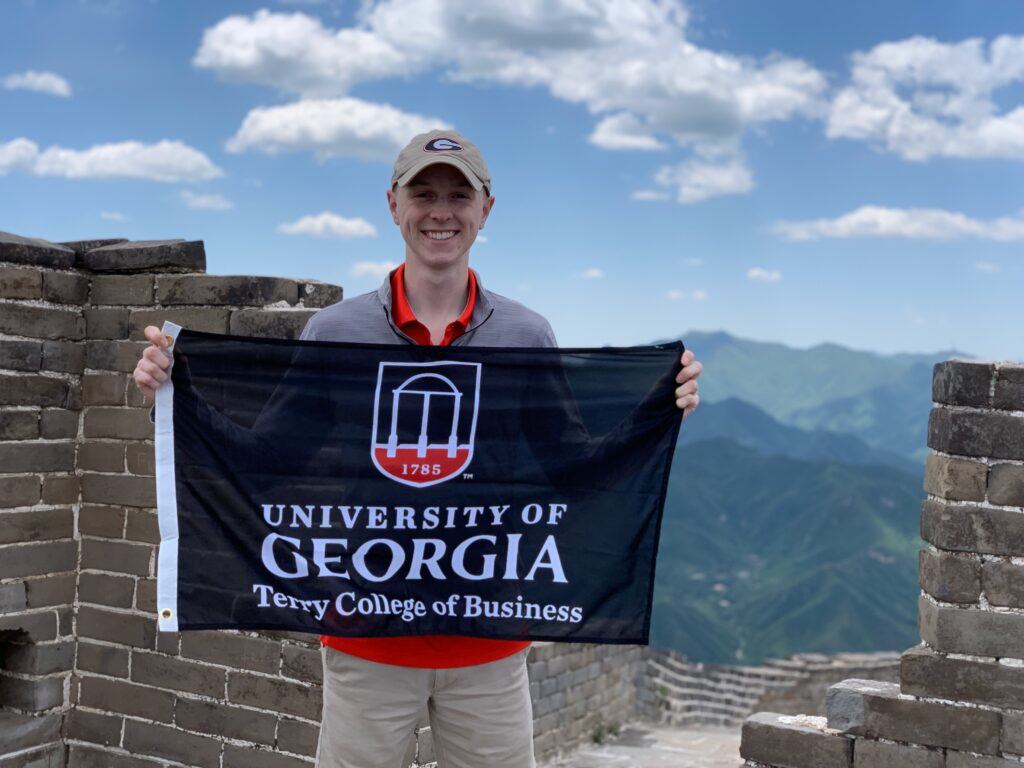 Matthew McDaniel studied and interned in China, where he got to represent UGA
at the Great Wall of China.

For his third goal of furthering his career, McDaniel has been active in all that the Terry College has to offer—from mentors to serving as a two-term Terry College Senator.

He spent summer 2019 in China. First, with Terry College’s Maymester program, then he spent the next two and a half months in Shanghai interning as an accounting analyst at EvoTech, a mid-merchant bank and capital market. He helped with SEC filings, mergers and acquisitions.

Business in China works at a different pace, McDaniel said. “There, we would have to have dinner with a client three to four times before they would even consider taking us on.”

There were lots of business dinners where they all ate family style: dumplings, green beans, snails, pork and buns. “I ate more last summer than I’ve eaten in my 21 years on earth,” he said.

“When traveling, if I ever saw a dumpling stand, I had to go see try and compare different dumplings.”

For now, McDaniel is working to finish his accounting degree in May and pass his CPA exam. He’s accepted a job at PricewaterhouseCoopers in the capital markets and accounting advisory services practice. He also hopes to travel abroad again and visit Singapore, Australia, Italy and revisit China.

“I’m waiting for pandemic to subside so I can get back over there,” he said.