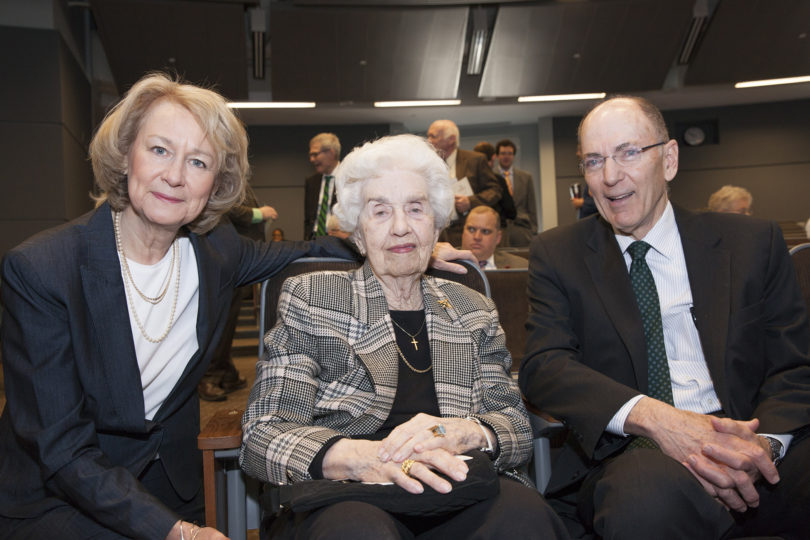 Charles Clotfelter has been examining data on America’s four-year colleges, both public and private, throughout the course of his academic career, producing books like Big Time Sports in American Universities and After Brown: The Rise and Retreat of School Desegregation.

His most recent project-the subject of a forthcoming book as well as the annual McBee Lecture he delivered on campus March 17—is “Unequal Colleges in the Age of Disparity.”

Clotfelter, the Z. Smith Reynolds Professor of Public Policy Studies and professor of economics and law at Duke University, has been studying “the market for baccalaureate degrees.” The ultimate product—the degree—differs substantially across colleges and universities, he said, for two reasons: first, because institutions are not all trying to do the same thing, and second, because of their “unequal capacities for excellence.”

Indeed, Clotfelter’s analysis suggests that the gap between institutions with the most resources and those with the least has widened over the past 40 years.

“Colleges were and are unequal,” he said, “and these disparities have grown deeper.”

These market inequities have far-reaching social and economic impacts, Clotfelter argued, noting that “socio-economic class bias is a persistent aspect of who goes to college and who graduates.” Children of parents with financial means are better prepared for college by virtue of having taken SAT prep courses and having been steered to AP classes and high school experiences that are attractive on admissions applications, he said. Among other contributing factors helping maintain this economic stratification are admissions practices that favor children of alumni and increases in merit scholarships not based on need.

“Institutions have the potential to creatively rethink what they’re doing,” he said.

The McBee Lecture Series was launched in 1989 under the auspices of the Institute of Higher Education and honors Louise McBee, who held leadership positions for more than 25 years at the University of Georgia before serving for more than a decade as a champion for higher education in the Georgia General Assembly.

McBee attended the lecture and was introduced by IHE director Libby Morris as “a role model for us all and a bellwether for equity and inclusion.”

A video archive of Clotfelter’s talk and other lectures from the past several years can be found on the IHE website (ihe.uga.edu).