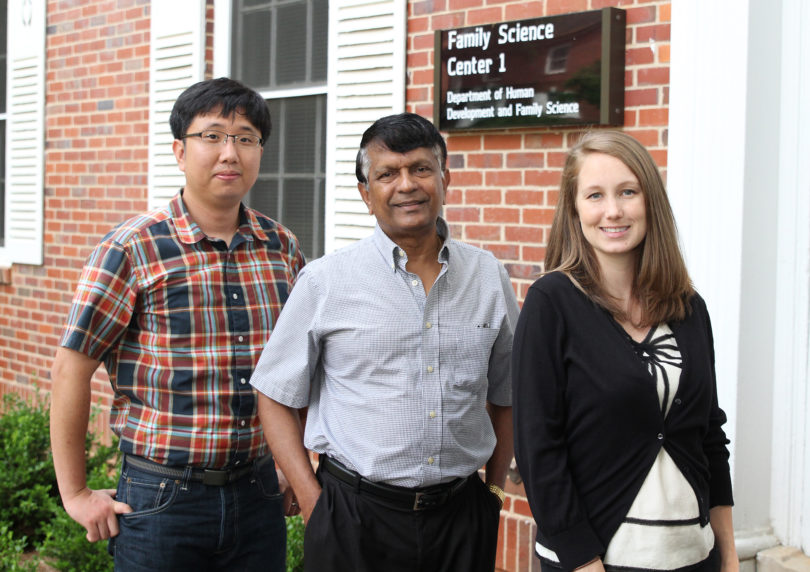 Athens, Ga. – Early socioeconomic adversity, such as poverty, low education and disadvantaged community, has both direct and indirect long-term effects on young adults’ cardio-metabolic disease risk, according to researchers within the University of Georgia College of Family and Consumer Sciences.

The research showed that in addition to early adversity’s direct impact on cardio-metabolic health, it also negatively influenced the development of these psychosocial resources, which, in turn, proved detrimental to disease risk, including diseases such as diabetes, heart disease or stroke.

The study included data from more than 12,000 young adults currently aged 25-34 who participated in the National Longitudinal Study of Adolescent to Adult Health over a 13-year period. Wickrama has published extensively from this data set.

This connection between psychosocial resources and disease risk is likely due to multiple factors, researchers said, including neurological pathways and poor health behaviors.

The association was statistically significant for women but not for men, they noted. For men, researchers said, early adversity impairs development of psychosocial resources, but those impaired resources do not seem to lead to cardio-metabolic risk for young adults as it does for women.

The paper, “Early socioeconomic adversity, youth positive development and young adults’ cardio-metabolic disease risk,” appeared in the March issue of Health Psychology and is one of three recent papers on the subject produced by Wickrama’s research team.

Co-authors include Catherine Walker O’Neal, a postdoctoral research associate, and Tae Kyoung Lee, a doctoral candidate, both in the human development and family science department within the college.

Another paper, “Stressful life experiences in adolescence and cardio-metabolic risk factors in young adulthood,” was published online in February by the Journal of Adolescent Health.

Using a stress-focused model, the paper links early adversity to poor physical health outcomes based on stressful events that can lead to a rush into adulthood, such as teenage pregnancy or dropping out of high school.

“There is a physical effect on your body from being in these stressful environments,” O’Neal said. “This is a long-term effect that you really can’t easily overcome.”

Researchers refer to this phenomenon as a person’s allostatic load, or weathering.

“Think of a rock continually exposed to the elements day after day,” O’Neal said. “It gets weathered and worn down, and you can’t restore the rock to its original state. In the same way, recovering from the physical effects of these stressors is incredibly difficult.”

This paper shows that both the resource and stress pathways connecting early socioeconomic adversity to cardio-metabolic health operate independently.

Researchers suggested through these studies that vulnerable groups of children can be identified early for prevention and intervention efforts.

“I think our findings definitely could be very applicable to intervention and prevention work,” O’Neal said. “I think we show multiple intervening points and areas where you could step in and stop the cycle.”