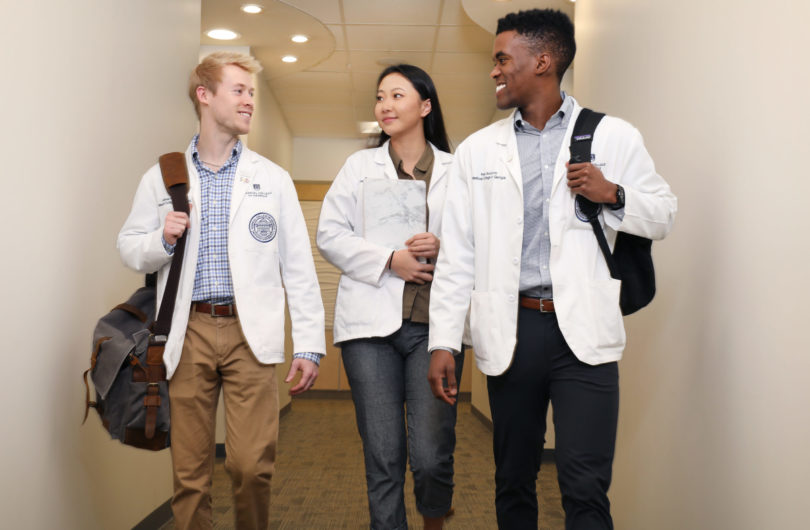 Students from the Medical Partnership. (Photo taken by Ian McFarlane in May 2019)

The expansion will help address physician shortages in Georgia

The Augusta University/University of Georgia Medical Partnership located in Athens is helping to address Georgia’s critical shortage of physicians by expanding its class size. The expansion, which will grow the class size of 40 students in the Medical Partnership to 50 students per class this fall and 60 in 2021 and each subsequent year, will bring the total enrollment in Athens to 240 medical students by 2024.

“I would like to express my sincere appreciation to Gov. Brian Kemp, the Georgia General Assembly, and the University System of Georgia Board of Regents for their leadership in advancing this project,” said UGA President Jere W. Morehead. “Their longstanding support of the Medical Partnership expansion will help increase the state’s physician workforce and ensure that Georgia is adequately prepared to address public health crises such as the COVID-19 pandemic.”

The state provided funding in Fiscal Year 2019 for a $3 million renovation of Russell Hall on UGA’s Health Sciences Campus. The renovation, which has enhanced the student learning experience, established a state-of-the-art simulation suite and clinical skills lab, active learning classrooms, and specific spaces for small-group learning, studying and collaboration. 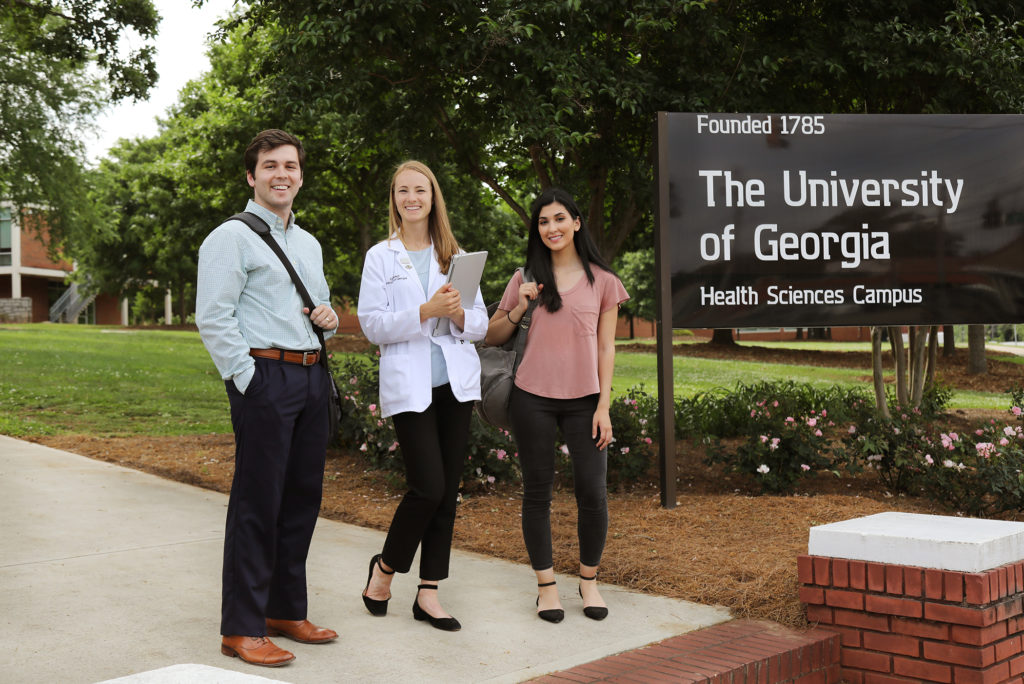 Students in the Medical Partnership program on the Health Sciences Campus in 2019. (Photo by Ian McFarlane)

Over the last two years, the state has provided funding to support the increased costs of faculty, staff and operations related to the expanded campus. The state provided $1.8 million in the FY20 budget and $1.36 million in the FY21 budget as part of a four-year startup timeline in which increased funding is needed until tuition and state funds from the expansion are fully realized.

“I also would like to extend our appreciation to the members of the Athens delegation,” Morehead said.  “Sen. Bill Cowsert, Sen. Frank Ginn, Rep. Spencer Frye, Rep. Houston Gaines and Rep. Marcus Wiedower have been champions of the Medical Partnership and have helped to ensure its expansion.”

In 2009, the Medical College of Georgia at Augusta University (MCG) and the University of Georgia established a four-year medical school campus in Athens to grow the number of physicians produced by the state’s only public medical school and to help address physician shortages across the state and region. Georgia already is benefiting from this collaboration. Sixty-eight Medical Partnership alumni have remained in Georgia to practice or complete residency or fellowship programs with many practicing in rural areas.

“According to the latest data by the Association of American Medical Colleges, the projected shortfall of physicians in the United States will be close to 139,000 by 2033,” said Dr. Michelle Nuss, campus dean at the AU/UGA Medical Partnership. “The shortage has been magnified by the ongoing pandemic but also is attributed to the aging population and physician retirement. The class expansion at the Medical Partnership will help offset this growing physician shortage, as we add 20 students per class over the next four years.”

“This class size increase, from 160 to 240 students, will enable the Medical College of Georgia to optimize its impact as the state’s only public medical school,” said Dr. David C. Hess, MCG dean. “Educating more future physicians and ensuring they remain in Georgia to practice is paramount to MCG’s mission to ensure the physical and financial well-being of this state. We are thankful to our partners at the University of Georgia and to our state legislature for their continued support of the Medical Partnership expansion, especially during these uncertain times.

“For the last decade, the partnership between the state’s flagship university and Georgia’s only public medical school has produced not just more physicians for Georgia, but expanded research collaborations that address some of the state’s major maladies like stroke, obesity and cardiovascular disease,” he said. “I am confident the continued growth of both campuses will ensure that for years to come.”