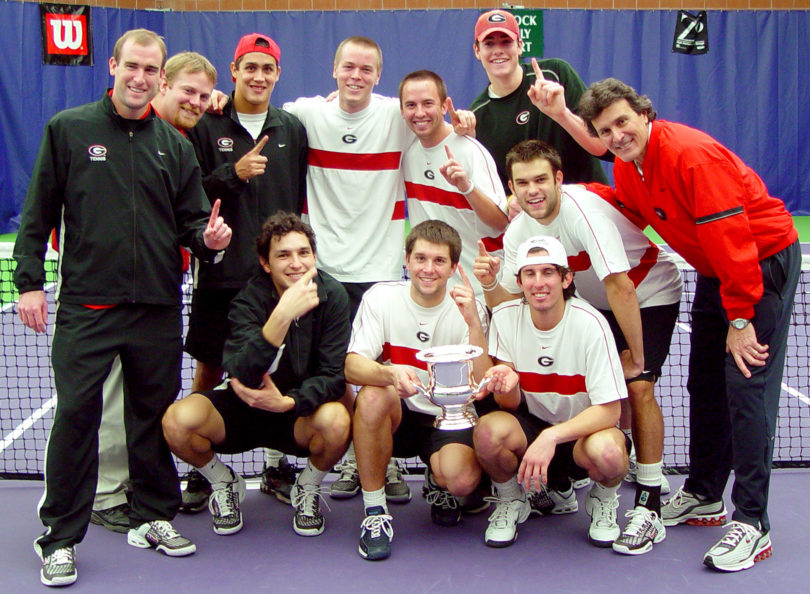 The match-clinching win came off the racquet of twelfth-ranked senior captain Strahinja Bobusic for the third consecutive time as he defeated fourth-ranked Richard Johnson, 6-3, 7-5. The UGA team, which has won every other team and individual title in tennis, claimed the indoor national championship on their fifth trip to the finals. “This was a win for the ages,” said Manuel Diaz, head coach. “What a phenomenal effort by the entire team.”