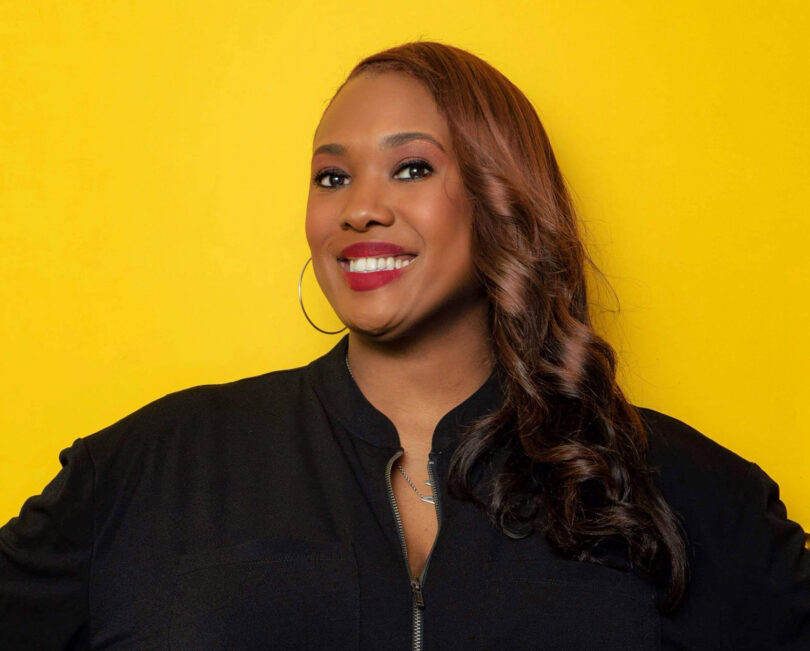 Covid-19 is no laughing matter. But when an entire country is forced to shelter-in-place for months, comedy offers a much-needed outlet. And it’s in lockdown where comedians like Mia Jackson AB ’00 meet their new, digital audience.

“The appeal of doing stand-up is being live and having that connection with people—being able to look at someone, point something out, and feel the energy of people,” she says.

Before the pandemic, Jackson performed in venues across the country. In 2018, she toured as an opener for superstar comedian and actress Amy Schumer. The next year, she taped a half-hour special with Comedy Central.

The abrupt cancelation of shows due to COVID-19 was jarring for Jackson, along with many other artists whose jobs depend on a live audience.

“At first, to me, it seemed like everyone was numb, going from a full schedule to just nothing.” Initially apprehensive, Jackson adapted quickly and began appearing on podcasts and Zoom calls, headlining for faces in a gallery instead of a crowded theater. She’s performed at various digital events, including the Nowhere Comedy Club and Atlanta’s Red Clay Comedy Festival, drawing hundreds of attendees.

“People need comedy, but this is a heavy time. So, there’s just a lot of adjustments you have to make,” she says. “I can’t start a joke like, ‘I was walking down the street the other day,’ because no, I was not walking down the street. I wasn’t walking anywhere. I was inside. So, it’s those kinds of things that you’ve got to consider.”

For Jackson, being a comedian is more than just her career—it’s her identity.

A fan of comedy from a young age, she attended one of her first live stand-up shows at UGA’s Tate Student Center as an undergraduate. On campus, she was described by some as “Funny Mia.”

“You could not tell me I was not one of the funniest people of all time. People who knew me privately, they’d be like, ‘Oh, you are slick. You are ridiculous, and you’re very sarcastic.’ I’ve run across people over the years who’ve said, ‘Now that I think about how you were then, the stand-up doesn’t surprise me at all.’”

A year and a half after earning her bachelor’s degree in speech communication, Jackson began performing stand-up in downtown Athens. She worked as a corporate trainer by day and a comic by night for years before going into comedy full-time in 2014.

“I always like to refer to what happened to me at my last corporate job as a quit-firing. A ‘quiring’ is what I’ll call it,” she says. And less than a year later, she landed a spot as a semi-finalist on Season 9 of NBC’s Last Comic Standing.

From UGA to Comedy Central, Jackson’s friends and family have played a big role in her journey. “I’m performing for the room, but I’m also performing for the people who love and support me,” she says. “And many of them are fellow Bulldogs. To share these milestones with people who have been there along the way with me—that’s been a big part of it.”