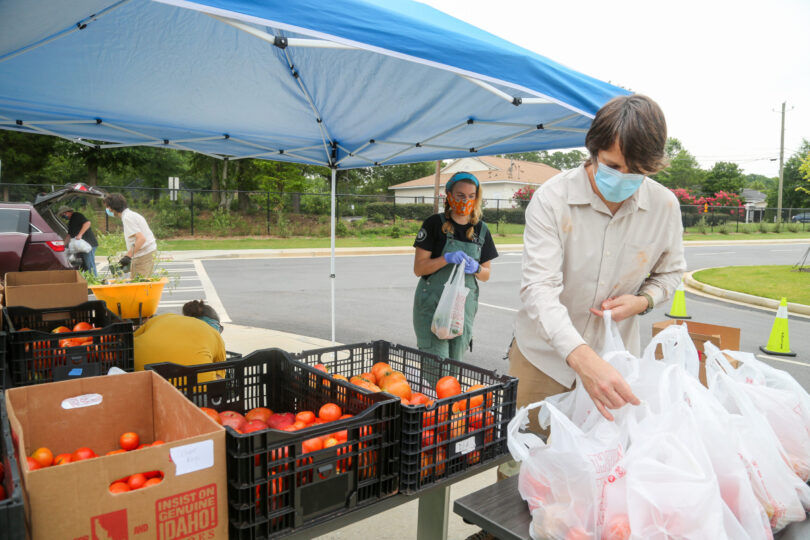 Clarke County School District students haven’t been in a classroom since March, but that hasn’t stopped the learning, even over the summer, thanks to the University of Georgia.

And they did it all from their homes.

The Grow It Know It (GIKI) Summer Camp, offered through UGA’s Office of Service-Learning, is typically a weeklong experience at Clarke or Hilsman middle schools. This year, it was offered virtually, educating participants about agriculture, plant science and nutrition, while providing fun, hands-on activities that the students could do at home.

“Our plan for these summer activities is to have the kids learn something and also prepare a meal for their family at the same time,” GIKI Coordinator Wick Prichard said. “It’s kind of a three-for-one deal: occupy the student and get them out of their family’s hair, teach them something, then have them prepare food for the family all at the same time.”

In addition to steering the summer program, Prichard also expanded the middle school gardens — usually in maintenance mode during the summer — to produce vegetables and fruit for food-insecure Athens-area residents. 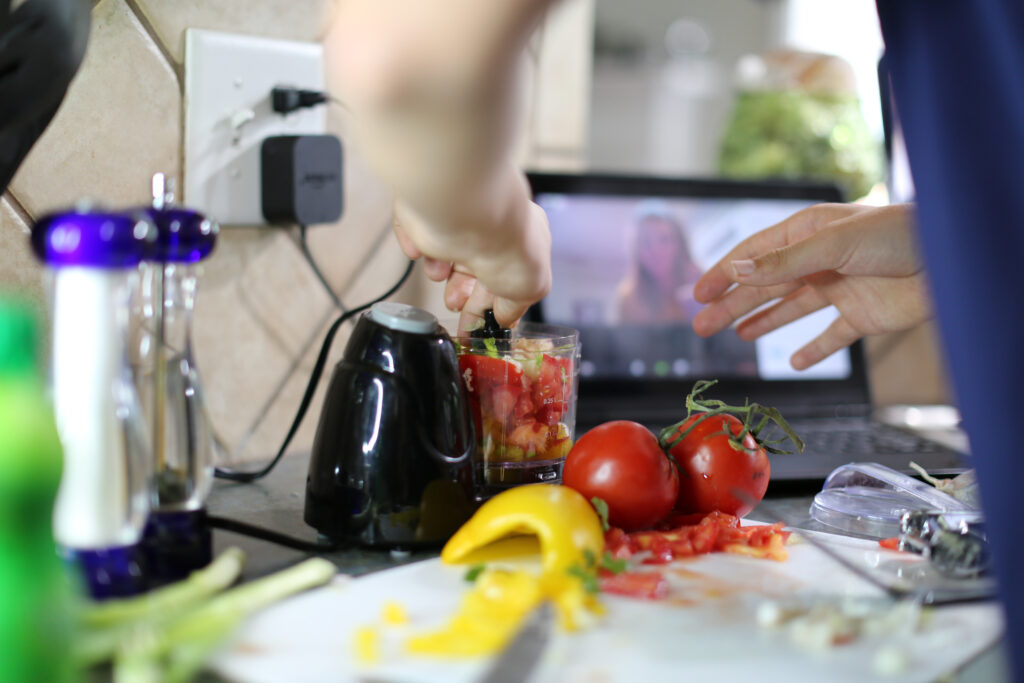 The combined middle school gardens now produce approximately 75 to 100 pounds of produce every week, including tomatoes, peppers, okra, zucchini, eggplant, watermelons and more. While much of the harvest is used elsewhere — like in the schools’ summer lunch pickup program — a portion of it was also delivered to campers.

“We knew we had that space and since we were able to ramp up production, we said let’s do it,” Prichard said. “We’re not going to save the world by growing vegetables for people, but the way I see it is it’s a quality of life thing. Fresh vegetables in general never hurt. It says the community cares about you and we’re doing our part to relieve some of your stress.”

The Office of Service-Learning and the State Botanical Garden are units of Public Service and Outreach. OSL also reports to the UGA vice president for instruction.

Each week, Ashley Burton and Charlie Evans, AmeriCorps VISTA volunteers assigned to GIKI, delivered boxes with produce and other supplies to the students that request them for that week’s summer camp projects. In addition to fresh produce, packages also included kitchen utensils and even other food products like pudding cups. The goal was for everyone to have access to the ingredients necessary to learn, have fun and cook.

Schools aren’t in session, and if the kids are wanting to learn, we haven’t really shut that down.” — Ashley Burton

“Charlie and I have had so much fun, and there’s been some topics that the kids themselves have suggested that they wanted to see,” said Burton, a Barrow County native, and the GIKI VISTA during the 2019-20 school year. “For example, talking about bacteria and yeast in the kitchen; how yeast rises and bread rises. That’s not something we normally would have discussed in our camp setting, but the kids have been really interested in it and have really spearheaded it themselves. Schools aren’t in session, and if the kids are wanting to learn, we haven’t really shut that down.”

Normally a weeklong, in-person summer camp, GIKI made the decision to go virtual this year. The camp met every Tuesday and Thursday, utilizing Zoom video calls and creative lesson plans to continue reaching students at their homes.

More than two dozen children participated in the camp this summer, including friends and younger siblings of normal campers — a demographic that normally wouldn’t have access to the camp or might not choose to learn about agriculture, Burton said.

The online format and extended timeline of the camp forced GIKI to be flexible with its lesson plans, as well. Using fresh produce from the school gardens, seeds from UGArden, and even yeast and bacteria, the team based its lesson plans off what was currently available.

“It makes it fun, because you really just have to go with what you have,” said Evans, a 2018 UGA graduate and the current GIKI VISTA in Clarke County. “Obviously we have to kind of plan out ahead of time and have an idea of what we’ll have available, but also it makes it easy to say, ‘Thursday we’re not doing what we had planned. We have this available, let’s just jump on it and go.’”

Established in 2013, the Grow It Know It program was created by the Office of Service-Learning, UGA Cooperative Extension, UGArden and the Clarke County School District to support teachers involved in farm-to-school programming.

The program has left a lasting impression on many who have experienced it, including students, VISTAS and middle school teachers.

“It’s really important for me that the students, especially at the age of 12 to 14, kind of get an understanding of where their food comes from,” said Greg Brav, the agriculture science teacher at Hilsman and a former GIKI VISTA. “So, the way to get them the most excited about it is actually to get in there and show the students what it’s like to be involved with food production. You can read about it in a book, and you should, but at the same time getting that firsthand experience is really important for the students.”