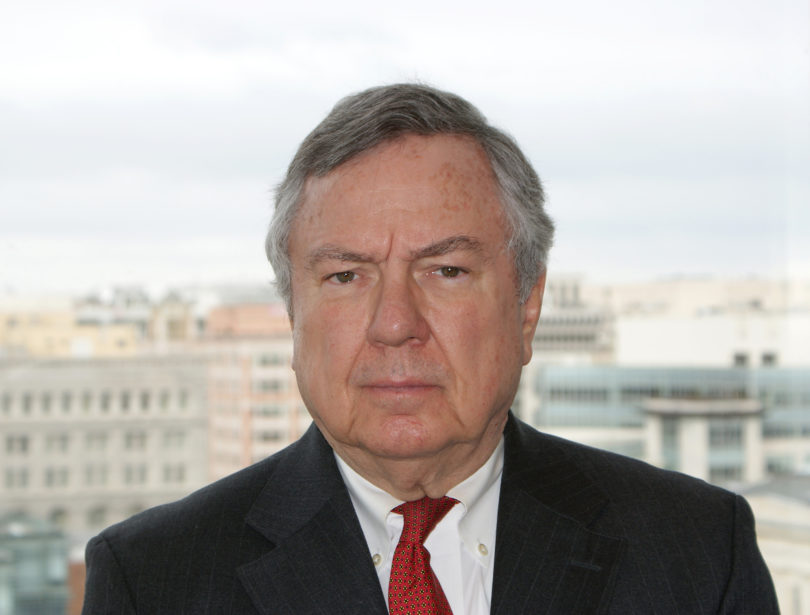 Athens, Ga. – Longtime federal government official Powell A. Moore will deliver a lecture on politics titled “Washington Insights Over Half a Century: Midterm Elections in the Sixth Year of a Two-Term Presidency” Nov. 3 at 3:30 p.m. in Room 271 of the University of Georgia Richard B. Russell Building Special Collections Libraries.

The lecture will consider whether the Democrats will maintain control of the U.S. Senate or if control will shift to the Republican Party. Co-sponsored by the UGA School of Public and International Affairs, the Grady College of Journalism and Mass Communication and the Richard B. Russell Library for Political Research and Studies, the event is free and open to the public. Refreshments will be served in the lobby immediately following the lecture.

Moore, a UGA alumnus, most recently served as representative of the U.S. secretary of defense to the Organization for Security and Cooperation (2006-2009). Active in public policy affairs in Washington, D.C., for more than 40 years, Moore has also served as assistant secretary of state for legislative affairs under President Ronald Reagan; on the White House staff under Presidents Nixon, Ford and Reagan; and as chief of staff for Sen. Fred Thompson of Tennessee. He began his Washington, D.C., career in 1966 as press secretary to Sen. Richard B. Russell of Georgia, for whom one of three U.S. Senate office buildings is named, as well as the library on UGA’s main campus.

“UGA alumnus Powell Moore has enjoyed a remarkable career in service to five presidents in domestic roles in legislative affairs and in the foreign policy arena,” said Stefanie Lindquist, dean of UGA’s School of Public and International Affairs. “His interview with Bob Short for the Russell Library oral history series is a must-see: a fascinating walk through the Georgia and national political scenes from Richard Russell to Watergate to the Cold War and beyond. These experiences provide Powell Moore with a unique vantage point on today’s politics. Come and be fascinated.”

This summer, the Russell Library announced the opening of the Powell A. Moore papers. The papers capture Moore’s career involved in legislative affairs, public policy and international relations in the federal government and in the private sector. The papers include reports, news clippings, invitations, program materials, artifacts and audiovisual materials related to his work and to numerous presidential campaigns, conventions and inaugurations from 1972 to 2009.

Moore is a graduate of Georgia Military College and received a bachelor’s degree in journalism from UGA. He serves as a board of visitors member for both the School of Public and International Affairs and the Cox International Center.