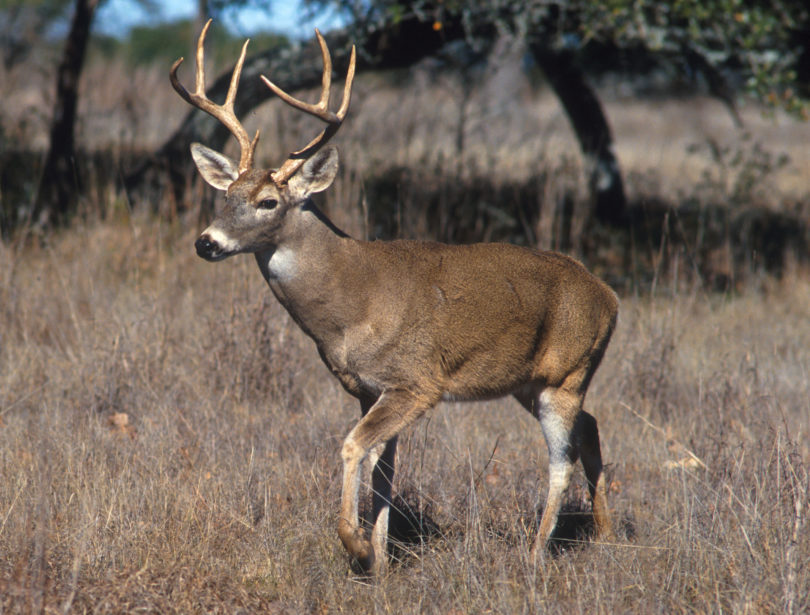 Every year, billions of animals migrate across the globe, carrying parasites with them and encountering parasites through their travels. Now, a team of researchers at the University of Georgia’s Odum School of Ecology discovered that animals known to migrate long distances are infected by a greater number of parasite species than animals that do not migrate.

The researchers used parasite records from a database called the Global Mammal Parasite Database 2.0, and focused on ungulates, also known as hooved animals, a group that includes deer,wildebeests, caribou, antelope and gazelles.

“The most common reason we would expect that to happen is because migrants travel really far,” Teitelbaum said. “When they do so, they’re going to pick up more parasites as they go.”

Teitelbaum grouped ungulate species based on whether they migrate seasonally, move unpredictably, or not at all. This allowed the team to compare the number of parasite species in nomadic, resident and migratory species.

Previous research on parasites in migratory animals has focused mostly on birds and butterflies, so the team chose to focus on hooved animals instead.

“We wanted to look at a slightly less well-represented group of mobile animals,” said Richard Hall, an assistant professor in the school of ecology who helped oversee the project. “We also wanted to compare across host and parasite species and see whether there were any general patterns.”

The study’s findings can help researchers understand whether migrants are at greater risk from parasites, discover better ways to protect migrants whose populations are declining, and learn more about parasites living in cattle and other animals that are important food sources for people.

“Sheep, cattle, goats, pigs, these are also hooved animals,” said Sonia Altizer, the UGA Athletic Association Professor of Ecology who also worked on the project. “Wild animals can share parasites and infectious diseases with their domesticated animal relatives, and if these migrants are moving around through diverse landscapes, it’s important that we understand how much they are exchanging parasites and infectious diseases with livestock and domesticated animals.”

Hall and Altizer previously thought of migration as a way that animals avoid parasites.

“We were expecting that fewer of these animals that move around more would be infected, because they leave behind habitats where they might pick up parasites, and because when animals are infected with parasites and try to fight off the infections while migrating, some of them die in the process.” Hall said. “What we found in this study was kind of the opposite in the hoofed animals.”

Hall and Altizer helped put together the framework for the paper and develop the hypotheses that the team tested, and Altizer helped to build the Global Mammal Parasite Database, which pulls datafrom previous studies about parasites and their animal hosts.

Still, the fact that migrants have more parasites does not mean they are sicker than non-migrants.

“The number of parasites that they have doesn’t necessarily mean that they are suffering more from disease,” Teitelbaum said. “They could be infected by parasites that are less harmful. But from a conservation perspective, migratory animals are particularly in bad shape because of our actions and because of climate change. They require these big areas and we keep changing things.”

The study was funded by a University of Georgia Presidential Fellowship, a postdoctoral fellowship, an NSF grant, and a grant from the Macroecology of Infectious Disease Research Coordination Network, which supports collaboration among researchers to use databases and try to understand large-scale patterns of infectious diseases.