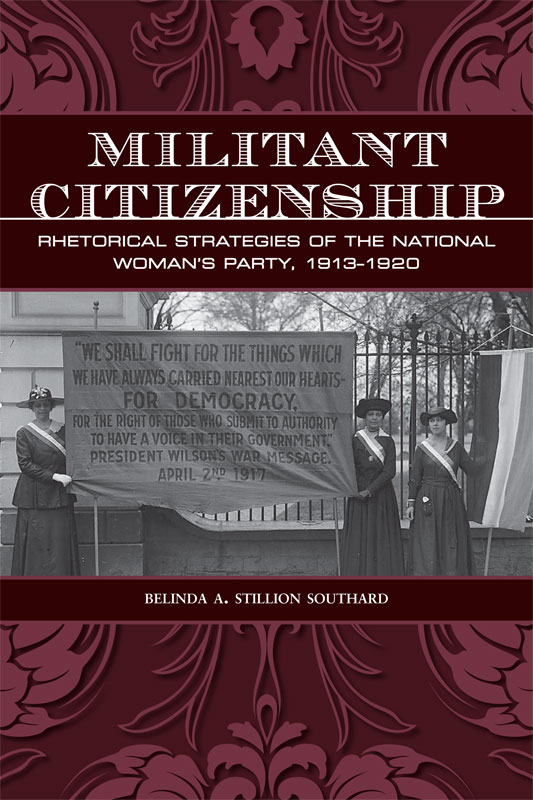 Belinda Stillion Southard, an assistant professor in the department of communication studies and affiliate professor in the Institute for Women’s Studies, has written Militant Citizenship: Rhetorical Strategies of the National Woman’s Party, 1913-1920.

In addition to her historical focus, Stillion Southard advances the critical concept of “political mimesis” to help explain the ways in which the NWP mimicked political rhetorics and rituals to simultaneously agitate and accommodate members of the political elite. Incorporating volumes of NWP discourse, including correspondence, photographs, protests and publications, she situates the NWP in the historical and ideological forces of the period and examines how a relatively powerless group of women used rhetoric to constitute themselves as “national citizens.”