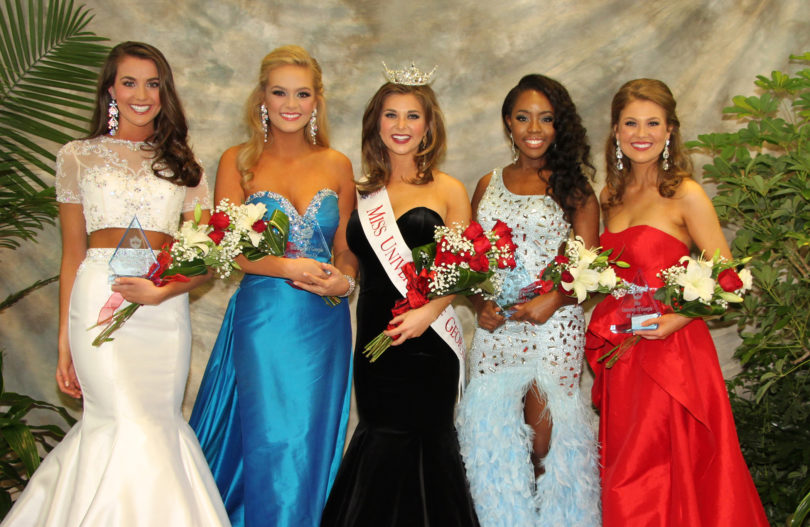 The daughter of Scott and Jill Jorgensen, she was also recognized for “Best Interview.”

The “Floreida Harrell Miss Congeniality Scholarship,” voted on by the contestants, was awarded to Jasmine Johnson, a fourth-year public relations major from Conyers. Johnson also received the “People’s Choice Award” voted on by the audience.

Chandler Sherry, a 16-year-old high school sophomore from Marietta, was crowned Miss UGA Outstanding Teen 2016. She had been appointed to the title last fall.

Jorgensen is heavily involved in campus life. She serves as the new member assistant for her sorority, Zeta Tau Alpha, and she was a UGA Diamond Darling for the 2015 baseball season. She is also a Newsource volunteer in the Grady College of Journalism and Mass Communication.

Jorgensen will compete in the 72nd Annual Miss Georgia Scholarship Pageant June 15-18 in Columbus; the winner of that pageant will represent Georgia in the Miss America Pageant.

The Miss UGA Scholarship Pageant is a program of the Tate Student Center within UGA’s Division of Student Affairs.