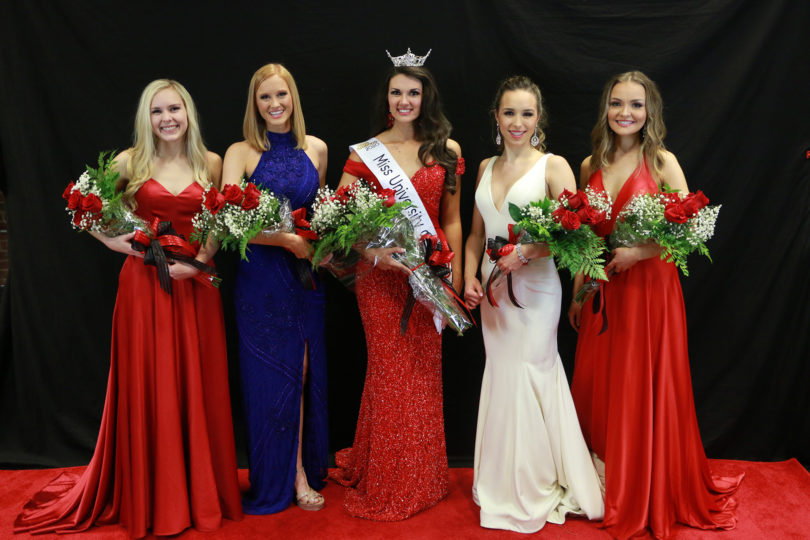 Karson Pennington, a fourth-year political science and history student from Augusta, was crowned Miss University of Georgia 2020 at the annual scholarship competition held Jan. 11 in the UGA Fine Arts Auditorium. A 2016 graduate of Lakeside High School, she is the daughter of John and Kathy Pennington.

The “People’s Choice Award,” voted on by the audience, was given to Maggie Whitehead, a first-year exercise and sport science and pre-med major from Rome. A “Best Interview” award was also given to Pennington. 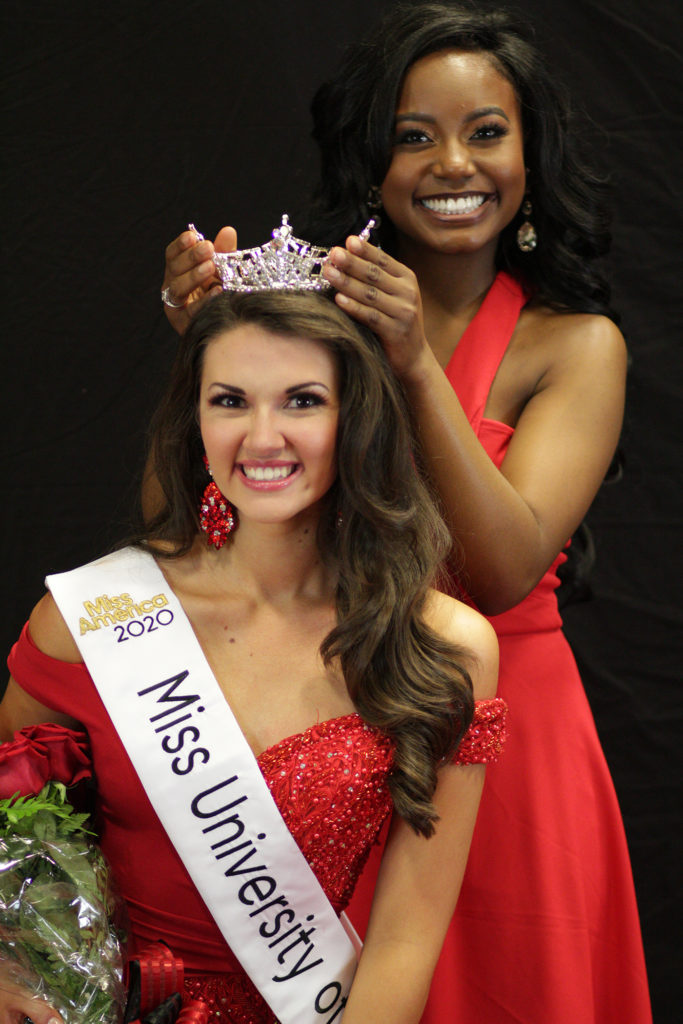 A member of the Georgettes Dance Team with the Redcoat Marching Band, Pennington holds a number of leadership roles in the UGA community. She is in the Honors Program and is a member of the Dean William Tate Honor Society, the Undergraduate Moot Court Team and the UGA Miracle Family Relations Committee.

“Being named Miss University of Georgia has been a four-year dream of mine, and I could not be more excited to represent the finest university in the country,” Pennington said.

She plans to use her time as Miss UGA to advance her platform of childhood literacy.

“As a literacy advocate, I plan on working to ensure that each student in Athens-Clarke County has hope and opportunity to pursue their educational aspirations,” she said. “In a county where poverty is three times the national average, I intend to educate both students and parents on the importance of literacy in order to give them the skills necessary to succeed in such a fast-paced world.”

Pennington is scheduled to compete in the 76th Annual Miss Georgia Scholarship Competition in June in Columbus; the winner of that competition will represent Georgia in the 2021 Miss America Competition.

The Miss UGA Scholarship Competition provides opportunities for young women to achieve their personal and professional ambitions. It is a preliminary competition and not-for-profit affiliate of the Miss Georgia Scholarship Organization. Licensed by the Miss America Organization, the program works to empower young women through education and service.

The competition is a program of the Tate Student Center within UGA’s Division of Student Affairs.