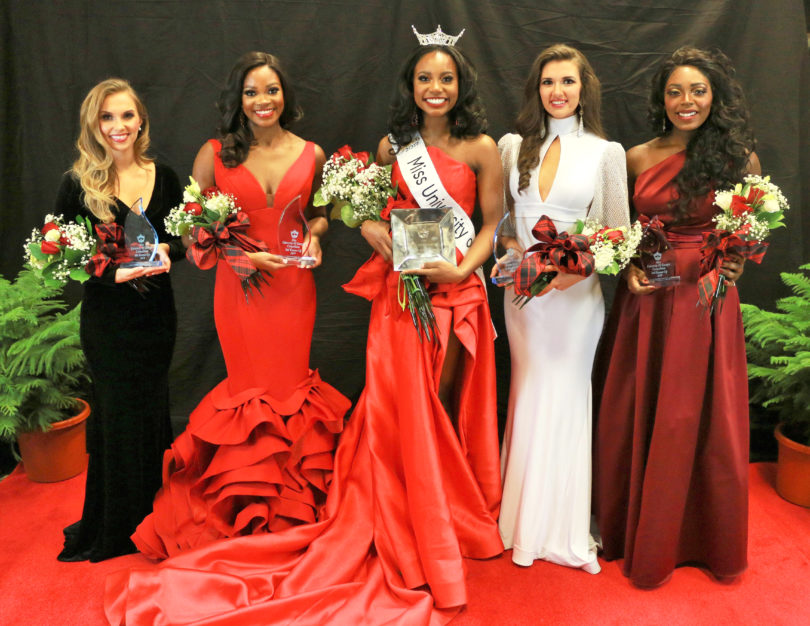 Briana Hayes, a second-year health promotion student from Baxley, was crowned Miss University of Georgia 2019 at the annual scholarship competition held Jan. 12 in the UGA Fine Arts Auditorium. A 2017 graduate of Appling County High School, she is the daughter of James and Danita Hayes.

Fourth runner-up in the competition was Katie Gamel, a second-year biology and psychology major from Douglasville; third runner-up was Deborah Stephens, a fourth-year music/vocal performance major from Hoschton. Irielle Duncan, a third-year biology and psychology major from Lawrenceville received second runner-up honors, and Karson Pennington, a third-year student from Augusta pursuing a bachelor’s degree in history and a master’s degree in political science/international affairs, was named first runner-up.

The “Floreida Harrell Miss Congeniality Scholarship,” selected by the contestants, was awarded to Nidhi Patel, a third-year biology major from Brunswick. The “People’s Choice Award,” voted on by the audience, was given to Georgia House, a third-year psychology major from Calhoun. Hayes also received the award for “Best Interview.” 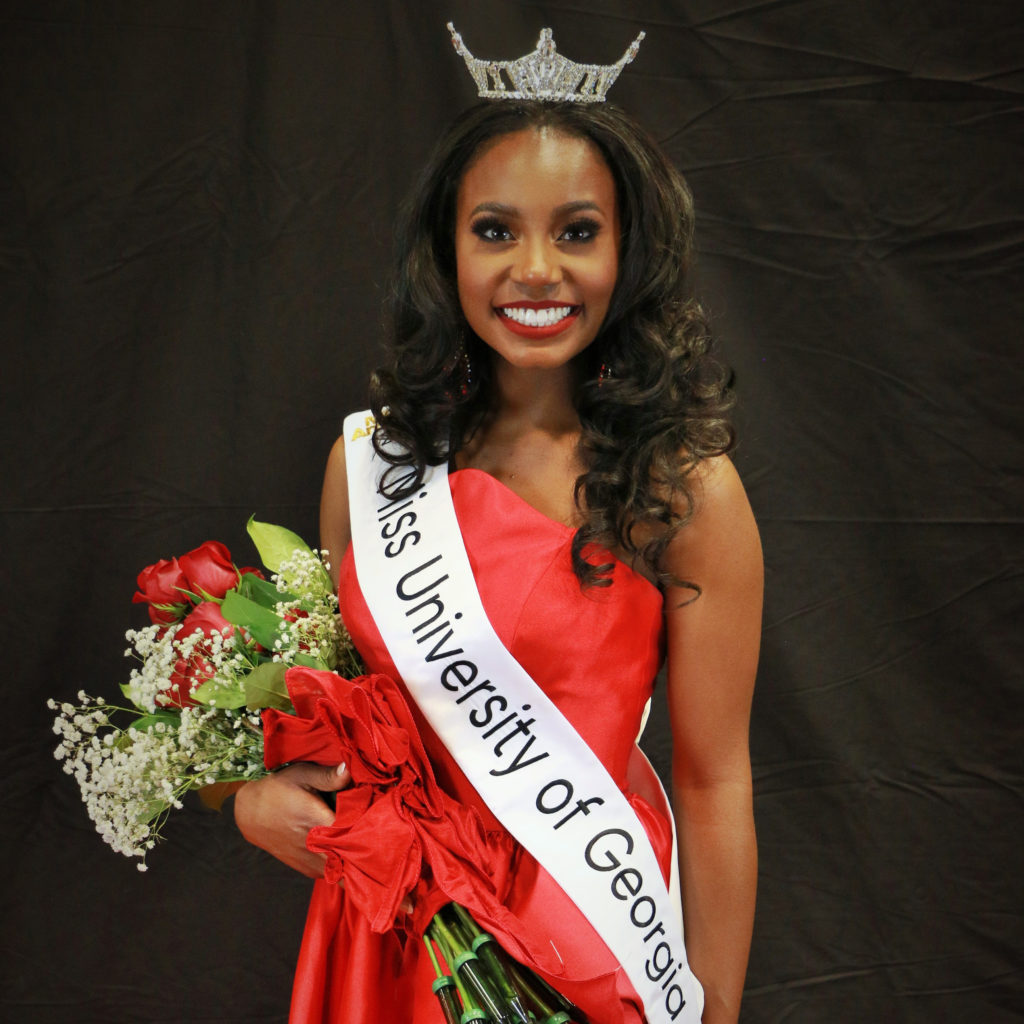 Briana Hayes was crowned Miss University of Georgia 2019. A 2017 graduate of Appling County High School, she is the daughter of James and Danita Hayes.

Hayes holds a number of leadership roles in the UGA community. She is a Student Government Association senator, a Presidential Leadership scholar and a member of the Dean William Tate Honor Society. An Honors student, Hayes volunteers in the after-school program at Thomas Lay Park in Athens.

“Taking my first walk as Miss University of Georgia felt surreal.” Hayes said. “In that moment, I thought of where I came from. I grew up in Baxley, a small town in rural Georgia, and now in front of me was the opportunity to represent the flagship institution of the state. I am so grateful for the compassionate community I grew up in, and I am humbled to attend such an astounding university.”

“During my reign, I look forward to expanding my platform, ‘Creating Believers,’ as I work to inspire today’s youth to find their purpose and give back to their communities,” she said.

Hayes is scheduled to compete in the 75th Annual Miss Georgia Scholarship Competition in June in Columbus; the winner of that competition will represent Georgia in the 2020 Miss America Competition.

The Miss America Organization, at the local, state and national levels, represents the largest private scholarship foundation for women in the United States. This year, scholarship assistance totaling more than $45 million was available to contestants at all three levels. The Miss America Organization, established in 1921, is a nonprofit civic corporation.

The Miss UGA Scholarship Competition is a program of the Tate Student Center within UGA’s Division of Student Affairs.