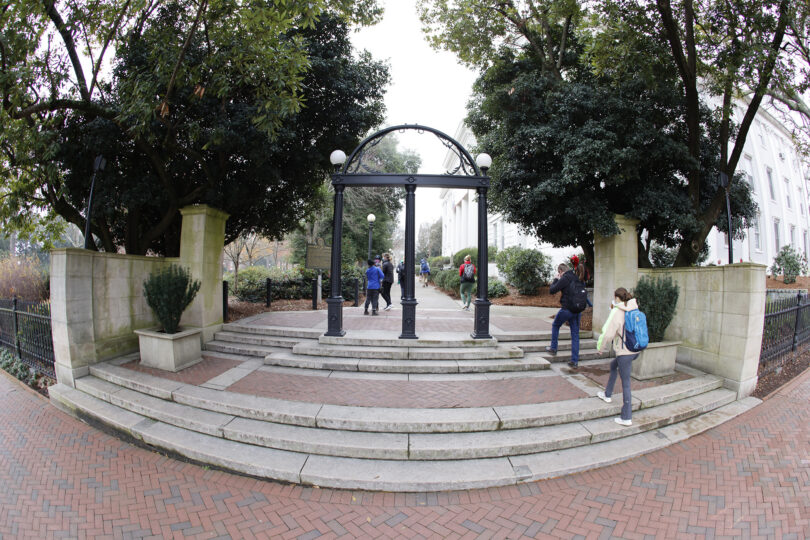 Gov. Brian P. Kemp signed the fiscal year 2022 budget into law on Monday, May 10. The budget, which was passed by the Georgia General Assembly on March 31, includes funding for major university capital projects and provides increased funding for the University System of Georgia.

“I would like to express my most sincere appreciation to Gov. Brian Kemp and his team, the Georgia General Assembly and the University System of Georgia Board of Regents, including Chairman Sachin Shailendra and Chancellor Steve Wrigley,” said UGA President Jere W. Morehead. “On behalf of the University of Georgia, we are deeply grateful for their commitment to crafting a state budget that prioritizes higher education.”

Despite the difficult circumstances presented by the COVID-19 pandemic, state lawmakers devised a state budget for the next fiscal year that increases funding to the state’s public higher education institutions.

The state budget also provided $5.7 million in equipment funding for the Interdisciplinary STEM Research Building Phase II. This building, paired with the I-STEM Research Building Phase I, will expand laboratories for chemistry, engineering and other material sciences. The complex is designed to promote translational interdisciplinary research, ultimately advancing economic development across the state.

In addition, legislators allocated $5 million to upgrade the infrastructure on Science Hill along with $1.7 million in planning and design funds for Science Hill Modernization Phase I. Together, these projects will renew research and instructional facilities on UGA’s South Campus that date back to the late 1950s and 1960s.

The FY22 budget also includes $5 million to build a multidisciplinary greenhouse complex on the Athens campus. This greenhouse will help bridge the gap between laboratory and field experiments, supporting research by the College of Agricultural and Environmental Sciences.

Lastly, the budget provides $58 million in formula earnings to the USG for enrollment growth in the 2021-2022 academic year. The university system also will receive $55 million for major renovations and repairs for critical projects at facilities across all 26 institutions, including the University of Georgia. This level of funding is particularly helpful to UGA, which has a significant number of older buildings.

The strong support from the state follows a challenging fiscal year 2021 that saw state spending reductions of 10 percent. However, in the amended FY21 state budget, the governor and state legislators were able to provide $70 million in enrollment growth funding to the USG for the current academic year with this $70 million being restored in the FY22 budget as well. State leaders also restored in the amended FY21 and FY22 budgets some of the funding that had been reduced for several of the university’s research and outreach units.

“I also extend the university’s gratitude to the members of our local Athens delegation,” Morehead said. “Sen. Bill Cowsert, Sen. Frank Ginn, Rep. Spencer Frye, Rep. Houston Gaines and Rep. Marcus Wiedower—we thank them for their dedication and ongoing support of the University of Georgia.”