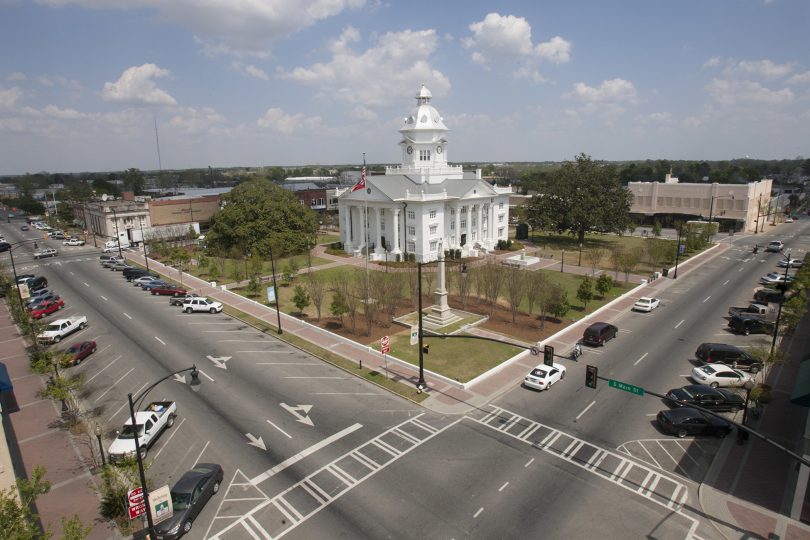 With the help of UGA students, Moultrie embraces public transit

When most people think of public transportation they envision populous, metropolitan areas.

But when local residents started missing doctor’s appointments, were routinely late for work and many had to depend on other people to get where they needed to go, city leaders decided it was an idea they needed to explore. They reached out to the University of Georgia. 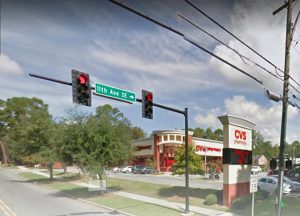 Soon the community expects to have four bus routes in operation, covering 35 miles with about 20 stops, thanks to research conducted by students from the UGA Terry College of Business. The 10 UGA students created a survey to determine residents’ interest in a bus system, identified routes that would best serve the community, conducted a cost analysis of the service and identified grants the city could apply for to offset the cost.

“The caliber of work produced by this group was superior to anything I could have expected, and for that I am incredibly grateful, not only to the students but to the UGA faculty and staff that helped make this project a reality,” said Cole Posey, the Moultrie City Council member who worked with the students.

Neither the service nor the routes have been formally approved by the commission.

“Community leaders recognize Archway as one of the first stops when seeking resources to address community issues,” said Chip Blalock, chair of the Colquitt County Archway Partnership executive committee. “That kind of relationship is why we have been partners with Archway and UGA for so long and hope to keep the relationship going for many years.”

The need for transportation

The survey, which polled more than 400 residents, showed that over 70 percent “strongly agree” that a bus system would be worth its cost. Of respondents who identified as low-income, 62 percent indicated they would pay to take the bus and 80 percent said they would take a bus if it saved them money.

Businesses told Posey and other city leaders that eventually the lack of reliable transportation would affect the city and county’s ability to grow.

“During my discussions with these businesses the overwhelming recurring theme was that this was not a workforce issue, this was an absolute transportation issue,” Posey said.

Demographics tell the story. About one-third of Colquitt County residents lives below the poverty line, with half of those who work earning less than $35,000 a year. Half of the population does not drive.

“It is a challenge often discussed in our administrative meetings,” said Dr. Michael Brown, a pulmonologist and chief medical officer at Colquitt Regional Medical Center I Moultrie. “Lack of adequate transportation definitely plays a role with access to health care, particularly in rural communities. Patients canceling appointments due to lack of transportation is a frequent occurrence.”

Because of age, income or disability, millions of Americans don’t drive, the majority of them living in rural communities, according to Smart Growth America, a Washington, D.C.-based nonprofit advocacy group that helps empower communities across the United States to create livable places, healthy people and shared prosperity. The inability of rural residents to easily access medical appointments, work, community events or even a grocery store has become a more critical issue.

Between 2007 and 2015, the demand for transit in rural areas increased by nearly 8% nationwide, based on research by the American Public Transportation Association. Options for these smaller communities include dial-a-ride service, vanpools and buses.

Public transportation not just for cities

“When the word transit is mentioned, people often think of subway trains and large bus fleets in major cities like Atlanta with a large and populous suburban area,” said Tom Q. Gehl, government relations director for the Georgia Municipal Association. “But nearly all exurban and rural communities in this state have citizens who rely on transit services – whether it is fixed routes or the more common paratransit that requires appointments. Investments in rural transit options are important in ensuring access to health care, education and jobs.”

In Georgia, the City of Hinesville and other cities across Liberty County launched a bus service with a one-way fare of $1 with discounts for seniors and Medicare cardholders. The service area is about 263 square miles, with a population of nearly 49,000.

Currently, Moultrie has a similar limited transit service that is first come, first served and must be scheduled before 2 p.m. on the day before you need it. Colquitt Regional Medical Center offers a non-emergency medical transport van service, but it too must be scheduled at least a day in advance.

Carpools have been ineffective. Moultrie City Manager Pete Dillard talks about one resident who launched a carpool. When his car broke down, he and his four passengers had to find a new way to get to work.

“Many of us don’t realize how much one dead battery or one bad radiator can blow up opportunities,” Dillard said. “Transit or the lack thereof affects the elderly, potential job prospects and health care. It really impacts all facets of life, even grocery opportunities or maintaining a healthy lifestyle.”

The tardiness of employees at National Beef became so bad that the company started offering bonuses to those who made it to work on time.

“We see our perfect attendance percentage average around 90 percent pretty consistently and we do contribute a lot of this to our attendance bonus,” said Kareem Kelly, general manager of the National Beef plant in Moultrie. “With our operation being somewhat of an assembly line, it is critical that we have our scheduled crew here.”

The UGA students’ research identified the four routes that would be the most helpful to local residents. The Red Route will serve residential areas, with a stop at the Boys and Girl Club. The Blue Route will serve local industries like Sanderson Farms and National Beef, and the Colquitt County Airport.  The other two routes will serve several senior living communities, with stops at the hospital and the YMCA.

A cost analysis by the students estimated it would cost about $966,000 to launch the service, and would take about four years to recover that investment with sales of bus tickets and passes. Individual tickets initially will cost $2, or riders can buy a weekly pass for $12.

The students also identified grants that the city could apply for to offset the initial cost.

“Projects like this give the UGA students real world experience that can’t be taught in a classroom,” Blalock said. “The transportation study revealed what we suspected, that there are those in our community who do not have adequate transportation to get from point A to point B. A mass transit system of some sort would greatly enhance the quality of life for this sector of our residents.”

Terry College student Cameron Falk said that the project, working with a local government and working as a team with other students, was a valuable experience.

“In any career, team-based activities will be incorporated and this Moultrie transportation project taught me how to manage my time, efforts and skills more effectively to successfully execute our final presentation,” said Falk, a finance, management and international business major from Marietta, Georgia.