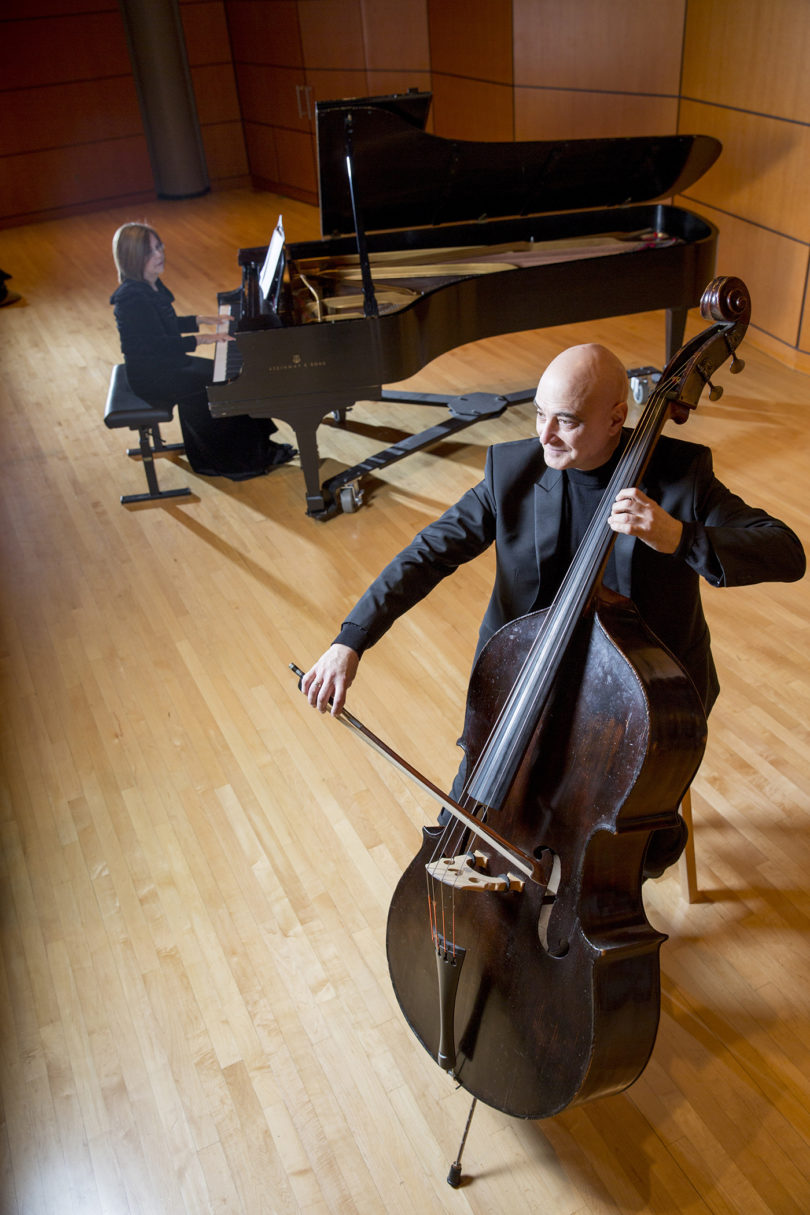 Milton Masciadri, Distinguished University Professor in the Franklin College of Arts and Sciences’ Hugh Hodgson School of Music, has been named UGA’s recipient of the 2016 Southeastern Conference Faculty Achievement Award.

The award, which is administered by provosts at the 14 universities in the SEC, recognizes professors with outstanding records in teaching and scholarship who serve as role models for other faculty and students. Winners receive a $5,000 honorarium.

“Dr. Masciadri has inspired students and audiences here on campus as well as in nearly two dozen countries on four continents,” said Senior Vice President for Academic Affairs and Provost Pamela Whitten. “His extraordinary instruction and performances build bridges of understanding through the universal language of music and highlight the global impact of the arts.”

Born in Montevideo, Uruguay, Masciadri is a third-generation double bass player who began his professional performance career at age 17. He joined the UGA faculty in 1984 and was the first professor in the fine arts to be named a University Professor in 62 years when he received the title in 2010.

He is the coordinator of two study-abroad programs in Italy and director of the Georgia International Double Bass Symposium, which has welcomed bassists from throughout the world to UGA for more than two decades. In 1998, Masciadri was named a UNESCO Artist for Peace. In 2015, he was awarded the Leonardo da Vinci World Award of Arts from the World Cultural Council.